The failure of Israeli authorities in the struggle against Jewish terrorism makes them its enablers. Yesh Din demands a special IDF deployment in order to protect Palestinians. 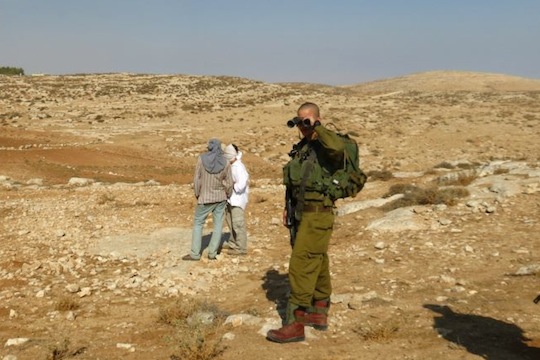 Yesh Din on Wednesday published its annual data sheet about law enforcement on Israeli civilians in the West Bank, and as usual, the data is not encouraging. You can see the full data sheet here.

To make a long story short, between 2005 and 2013, the SHAI (Judea and Samaria/West Bank) District Police managed to obtain indictments only in 8.5 percent of the cases Yesh Din monitors, while showing impressive incompetence by closing 84 percent of the cases due to investigative failure. This is not new: the data repeats itself every year. There is only one category in which the SHAI police outshone itself in the last year: the losing of cases. Since 2005, the SHAI cops managed to physically lose eight of the files; five of them were lost last year.

Yesh Din’s cases, it should be noted, represent just a small part of the offenses carried out by Israelis in the West Bank. The organization is not informed of all the incidents and even when it is, can’t handle all of them. The basic assumption should be that a case which is not actively followed by an Israeli attorney will suffer from negligence by the police, at the very least. The victim may not even be informed of the decision in the case.

The clear conclusion, then, is that the law enforcement agencies of Israel do not deter the ideological felons in the West Bank at all. The latter have already devised the ideology of “price tag”: it says that any action the government takes, or is forced to take, against the settlements and illegal outposts will be followed by violence against Palestinians, carried out by settlers and their supporters. The goal is to make it clear to the government that if it bothers the settlers, they – or their supporters – will burst the bubble of false quiet in the West Bank.

An effective and determined police force – and effectiveness is directly related to determination; the cops understand all too well the spirit of commands coming from the Prime Minister’s Office and the Internal Security Ministry, of the Government’s Counsel and the prosecution – would necessarily allocate the assets to quickly deal with Jewish terrorism. As of now, the police are incapable of deterring the ideological felons active in the West Bank. The energy of the felons, we emphasis, is not entirely directed toward “price tag” attacks: much of their violence is directed at the Palestinians residing in Areas B and C, the logical goal of which is to persuade them to abandon their lands, from which they can then be dispossessed.

But the police are just part, and not necessarily an important part, of the problem. The effective sovereign in the West Bank – “he who stands in the sovereign’s shoes” – is the IDF. The police are empowered to act in the West Bank by an order of the commanding general of the Central Command. And the IDF dodges, time and time again, its responsibility to defend the Palestinian population from Jewish marauders – a duty imposed on it both by international law and the rulings of the High Court of Justice, as a result of it being the occupier.

The army is supposed to remove several outposts in the coming months. History teaches us that such actions are followed by excessive violence towards Palestinians. Since the false evacuation in Havat Gilad (more on this to follow soon, hopefully) violence towards Palestinians in the region has spiked, and barely a day passes without an incident. In an attempt to prevent more Palestinians from joining the statistics of SHAI Police failures, Yesh Din called upon the commanding general, Central Command Maj.-Gen. Nitzan Alon in early June demanding that IDF forces in the West Bank be reinforced and redeployed anew, bearing the planned evacuations in mind.

The following is an excerpt from the letter we sent:

And therefore, we write to you urgently and demand that you allocate all the necessary assets to fulfill the obligation of the security forces to protect the lives, health and property of Palestinians in the next few months, particularly in the villages adjacent to the outposts about to be removed. Such deployment will prevent in advance the carrying out of ideological felonies in known friction areas.

And in order to emphasize the army’s duty and responsibility, we added the following:

Should the violent actions of settlers residing in the West Bank against Palestinians not be curtailed, we will consider the authorities, among them the military, who as we mentioned is in charge of securing the peace and safety of the Palestinian population in the West Bank, to be responsible by negligence for any damages; and we will recommend to the communities who consult us to sue them for damages.

The government’s avoidance of its duty to evacuate Amona reaches new heights. As we mentioned, we already asked the court to hold the government in contempt. Assuming an evacuation takes place, we’ll see whether the IDF, at long last, will fulfill its obligation to protect the Palestinians. I am guardedly pessimistic.