Israeli troops have crossed into Gaza over 70 times this year alone, according to the UN. And those are only the incursions we know about. 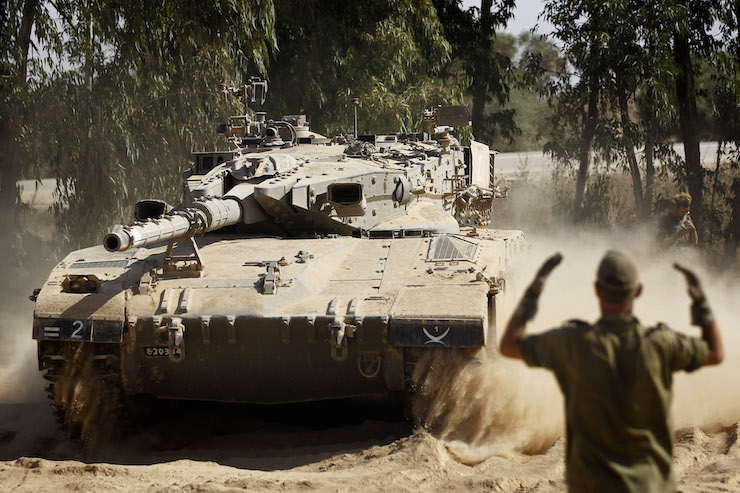 Since Israeli special forces troops got into a deadly firefight with Hamas commandos deep inside the Gaza Strip Sunday night, Israel has dropped dozens of bombs and missiles into Gaza and Hamas has fired hundreds of rockets into Israel.

That couldn’t be further from the truth.

Since the start of 2015 through the end of October 2018, the Israeli army made 262 known ground incursions and operations to level land inside the Gaza Strip, including over 70 this year alone. This does not include the unknown number of covert operations like the one that went awry on Sunday.

As one retired Israeli general explained on national television, such covert raids across enemy lines are actually rather routine. “Activities that most civilians aren’t aware of happen all the time, every night and in every region,” Tal Russo told Israel’s Channel 10 while discussing the events in Gaza.

According to data obtained by +972 Magazine from the UN Office for Coordination of Humanitarian Affairs (OCHA) in the occupied Palestinian territories, Israel carried out 21 incursions into Gaza in 2014 (excluding the seven-week war). The next year, in 2015, that number more than doubled, to 56 incidents. In 2016 and 2017, 68 and 65 incursions took place, respectively. By end of October 2018, 73 such incidents had been recorded, according to the UN data.

What is exceptional about Sunday’s action is not that Israeli soldiers crossed into Gaza, but that the military operation was exposed. Most of the time when Israeli forces infiltrate the coastal enclave, they remain within 200 to 300 meters of the border fence, Ibtisam Zaqout, head of field work at the Palestinian Center for Human Rights explained to +972.

Soldiers routinely cross in military bulldozers, not by foot, mostly to raze and level land in order to maintain line of sight in the Israeli-maintained “buffer zone” along the border, she added.

Israel hasn’t consistently determined the perimeter of this access-restricted area along the fence with Gaza, and it has often employed deadly violence to ward off Gaza residents. Between 2010 and 2017, Israeli security forces killed at least 161 Palestinians and injured more than 3,000 near the Gaza-Israel fence, according to a Gisha report published in August.

These regular restrictions of movement near the fence, which the report describes as “arbitrary” and “inconsistent,” are not only life-threatening, but they also severely harm the livelihoods of tens of thousands of Gazan farmers and herders, and stifle the strip’s economic development.

The restriction of movement along the fence, in addition to the daytime, overt incursions that affect farmers and scrap collectors, are just two examples of the ways in which Israel continues to exert control over Palestinians in Gaza despite the “disengagement” of 2005. Since Hamas took control of the strip in June 2007, Israel has also maintained a strict land, air and sea blockade.

The covert incursions we learned about Sunday night demonstrate something even broader, however. The raid came at the height of the most serious cease-fire talks we’ve seen between Israel and Hamas since 2014. That it occurred just hours after Israeli Prime Minister Netanyahu declared he was doing everything to avert another war, suggests that Israel did not intend for it to actually spark an escalation. In other words, there was nothing special about the cross-border raid other than the fact that it left seven people dead.

Asked on Monday about the frequency of cross-border incursions into Gaza in recent years, an IDF spokesperson would only say that the army “does not discuss such matters.”

[Editor’s note: In accordance with our legal obligation, this article was sent to the IDF Censor for review prior to publication. We are not allowed to indicate if and where the article was censored.]