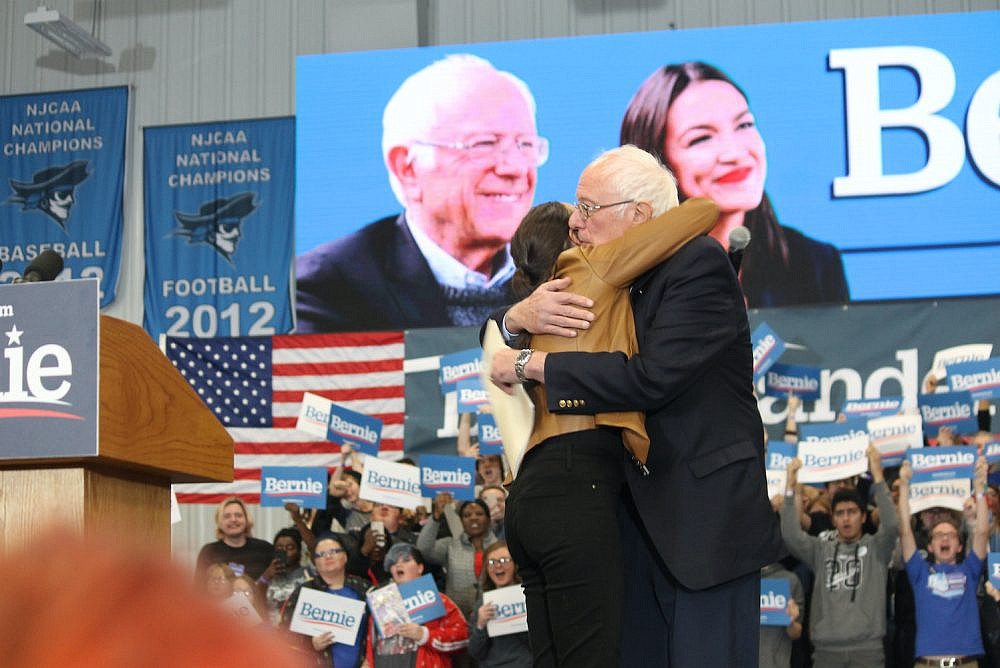 Israeli Prime Minister Benjamin Netanyahu and U.S. President Donald Trump have many political features in common, but one in particular stands out: their upending of the old political order. In the past four years, Trump has railed against a range of American institutions and labeled them as part of the “deep state,” with Netanyahu intensifying his own tirades after he was indicted on corruption charges. In doing so, the agendas of Netanyahu’s Likud and Trump’s Republican Party went from conservative to populist, stirred with a hint of revolutionary fervor.

The opposition in both countries — whether its neoliberal or reformist branch — has been caught with its pants down. During their respective elections of 2015 and 2016, Former Labor Party head Isaac Herzog and former Democratic presidential nominee Hillary Clinton tried to distance themselves from the left-wing segment of the opposition and did not present enough of an alternative to their audience, much of which was still relatively conservative. They fantasized about being carried to victory by the “center,” without using the word “left” (or Arabs or socialism, for that matter).

The segments of the right that did not connect to the new populist-authoritarianism, particularly the old guards of the conservative elites, either began jumping ship or were flung from it. In Israel, former Finance Minister Moshe Kahlon was compelled to establish a center-right party outside Likud, while so-called “princes” of Likud, such as Dan Meridor and Limor Livnat, also left the party.

Trump’s ascension in the GOP led to the emergence of the Never Trumpers, mirrored in Israel by the political moniker “Anyone but Bibi.” Both former presidents George H. W. Bush and his son George W. Bush did not vote for Trump in 2016. In Israel, Benny Begin, one of Likud’s most hawkish members and the son of Prime Minister Menachem Begin, resigned from his party and announced that he would not vote for Likud. But while the elites trickled out, right-wing voters for the most part stayed put with their parties.

Some of these right wing establishment figures joined the ranks of the opposition in the center, which in turn sought to bring in members of the right who could expand the voter base. In the United States, the Lincoln Project, a group of Republican advisers working to persuade party followers to elect Joe Biden to the presidency this week, and Israeli politicians like Yoaz Hendel and former Defense Minister Moshe Ya’alon, are a unique political phenomenon of the current era: “principled” conservative right wingers who switched sides due to a hostile takeover of their parties. They are by no means part of the center-right, but full-throttled right wingers and conservatives who oppose the populist leaders of their parties.

While these shifts were unfolding, new currents began to appear on the left. Bernie Sanders’ socialist camp, which swept up many followers over the past four years, has become an integral part of the Democratic Party that cannot be ignored. Even though Sanders lost this year’s party nomination to Biden, the rising influence of progressives can be found in the formation of a Sanders-Biden task force following the primaries, and in Biden’s selection of a Black woman for a vice presidential candidate. The American left is here to stay, and the Democratic establishment must live with it, especially in the face of a potential second Trump term. 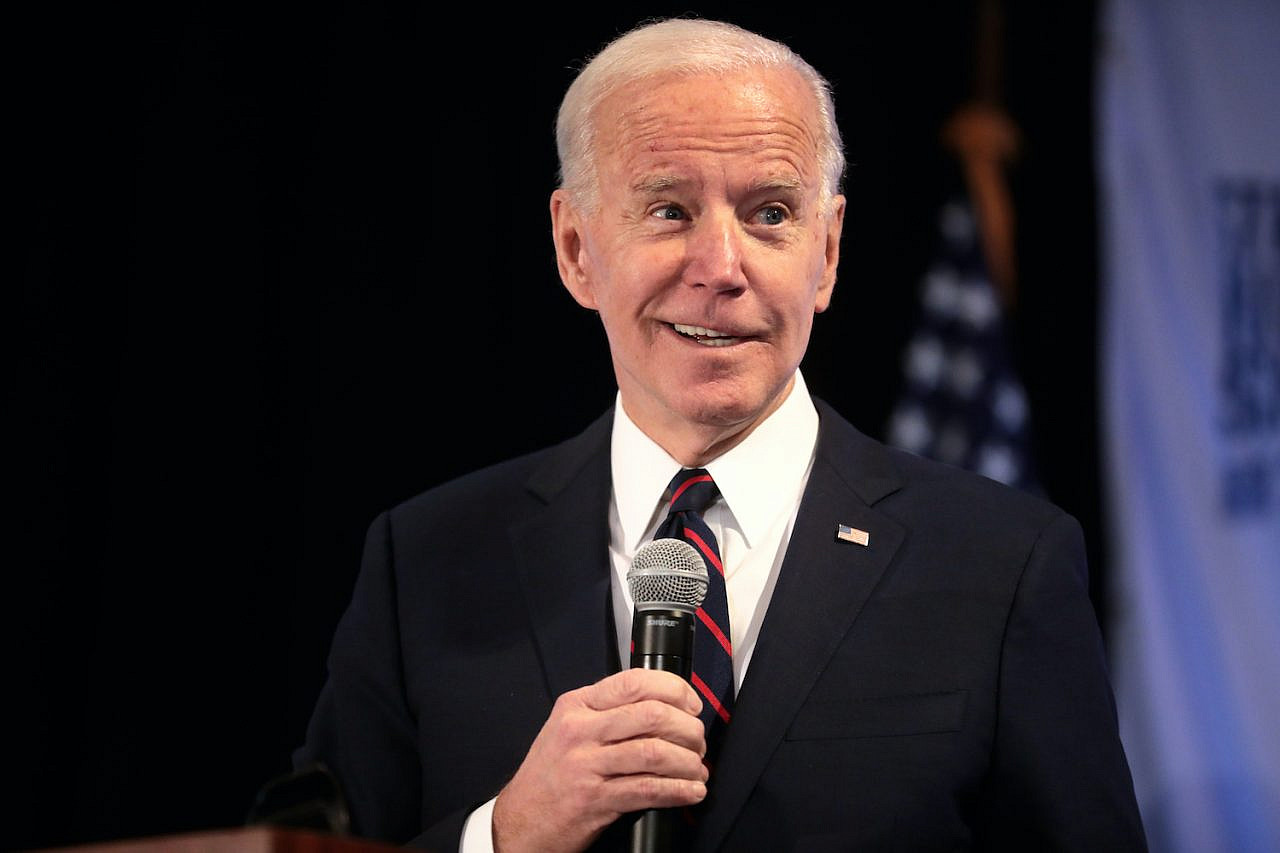 In Israel, too, we are seeing similar political shifts, despite what appears like an endless rightward drift. For the first time, and particularly since Palestinian citizens led protests against the Jewish Nation-State Law in 2018, Arab-Jewish political partnership has been developing outside the usual rules of the game.

The number of Jewish Israelis who voted for the Joint List, the slate uniting the four parties largely representing Palestinian citizens of Israel, is small but significant. The real story, however, is the unprecedented legitimacy given to Arab-Jewish cooperation by center-left voters; according to a poll conducted by the aChord Center at the Hebrew University in Jerusalem following the March election, 72 percent of Blue and White voters favored the formation of a minority government with outside support from the Joint List. Ayman Odeh, the head of the list, has become an accepted figure in center-left circles. These developments are happening under the radar due to the focus on the democratic crisis within the center-left — but they are nonetheless tectonic changes that have no precedent in Israeli political history. 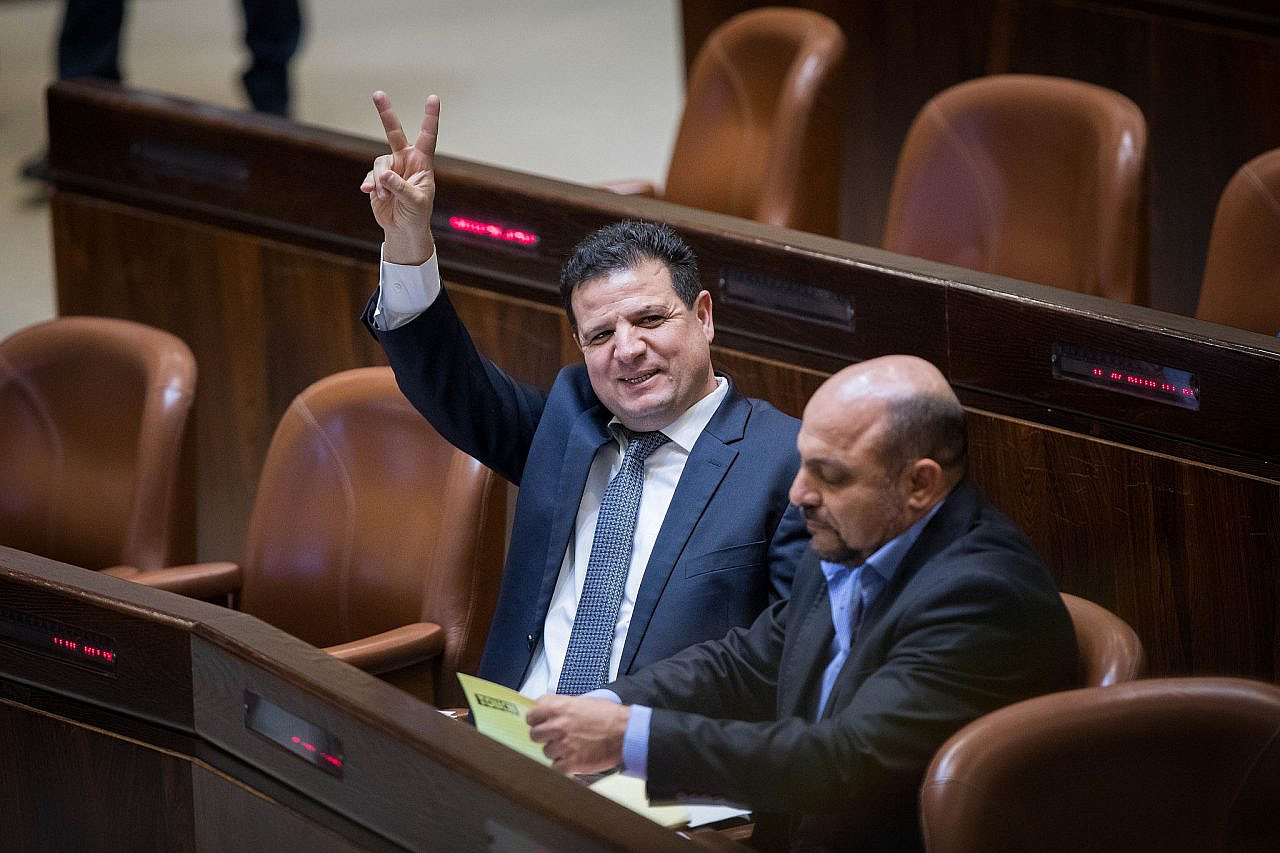 Joint List chairperson Ayman Odeh waves the ‘V’ sign for victory during a plenum session in the assembly hall of the Israeli parliament, on November 13, 2017. (Yonatan Sindel/Flash90)

Right-wing journalist and editor of Makor Rishon Hagai Segal wrote in February that the only significant achievement of the Blue and White party was the legitimacy it bestowed upon the Joint List. Although he wrote it to disparage Blue and White leaders Yair Lapid and Benny Gantz’s for briefly considering to partner with the Palestinian leadership to form a government coalition, Segal is probably right. Like the cooperation between the Sanders and Biden camps, both sides understood that, in Odeh’s words, “Arab Palestinian citizens cannot change the course of Israel alone, but change is impossible without us.”

A dilemma for the left

The encounter between the right-wing establishment and the renewal of the left is reshaping the dynamics of the opposition — from its centrist elements to the left — in the face of the populist right.

On the one hand, it seems that in light of the “emergency circumstances” brought by the populist right, the left bloc of the opposition — whether it is the Sanders camp, the Joint List, or the anti-occupation wing of the anti-Netanyahu protests — has become a permanent partner in the camp.

On the other hand, the conservatives who defected from the right are actively shaping the opposition to fit their worldview. The “Never Trump” Republicans who backed Biden have outwardly rejected the Sanders platform. After the last election in Israel, opposition to a Joint List-backed center-left government came from Yoaz Hendel and Zvi Hauser, two former Likud members who defected to the opposition over Netanyahu’s corruption trial. Like in the United States, the right wingers who joined the “Anyone but Bibi” camp also joined the “Anyone but Ayman Odeh (and the Arabs)” camp.

This change is most evident in the winds of opposition blowing outside the Knesset, and most of all in the wave of protests against Netanyahu. On the one hand, there is a strong bloc of red flags and anti-occupation slogans that have become an integral part of the movement. On the other, we are also witnessing a search for “democratic” or “principled” right wingers who can raise the protests to a critical mass. These two impulses live side by side so long as the “dangers” posed by Trump and Netanyahu remain. 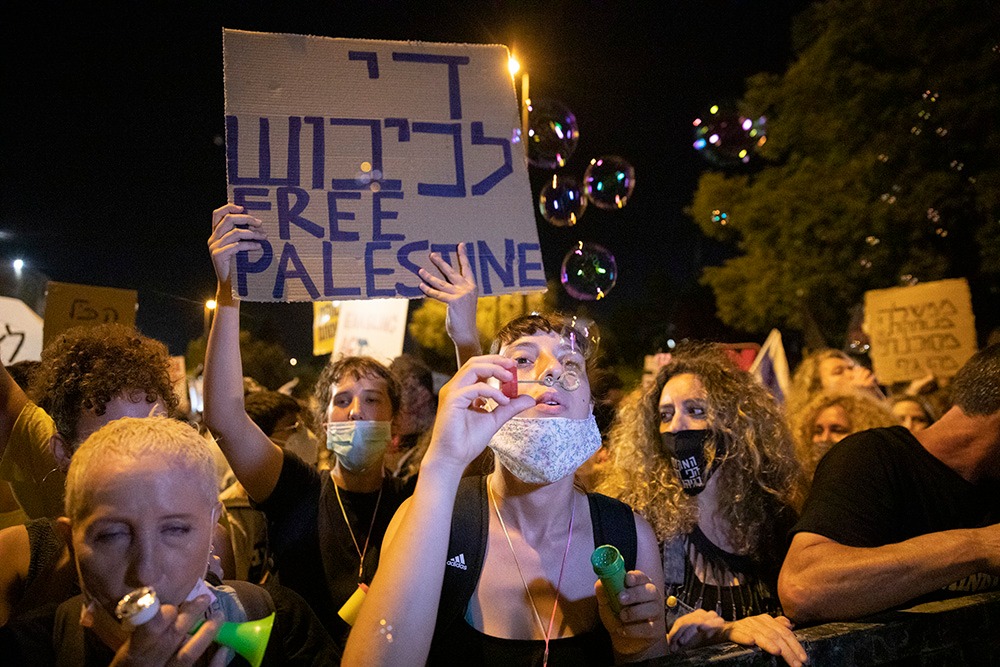 There is no doubt that this dual dynamic poses a dilemma for the left. If the only goal is to replace Netanyahu or Trump, then the Knesset could be full of Handels and Hausers, and the U.S. Congress could be full of “moderate” Republicans who have resigned from the party. The result may be that, instead of populist right-wing governments, we will have conservative right wing ones.

This strategy, even with its sacrifices, has been somewhat successful. A Pew survey from early October shows that nine percent of Republicans and Republican-leaning independent voters support Biden, and a CNN poll conducted later that month indicated that 15 percent of respondents who identified as conservative plan to vote for Biden. Similarly, in the last elections in Israel, quite a few right wingers ditched Likud for Blue and White.

Yet we must not forget that there is still value, even if only electoral, in presenting the public with a viable alternative. If the essence of the opposition is solely to get rid of Netanyahu, and the left is the only group leading the charge, then there is no reason for center-right voters to ever join the left’s ranks — assuming it is at all clear what the left means in Israel’s case.

In the United States, we see how positing clear ideological alternatives — whether it is Sanders’ democratic socialism or the Black Lives Matter movement — has inspired protests to spread and pushed people to join the real left. In Israel, this still seems like a fantasy. After decades of occupation, racial discrimination within the ranks of the left, and ongoing delegitimization, it seems almost impossible. But if there is any hope for Israel’s left in the post-Netanyahu era, it lies with echoing the path taken by its American counterparts.

Ariel David is completing research requirements for a Political Science PhD at the Hebrew University of Jerusalem. His main research area is contemporary Jewish political ethnicity.