Palestinian solidarity groups and pro-Israel Jewish groups both stay away from a theater production that addresses the extremists on both sides of the conflict. 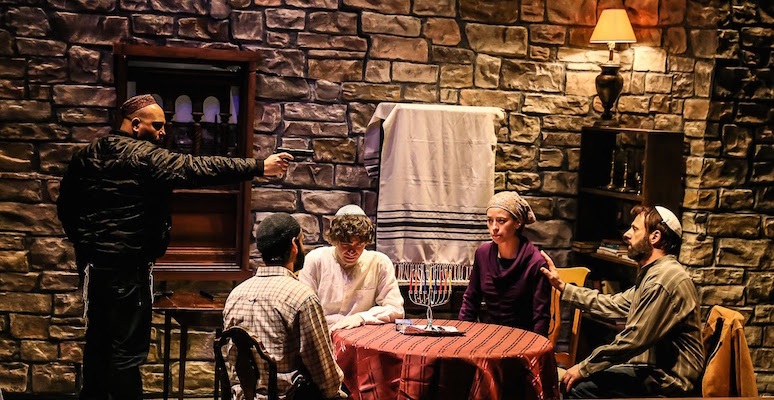 “Thank you for reaching out to us, however, as SJP has a policy of non normalization, we will not be advertising this play.”

This was the response we received from a local chapter of Students for Justice in Palestine when we invited them to take part in a series of talkbacks that we are conducting in conjunction with Martyrs Street, my play about Hebron currently playing at Theater for the New City.

While I understand the frustrations and failures that led to the anti-normalization movement, I still questioned their response. Did it come out of the sense from the press release that the play equates Hamas with Jewish extremists? Was it simply the fact that I am a former commander in the IDF? Or does the rejection of dialogue include those working to end the occupation?

Another rejection came from a journalist for a Jewish publication, who wrote to me:

“Quite frankly, neither my readers nor I need another left-wing, New Israel Fund-type slander against the Jewish State. We have quite enough of it in real life.”

Whatever their reasons, both SJP and this journalist missed an opportunity to influence the way people think and act on issues of occupation and separation. While they may come from opposite sides of the conflict, both make the same mistake under the guise of anti-normalization – the refusal to build reciprocal relations with the other side.

Martyrs Street tells the story of two houses on the same street in Hebron. One is the home of a Palestinian professor who may be forced out of her home by Israel because of the actions of her son, a bomb maker for Hamas. The other is inhabited by a cell of radical Jewish settlers who plan to bomb a rally by anti-settlement Jews in Jerusalem, in order to prevent the coming evacuation of their home. The stories that unfold intertwine to reveal how moderates are left with fewer and fewer options as the logic of radicals appeals to increasing numbers. 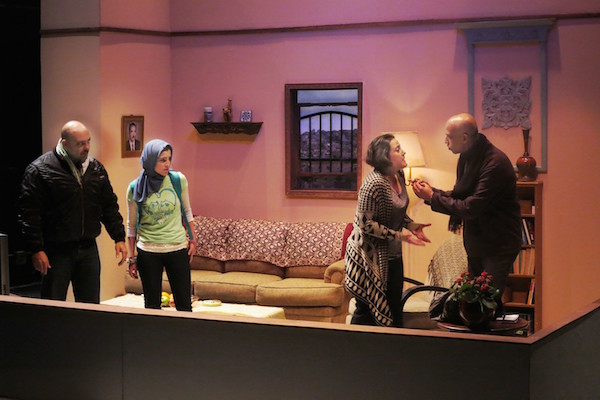 Both Jewish and Arab publications have praised the play for its fairness. Audiences have expressed leaving with a far more nuanced sense of the complexities of a conflict with many different sides. People who have not seen it are the only ones refusing to engage, based on knee-jerk associations they have with words and perceived identities. As Nizar Farsakh, former head of the Palestinian Liberation Organizations’s general delegation to the U.S., said in a talkback following a performance: “To many of us, our ancient ancestors have become more important than our children.”

Those reflexive reactions happen to us when we hear certain key words, to which we each assign different meaning. These words – for example, Zionism or Hamas – can shut down conversations regardless of their content. In a talkback following Martyrs Street’s second performance, Dr. Ian Lustick, one of the leading American voices pursuing alternatives to the two-state solution, was asked whether he considers himself a Zionist. “Depends on your definition of the word,” he answered. Lustick supports a continued Jewish presence in the land. For many on the Palestinian side, that makes him a Zionist and a foe, despite his calls drop the definition of Israel as a Jewish state. Yet he is also considered an enemy by many on the pro-Israel side, despite his tireless work as a Jew to find a way for other Jews to live in peace in Israel.

This week, we will be hosting two talkbacks with Avraham Burg, once the chairman of the Jewish Agency, the ultimate representative of global Zionism. Today, he is a member of the Joint List of Arab parties in Israel. In his recent publications, he writes that Zionism has fulfilled its purpose and must now give way to something new: a joint Palestinian-Israeli state, based on full equality and socialist principles. Would right-wing Jews rules him out for supporting one state? Would SJP rule him out for being Israeli, or for the positions he once held? Burg’s vision may or may not be practical. But his evolution is proof that labeling people — or works of art for that matter — without hearing their words, prevents us from creating the meaningful partnerships we need to fight effectively for peace.

Martyrs Street runs until April 26th at Theater for the New City. Misha Shulman is a Brooklyn based playwright, rabbinical student and the founding director of the School for Creative Judaism.