A new video portrays a ‘nightmare scenario’ in which Jerusalem residents elect a Palestinian mayor. 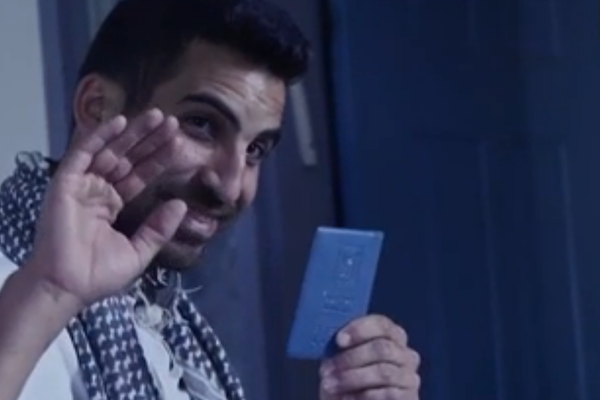 One would think a group that calls itself “Save Jewish Jerusalem” would hail from the right side of the political spectrum. But when it comes to maintaining Israel’s demographic dominance, it seems there isn’t much of a difference between the Right and Left.

The initiative, which seeks to maintain control over Jerusalem through further disenfranchising its Palestinian residents, released a racist video on Wednesday, portraying a scenario set in 2020 in which an Arab is elected mayor of the city, after its Palestinian residents (nearly 40 percent of the population) decide to vote in municipal elections. Despite having the right to vote, Palestinians have largely boycotted Jerusalem’s municipal elections for the last 50 years in protest of Israel’s occupation and annexation of East Jerusalem.

In the video, which its creators fashioned as a horror-thriller, revolves around a Palestinian political leader trying to convince a group of militants that the only way to get Jerusalem back is to do exactly what Netanyahu warned about on election day last March: go to the polling stations “in droves.”

After years of trying to kill Israeli Jews in a variety of ways, the leader tells the militants that it is time to “beat them using their own weapon: democracy,” and convinces them that every Palestinian resident in the city should take advantage of their right to vote in municipal elections, since they are the majority. (The video assumes that by 2020, Palestinians will constitute over 50 percent of Jerusalem’s population).

The video then shows a Palestinian man armed with explosives and guns walking to a polling station. When he arrives he puts down all of his weapons down and instead wields his new weapon — a blue ID card. The video then flashes to two months later, when the leader of the group has become Jerusalem’s new mayor. The leader is congratulated over the phone with an “Allahu Akbar” and “the Temple Mount is in our hands,” a direct reference to a similar quote by Lt. Gen. Mordechai “Motta” Gur, whose IDF division captured the Old City of Jerusalem in the 1967 War. A large picture of the Grand Mufti of Jerusalem is seen behind the new mayor’s desk, straddled by photographs of Netanyahu and Rabin.

The video is offensive and blatantly racist, portraying all Palestinians from East Jerusalem as violent and solely interested in wiping out Jewish Israelis. It is as if the systematic discrimination against Palestinians in access to water, housing, classrooms, infrastructure does not exist.

“Save Jewish Jerusalem” advocates that Israel “disengage” from the 28 Arab villages it annexed in 1967 (which today comprise East Jerusalem), relinquishing the residency rights of around 200,000 Palestinians in order to “repair the damage of the 1967 historic mistake” and ensure Jerusalem can maintain a large Jewish demographic majority. From the website:

Most of the Palestinian Arab villages annexed to Jerusalem in 1967 will be excluded from the sovereign territory of Jerusalem. IDF and other security forces will enter and operate in the villages that have been separated from Jerusalem – just the way they are currently operating in villages and areas of the West Bank.

Thus the group proposes that East Jerusalem — which is already occupied as far as the world is concerned — be put under direct military occupation. The only difference is that it wants Israel to strip all the Palestinians who live there of their remaining rights, thereby making East Jerusalem just like the West Bank, expanding and entrenching occupation further. It even boasts that such a “disengagement’ would lift the “heavy economic burden on Jerusalem and Israel” by “saving taxpayers an estimated NIS 2 to 3 billion (about $525 to $788 million) per year.

And what about all the Jewish settlements built over the Green Line that have been annexed to the city? They get to stay: “Full sovereignty and municipal unity and uniformity will be in force on all Jewish Jerusalem, including Jewish neighborhoods built after the Six Day War. Jerusalem will also include the Old City, the “Holy Basin” and the original Jerusalem neighborhoods surrounding them.”

The group, Save Jewish Jerusalem, is mostly made up of former generals and other ex-military careerists and politicians (mostly male, mostly of Ashkenazi origin) who identify as part of the Israeli peace camp. It includes Shaul Arieli, one of the lead negotiators of the Geneva Initiative, and Ami Ayalon, the former Shin Bet head and Labor Party MK who launched a two-state peace initiative with Sari Nusseibeh in 2003. Last month the group launched a billboard campaign posted around Jerusalem with the messages, “Shuafat is not our Jerusalem,” “Jabal Mukaber is not our Jeruaslem,” in reference to two East Jerusalem neighborhoods. It is noteworthy that out of 33 founders, there is only one woman.

Other than its explicit racism, the video — and the initiative as a whole — is a total affront to the notions of civil and democratic rights, treating the right of individuals to have a say in who represents them as a privilege to be given or taken away. It completely disregards the reality on the ground for Jerusalem’s disenfranchised Palestinians, and assumes that further separation between Palestinians from Israelis will somehow make the city a safer place for all to live.