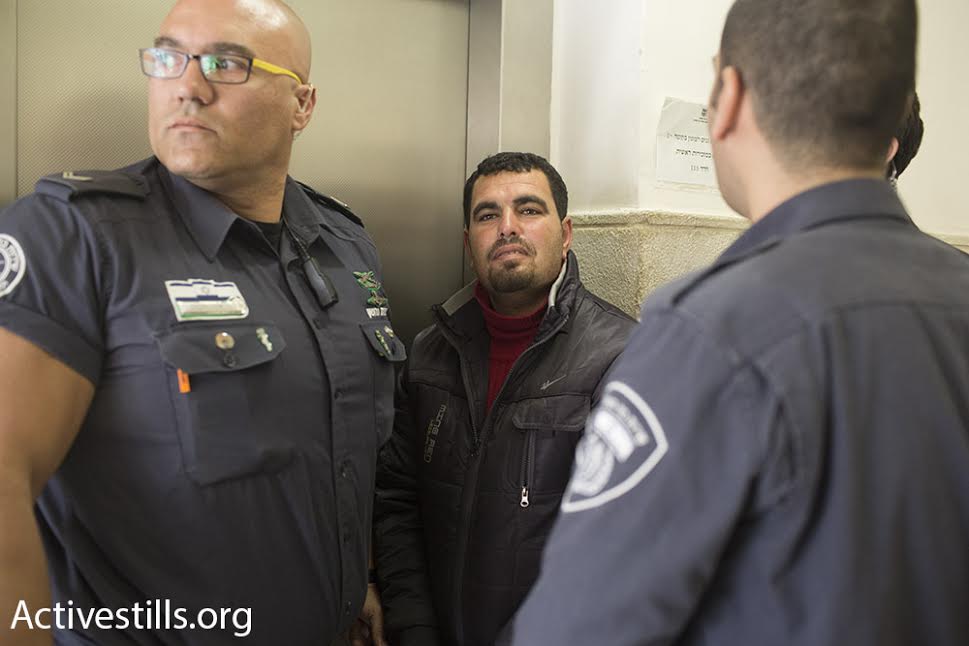 What happened to a Palestinian man named Nasser Nawaj’ah on Thursday could fill an entire chapter of a textbook about the Israeli justice system, or rather, about its military occupation.

Nasser was arrested in the West Bank by Israeli soldiers on suspicion of filing a complaint to the Palestinian police about another Palestinian. The soldiers hand him over to Israeli police, who take him from the West Bank to Israel. There, a Jerusalem Magistrate’s Court judge rules that the court doesn’t have jurisdiction over Palestinians, and orders him released unconditionally. The police appeal the judge’s decision, but the Jerusalem District Court also rules that it doesn’t have jurisdiction, and once again orders the police to release the man unconditionally.

The Israeli police ignore the Israeli court’s decision, take the Palestinian man outside Israel’s sovereign borders and bring him to the Ofer Military Court in the occupied West Bank. There, Israeli authorities ask a military judge (who is actually a major in the army) to extend the Palestinian man’s remand. The man’s lawyer is not present this time. She is still back in Israel, in Jerusalem, busy filing an emergency petition to hold the police in contempt of court.

Nasser Nawaj’ah explains to the military court that all he did was to report to the Palestinian police a Palestinian man who he thought was trying to harm him, and that he doesn’t understand why that could possibly be illegal.

The military court judge says he feels “uncomfortable” with how this is all happening, and with the fact that Israeli authorities transferred a Palestinian man from a court “in Israel” to a court in “the region” (the West Bank). In other words: this is the opposite of the normal scenario, in which Palestinians are brought only to military courts in “the region.” Nevertheless, the military judge rules that Nawaj’ah be kept in custody until Sunday, using the charming logic that in military courts — as opposed to civilian courts — four days in jail isn’t anything to get worked up about.

Meanwhile, the petition to hold the police in contempt of court is still pending. Recall that the police completely disregarded and mocked the District Court’s order to unconditionally release Nasser Nawaj’ah, instead smuggling him out of the country and out of the court’s jurisdiction.

All of this happened while two other arrestees in the same case, suspected of the same crimes, and who happen to be Jewish, are processed though an entirely different legal system.

Update: On Friday morning, Nawaj’ah’s attorney filed an emergency petition for writ of habeus corpus to the Israeli High Court of Justice.

A version of this article first appeared in Hebrew on Local Call — read it here.