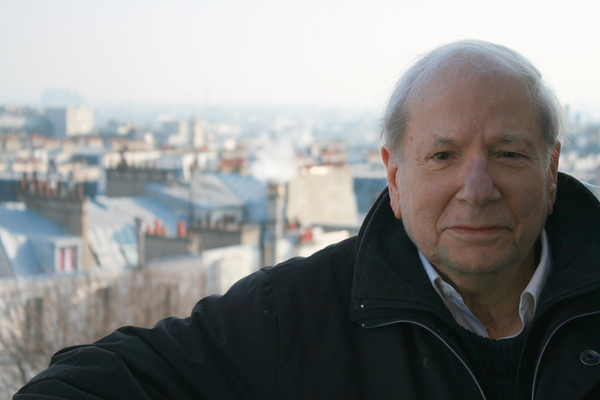 When settlers and Rabbis called the policemen and soldiers of Israel “Nazis”, hardly anyone spoke out. When I voiced criticism over this, I received phone threats.

Then, last week, when MK and MD Professor Aryeh Eldad sided with rabbis who warned their flock not to rent or sell property to non-Jews, I remembered that in Nazi Germany many physicians also identified with Hitler. The term “Nazi” now lingers once more in the air, but on the opposite side to that of settlers who swore at soldiers. The word “Nazi” now lingers because the Rabbis who signed the racist declaration committed an atrocity against Jewish history.

A duck may be declared as such if it looks like a duck, talks like a duck and walks like a duck. Nazis began their assault on Jews by by humiliating them, by forbidding them to share life with Germans. The benches on the boulevards were marked “Germans only”. The Nazi claimed that only someone possessing of pure German blood could be a part of the German nation.

Rabbis and other racists, who popped up like mushrooms following a rain of anti-humanist sewage, fear dangerous encounters between Jews and Arabs or life among gentiles. Much in the same did the Nazis, unlike the Italian fascists, fear intermarriage and launch campaigns of defamation and humiliation against their resident enemy. At first they did not consider murdering the Jews. The wanted to isolate them, to discriminate against them, to have them fired from their workplaces. They refused to share a park-bench with them and called on them to immigrate.

Those who wished to immigrate and had the opportunity could flee, even with their assets. Prior to becoming the driver of Jews to their death, Adolf Eichmann worked in Vienna and later in Prague as the head of a state agency devoted to forcing immigration on the Jews. The Nazis wanted the Jews out of Europe, which, in their eyes, they had soiled. Annihilation began only after the Nazis could no longer await immigration and the nations of the world refused to receive the refugees.

Thus, the racist actions committed by the Rabbis and by much of Israel’s population today is old-school racism which we are adopting sixty five years after the Holocaust. Pure German blood massacred the Jews. Jewish law is rich with goodness and rich with ugliness, but when Rabbis speak on television about wanting to expel Arabs from this land and not co-reside with them, we must remember of whom these rabbis and other racists learned their craft.

This is because if anyone who voices such opinions and acts according to them at home and on the street would look at the map knowing its measure, they will understand that none of it would work without a horrible punitive action. There’s hardly enough in a decree forbidding Arabs from living in the town of Safed or a housing project for Jews only built in Jaffa, or in the occupied territories of the West Bank. There, the expulsion, the robbing and the beating of anyone who isn’t Jewish has already been permitted by Jewish law.

All that’s left for them then is annihilation, otherwise the Arabs will avenge, helped by the international community. This may well be the case, and just as the Nazi state crumbled so will this Israeli state, so distant from the culture of Israel, from the values of Israel, from the wisdom of Israel. Those who do not know history and do not know the Holocaust turn the Holocaust into a rope by which to hang and hate those who live here and are not of our own: the immigrant workers, the children of mixed marriages and non-Jews in general.

One rabbi, interviewed on television this week, was shocked to hear blasphemous Rabbis being called “racists”. Nearly in a cry, with his startled eyes shut, he said something like “how can the word racism could ever be said in relation to Rabbis?”

These are the crooked and corrupt, because the word “racists” weighs heavy on that vacant and vehement fool and reminds him, heavens forbid, of the Holocaust. What does it do? Remind him? And this is while all that was ever done in the struggle of religious Zionism against Jewish nationalism, against the gentiles, against the God of Israel, is all racism in the spirit of the Nurnberg laws.

Had that God existed, then I assume, grace of first hand acquaintance, he wouldn’t have wanted to see “National Wailing Wall” in Jerusalem as a sort of pagan golden calf taken for Jewish by them, its plaza split into separate sections for men, women, gentiles and foreigners. It is much like the “gold-less” calf that the Jews had when they left Egypt, and was surely created of looted Egyptian jewelry, or where else would the gold come from?

Soon the nations of the world will declare their acceptance of a Palestinian state in accordance with the 1967 borders. Israel will stand alone. Will the Jews of this world, whom Israel’s Rabbis put at risk, accept the verdict? And what then of the State of Israel? It shall become another episode in the history of the Jewish people.