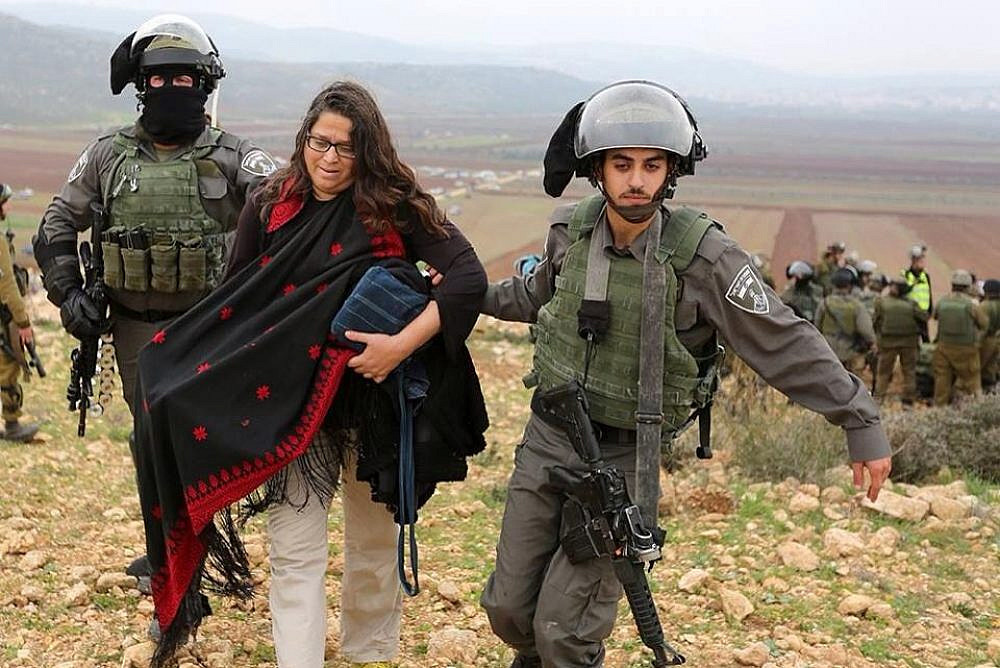 On Feb. 21, I walked from my home in the Old City of Nablus in the occupied West Bank to a shop downtown, to fax a letter to the Ashdod Magistrate’s Court. I had been summoned there after being arrested in January 2020 during a protest against the siege of Gaza. In my letter, I announced that I had no intention of appearing at the hearing, out of solidarity with Palestinian administrative detainees who have been on strike since Jan. 1, and are boycotting the military court system to protest the abusive practice of administrative detention.

The shop owner, who had no idea about the contents of the letter, refused to take my money. Because I have been living in Palestinian communities for 22 years, I have almost gotten used to such everyday gestures of courtesy and generosity. They are but one expression of an invisible safety net that I have come to know and depend on. Every society has its problems, but I feel incredibly fortunate to have the honor of living with Palestinians.

But it was not always so. Growing up in Tel Aviv in a family of Ashkenazi Jews, the narrative I heard was that we Israelis were morally superior to “the Arabs.” My father would tell us to watch our bags and pockets whenever we would enter a Palestinian area. My grandmother would warn us that “an Arab will hug you with one hand and stab you in the back with another,” and tell us around the dinner table that “a good Arab is a dead Arab.”

I was 16 when the First Intifada broke out. I knew very little about the occupation, and nothing about the Nakba, but I understood that Palestinians were fighting for their freedom and, in response, we were killing them. When the Oslo Accords were signed, I hoped that things would change for the better, and I wanted to be part of that change. Little did I know they would turn into yet another mechanism for the dispossession of Palestinians.

I started traveling to the West Bank in the ‘90s. For the first year and a half I was terrified every time I boarded a Palestinian minibus leaving from occupied East Jerusalem; I was sure that everyone around me wanted to kill me. And every time, after my anxiety subsided, I was able to see that they did not. That, in fact, they were not concerned with me at all — they had other things related to their own lives on their minds. I was shocked to discover that “they” were actual human beings. 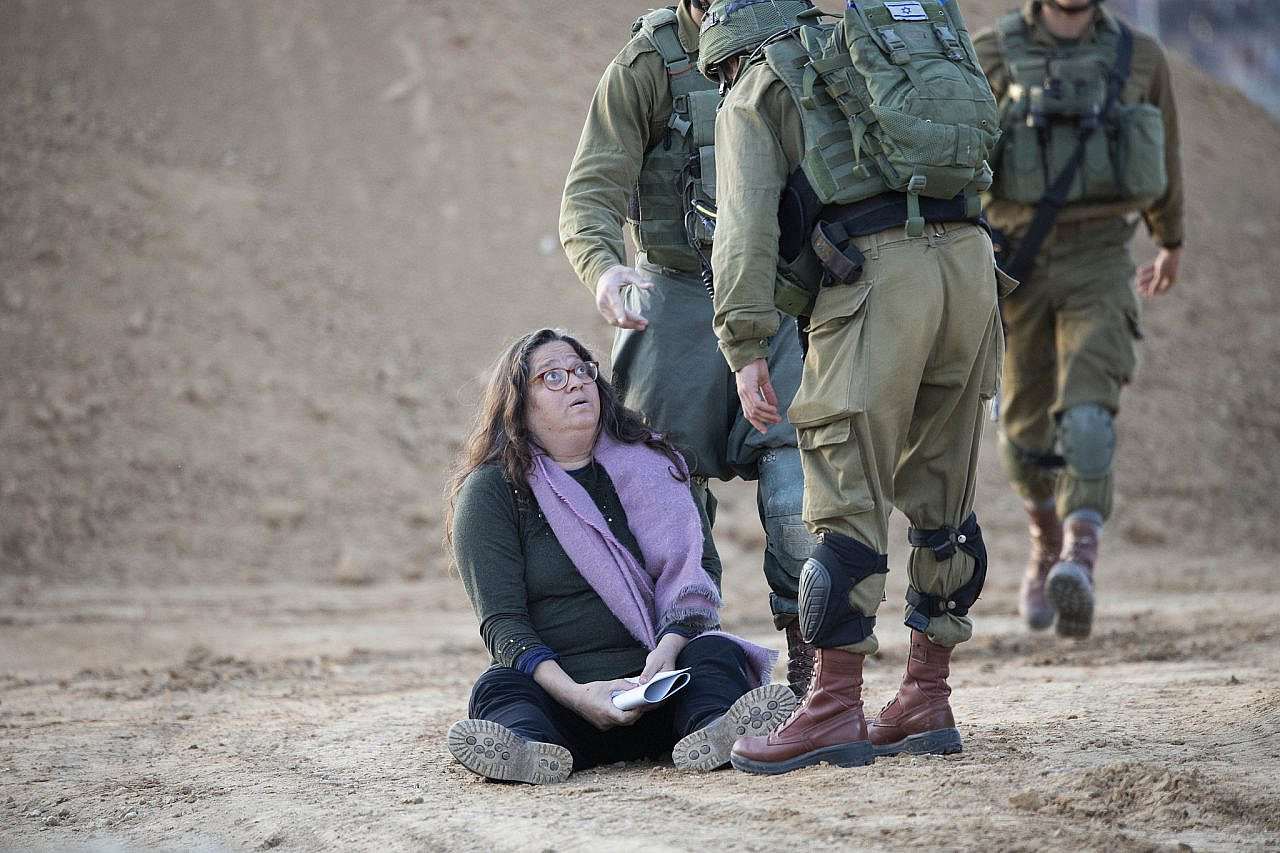 Neta Golan being apprehended by Israeli soldiers during a protest by Israeli activists against the siege on Gaza, at the Israeli side of the fence, December 2018. (Oren Ziv)

After a long process of staring into my fear, I realized that, despite the fact that no one mentioned the Nakba during my childhood, the people whose homes, graves, and trees were all around me were prevented from returning here, while I was allowed to be here in their stead. It is no surprise that I feared them: it is the same fear that all colonialists or beneficiaries of racist systems develop toward the people they have displaced or oppressed.

As Israelis, we are born into the Zionist project, which is based on the ongoing dispossession of the indigenous Palestinians. But alternatives to this project of subjugation exist: we can live alongside Palestinians rather than at their expense. And as Israeli citizens, we can use the privileges granted to us by the apartheid regime to dismantle the system of discrimination and oppression. For the sake of everyone living here — regardless of nationality or religion — we can join the struggle for Palestinian liberation.

Apartheid policies thrive in the dark, but when we bring enough attention to them they begin to shrivel. This is why I told the court about Amal Nakhleh, an 18-year-old Palestinian who suffers from a serious illness and has been held in administrative detention for over a year. Administrative detainees are held for indefinite periods of time on the basis of “secret evidence” that alleges they may commit a future offense. The detainees are never put on trial, and neither they nor their attorneys have access to the evidence.

As part of the strike by Palestinian administrative detainees, Amal boycotted his hearing before an Israeli  military court in January. In his absence, the judge approved the Shin Bet’s request to renew his detention until May 17, at which point it may be extended again. And again. 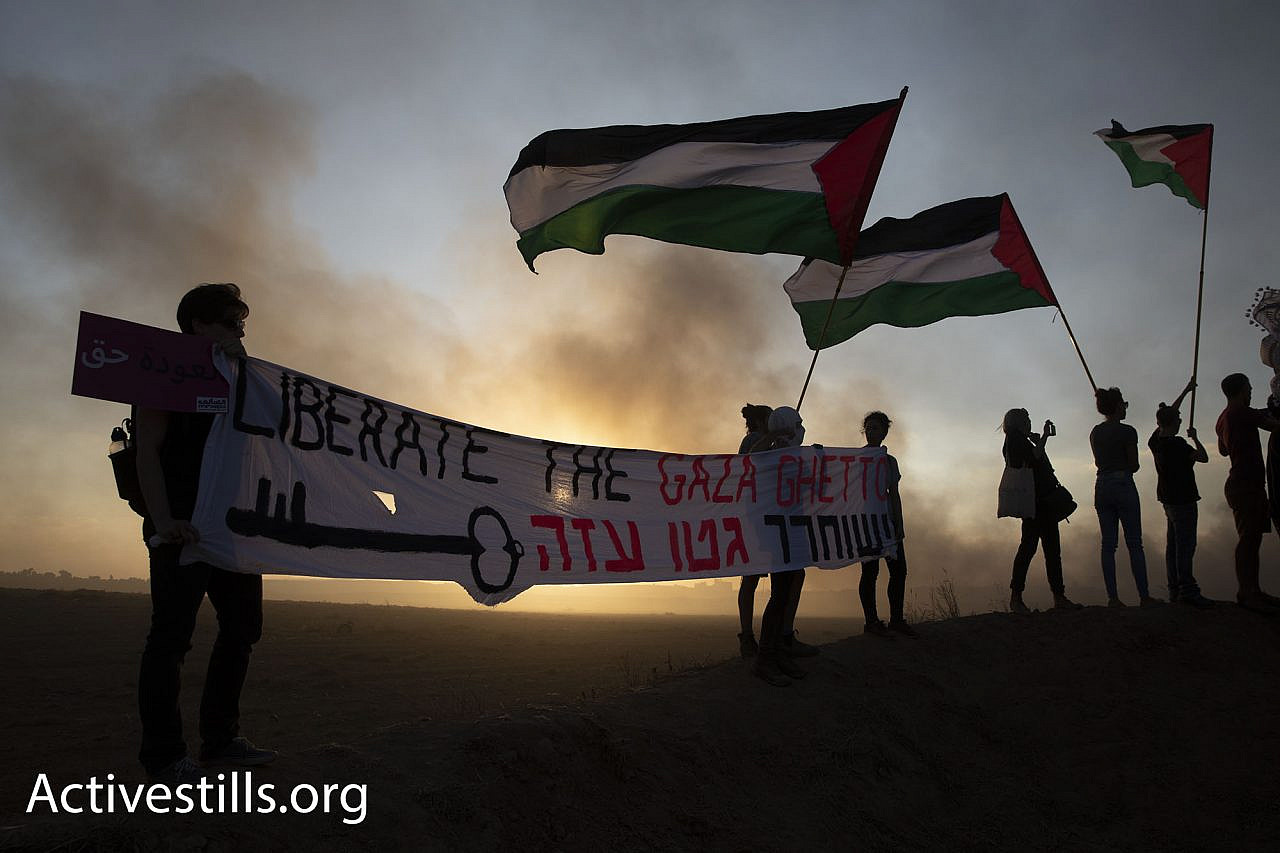 Israeli and international activists protest at the Israeli side of the Gaza fence in solidarity with the ‘Great Return March’ by Palestinians in Gaza, September 2018. (Oren Ziv)

I told the court that unlike Amal, I was given the opportunity to travel to Ashdod and defend myself against the charges. But the rights granted to me because my grandparents were Jews who immigrated to Palestine from Europe are denied to Palestinians living in the territories occupied by Israel in 1967 and the Palestinians who were violently expelled from their homeland in 1948, as well as their descendants whom Israel still prevents from returning.

Should I be imprisoned, my privilege as an Israeli citizen guarantees that I will be released upon finishing my sentence. This is not true for the two million people who have been imprisoned for the last 15 years in the besieged Gaza Strip, including around a million children who were born and have lived their entire lives under the constant threat of deadly violence — their only crime being that they were not born to Jewish mothers.

Oppression and apartheid are dehumanizing for both the victims and the perpetrators. Enjoying privileges at the expense of others cannot be separated from the fear, racism and incessant violence that sustains it. Justice, in the form of return and reparations for Palestinian refugees, will not only liberate Palestinians. It will liberate us too.

Neta Golan is an Israeli anti-apartheid activist and an active member of Israelis Against Apartheid, Return Solidarity, and Boycott From Within. She lives in Nablus with her partner, their daughters and their cat, which is considered an illegal act under Israel's apartheid laws.