The only thing odder than Netanyahu’s “un-American” comment is the White House’s response.

Although the latest Israeli announcement of settlement expansion in East Jerusalem drew the usual verbal slap on the wrist from the U.S., the media didn’t make much of it – until, that is, when Prime Minister Netanyahu decided to call that criticism un-American on American TV. 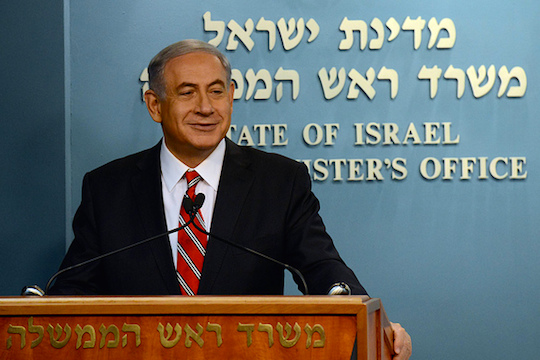 The White House of course felt compelled to respond. On Monday Deputy Press Secretary Josh Earnest called Netanyahu’s choice of words “odd” – another in a series of adjectives that U.S. government spokespersons pull from their thesaurus to show their dismay at Israel’s settlement enterprise.

While media headlines called this a harsh response, even if you understand  Earnest’s use of the term “odd” as somewhat facetious, his comments were not harsh as much as telling of the dynamic of the U.S.-Israel relationship over the last few decades and certainly between Netanyahu and Obama in recent years.

In effect, Earnest exposes the gap between what Israel claims to stand for and what it actually does – and in turn the failure of the U.S. to match its policy to its words.

The U.S. knows this, but for various reasons (chief among them the lucrative nature of the American-Israeli weapons business and the power of AIPAC to ruin political careers) it limits itself to condemnations – but no actions. It did come close during the Gaza war when the White House withheld a shipment of Hellfire missiles and threatened to review every Israeli requests for American arms individually. But that didn’t last long.

The fact is that as “odd” as Netanyahu’s rhetoric is on the U.S. (not to mention actions such as endorsing Romney for president and meeting with Sheldon Adelson just before Obama last week) the U.S. comes out looking even odder. It on the one hand condemns settlement building over and over again, using as many different words as it can muster to express its disapproval, but it ultimately enables it because it has chosen not to take any concrete steps.

We oppose any unilateral actions that attempt to prejudge final status issues including the status of Jerusalem. These can only be legitimately determined through direct negotiations between the parties that this president has worked hard to try to facilitate.

Israel has been unilaterally prejudging final status issues since 1967. The act of redefining the municipal boundaries of Jerusalem two weeks after the Six-Day War to expand its capital by 70 kilometers was the most definitive unilateral action it has taken – possibly ever. This is why the U.S doesn’t recognize Israel’s annexation of East Jerusalem and won’t put its embassy there.

But it has stopped short of outlawing Israeli settlements. The farthest it has come is when U.S. Secretary of State called them “illegitimate” during his failed attempt to restart negotiations last year. This is not enough.

If the U.S. wants to be taken seriously, if it wants to do away with the obvious conflict between its words and deeds, it needs to make the settlements illegal and put in place a set of punitive consequences.

Without this, Netanyahu will continue to do as he pleases – and when he states that America’s criticism of his actions are “un-American,” he won’t be totally wrong.