Two Palestinians, Muhammad Abu Thahr, 22, and Nadim Nuwara, 17, were pronounced dead at a Ramallah hospital on Thursday after being shot by Israeli soldiers during a Nakba Day demonstration. According to human rights organization B’Tselem, one of the youth was not breathing upon arrival at the hospital and died on the operating table. 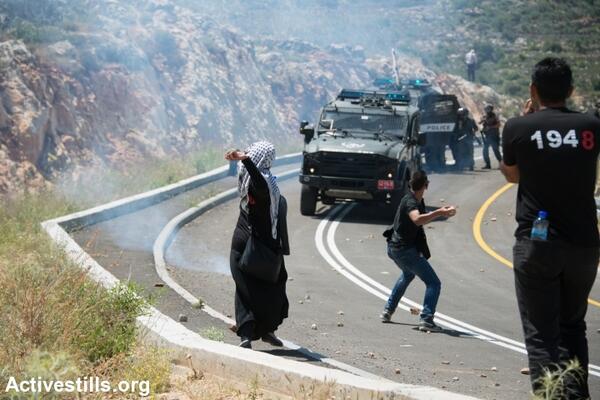 Palestinians throw stones at an Israeli military jeep during a Nakba Day protest in the village of Al-Walaja. (photo: Activestills.org)

The two were shot during a demonstration marking Nakba Day outside Ofer Military Prison in the West Bank city Beitunia. A photojournalist who was at the protest told +972 that the Israeli army used large amounts of both live ammunition and tear gas, and that one of the dead was shot in his neck.

For more +972 coverage from Nakba Day:
Who’s afraid of the right of return?
Liberating Israeli Jews from the dark legacy of the Nakba
A rights-based discourse is the best way to fight dispossession