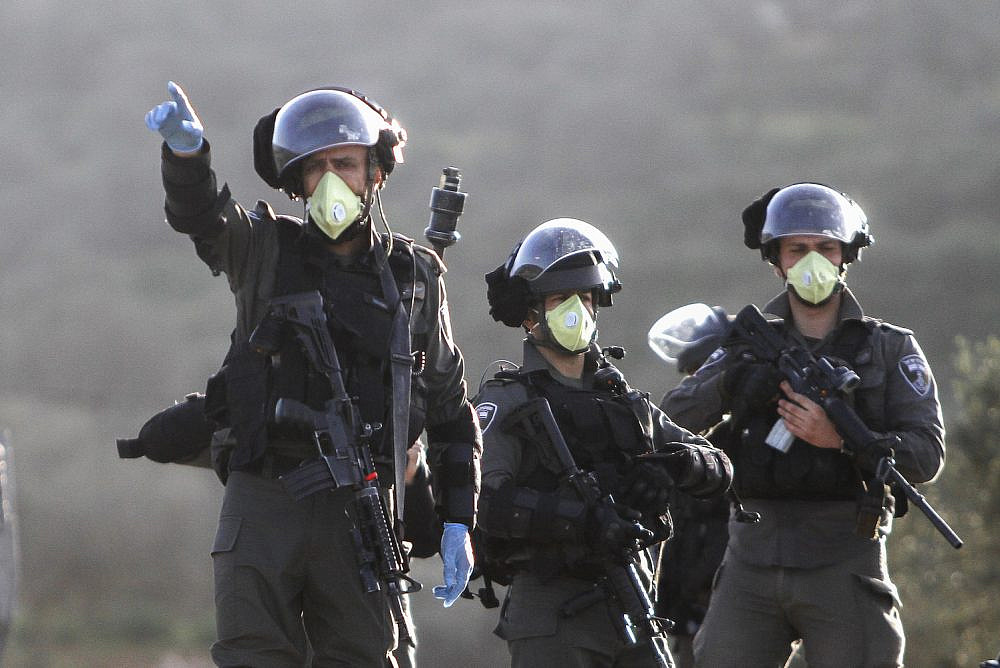 It is impossible to know how strong or weak a house is until it is hit by a storm — whether its foundations are stable, its infrastructure is capable, or its roof is properly sealed. All of these are now being put to the test as the coronavirus storm hits our shores and gains traction in Israel and the occupied territories.

This is as true of our personal homes as it is of the national and global scene. Everything is put to the test in moments like these, from long-term government plans to the quality of training for service-providers.

Like in any surprise test, there are those who begin by improvising, forced to think on their feet with little time to spare. Fairly quickly, however, it becomes clear that one cannot rely on improvisation alone; our success largely depends on the extent to which we have prepared ourselves ahead of time.

Suddenly, stories of the “Start-Up Nation’s” remarkable achievements seem fleeting and all too fragile in the face of the state’s abandonment of the public sector. Israel’s health budgets have been systematically dried up for years, and the consequences — including a severe lack of available hospital beds, tests, and ventilators — are clear for all to see. The education system has been all but suspended, since the necessary investment in online learning technology wasn’t made in time. All of this is surfacing only a month after the first Israelis were diagnosed with COVID-19, and just before the hard weeks that still lie ahead.

All the while, the so-called “peace process” has been pushed into a faraway corner of the Israeli national psyche. These two words — which were worn out and laughed at long before the raging global pandemic — are little more than a cover up for our nation’s reluctance, and chronic incompetence, in dealing with what is fast becoming an existential necessity.

Living in the Gaza Strip, the West Bank, and East Jerusalem are millions of Palestinians over whom we have stubbornly refused to give up control. And with control comes responsibility. How will we deal with Gaza should the number of coronavirus cases there soar? What will we do when we run out of ventilators, and those infected in the West Bank are unable to breathe?

Israel is not just responsible for its nine million citizens, but for all 14 million human beings living under our control between the river and the sea. Yet its stranglehold over the Palestinian people has never been so shortsighted, presumptuous, and dangerous.

We actively prevented an entire nation from building themselves a national home, a state. We ruthlessly crammed them into Bantustans, making it impossible for them to develop their own economy, public infrastructure, and normal diplomatic relations. We bombed hospitals and power stations in Gaza, without stopping to ask ourselves what might happen when the sick come to the fence asking for medical treatment that we have refused to supply them. 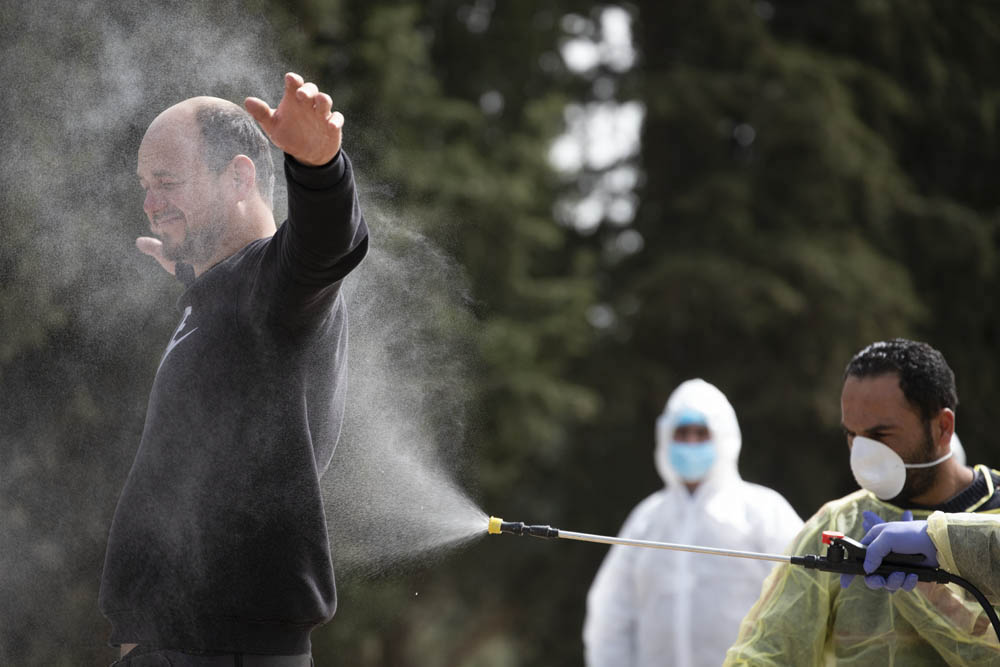 Palestinian health workers disinfect Palestinian workers as they cross back from Israel into the West Bank at a checkpoint in Tarqumiya, March 27, 2020. (Wisam Hashlamoun/Flash90)

Now more than ever, it is clear that the unfettered capitalism and frenzied nationalism that has guided successive Israeli governments have failed us. It is still too early to know if populist leaders such as Donald Trump, Jair Bolsonaro, and Boris Johnson will pay for their blunders, or if, like their friends Viktor Orbán, they will exploit the crisis to intensify their assault on the rule of law and further fortify their power.

Civil society activists have our work cut out for us. We must help in whatever way we can to fight the pandemic. We must keep a watchful eye on the authorities’ attempts to snatch power, to ensure that the crisis is not exploited to irreversibly damage our democratic institutions. And we must bravely set out our vision for a better future.

Those on the left can no longer allow ourselves the luxury of remaining quiet or ashamed of who we are and what we believe in. For us, the key word has always been, and remains, solidarity. True solidarity, which demands greater investment in our public services and fewer empty tributes from our balconies.

The solidarity we demonstrate for each other now will shape what kind of country we live in the day after the coronavirus subsides. Our solidarity with the Palestinian people will determine whether we can replace the never-ending occupation with a different future, in which another nation is no longer subject to our rule.

This is not a drill — it is code red. We must seize this moment and release the millions of Palestinians under our control, so that they may finally govern themselves freely. If we decide once more to put it off, we will never recover as a nation. We can choose to come out of this crisis better equipped to face the difficult decisions ahead, or we can continue burying our heads in the sand. The choice is ours.

Before you go…
A lot of work goes into creating articles like the one you just read. +972 Magazine is nonprofit journalism, owned by many of our writers, editors, and journalists. In order to safeguard that independent voice, we are proud to count you, our readers, as our most important supporters. With your support, we can keep +972 Magazine a strong, independent, and sustainable force helping push the global discourse on Israel/Palestine.
DONATE
More About Coronavirus