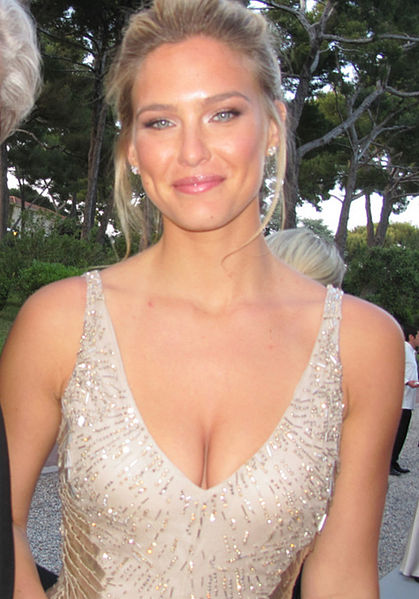 Israeli top model Bar Refaeli, whose every move, shmooze, instagram and tweet is reported extensively in Israeli media, got herself in a bit of a jam when one of her posts on Twitter didn’t seem to meet the criteria demanded by the masses who support the assault on Gaza.

The response was quick and lethal (almost like a bird of “pray”, which is how I suppose Refaeli would spell it (sorry Bar, I had to…)). She was bombarded on Twitter, and the mainstream media picked up on it, too [Heb]. She was even hit by fellow celebrity “The Shadow”, who calls himself a rapper (God knows why), who wrote the following [Heb]:

Good morning, Dear Mrs. Refaeli. With all due respect to the beautiful tits and ass that you care to show and represent on every magazine cover around the world, maybe you could represent your people, too (Israel is not the U.S., in case you forgot). Stop trying to seem humane and of a beautiful soul. You just come out hypocritical and fake.

Today, Refaeli tweeted and seemed a bit more in line with official party agenda, despite a tang of rebelliousness (and this time in Hebrew, of course):

Good morning, trying to concentrate on the important things, sending reinforcements to residents in the south and to our brave soldiers! And oh no, I’m still praying for the safety of innocent civilians.

That’ll teach her. She better not stick her neck out again. Or else!