Adam Verete, the Israeli high school teacher who almost lost his job in January due to complaints by a student that he expressed “left-wing” views in the classroom, was fired by the school on Sunday. According to reports in Israeli media, the ORT school in Kiryat Tivon notified Verete that he was being dismissed due to budget cuts, which include cutting the subject he was teaching: Jewish thought/philosophy. Other teachers are reportedly being fired and some are having their hours scaled back due to the budget constraints.

Back in January, Sapir Sabah, a student identified with the extreme right in Israel, filed a complaint with the education minister claiming that Verete had called the Israel Defense Forces an immoral army and by doing so, was disparaging the state of Israel. Verete was called by the school administration for a hearing which, from the recordings, can only be described as modern-day Israeli McCarthy-style tribunal. 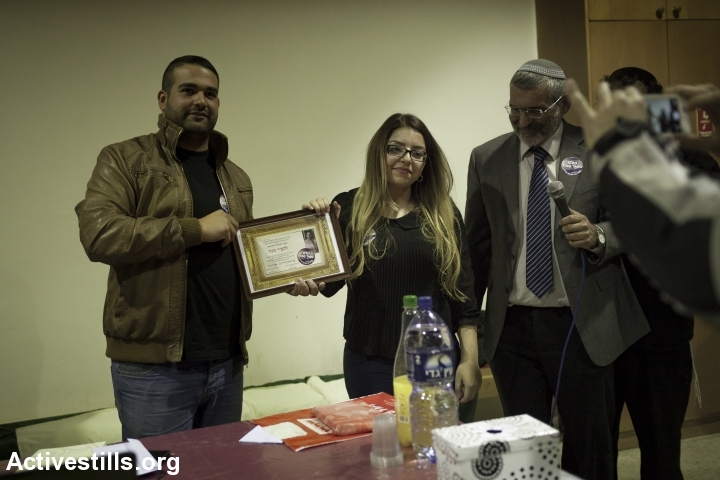 The school immediately treated him as guilty, and  at the time said that it cannot employ teachers who discourage students from enlisting in the IDF – since this is one of its core values – and suggested he save everyone the trouble and resign. Verete insisted that he was facilitating a critical and open discussion of the notion brought up by a students that the “IDF is the most moral army in the world.”

Verete said at the end of the hearing: “It is our bad luck in this country that a discussion of human rights is considered to be delusional leftism. If I say that certain acts contradict human rights — whether that person is a refugee from Africa or a Palestinian at a checkpoint — if that’s considered a political statement, then the situation is severe. It can’t be that basic humanistic values are a political statement. They’re not.” After two hearings and a minor media storm, ORT decided not to fire him.

At the time I wrote in The Forward that the most disturbing part of the affair is what it says about how values are categorized in Israel as left or right: “Adam Verete is “left” because he prompts critical thinking of the state’s most sacred pillars — security and military — whereas Sapir Sabah is “right” because she is  patriotic and blindly pro-IDF.

While the ORT school may indeed be in financial trouble, let’s just say that of all teachers to fire, I think they let one of the good ones get away.