Less than two months into 2012, the pace of Israeli demolitions and displacements of Palestinians is already outstripping the same period in 2011. Israel seems to be taking advantage of the American election cycle to push settlement expansion in the E1 territory, which even the former Bush Administration halted due to threat it poses to two-state solution. 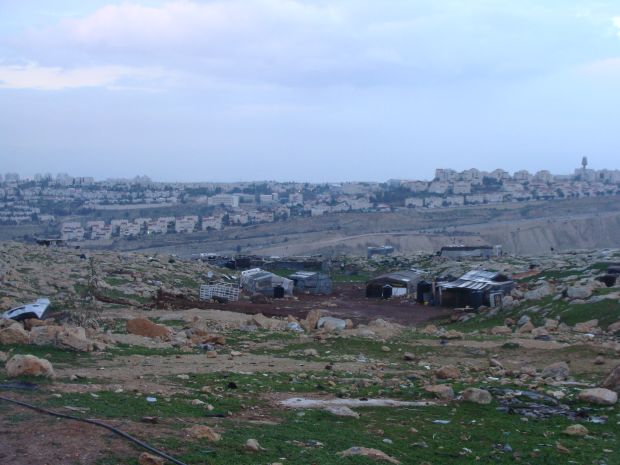 Located in the E1 area between East Jerusalem and Ma’ale Adumim—a zone that Israel is developing to break up Palestinian contiguity in the West Bank, making a Palestinian state with East Jerusalem as its capital impossible—Jabal al Baba is a tiny collection of tin and scrap shacks, built between smooth, white boulders. On one side: the wall. On another: the wall. Ma’ale Adumim, with its neat rows of red rooftops, stands in the distance. A trash-strewn, dirt road is the only way in and out of the village, which is perched on a hill. 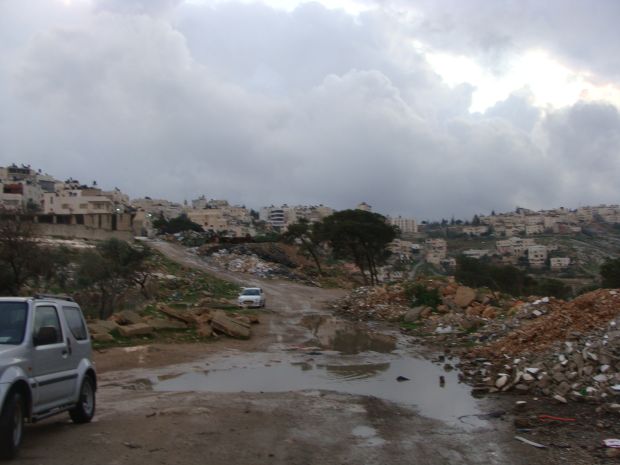 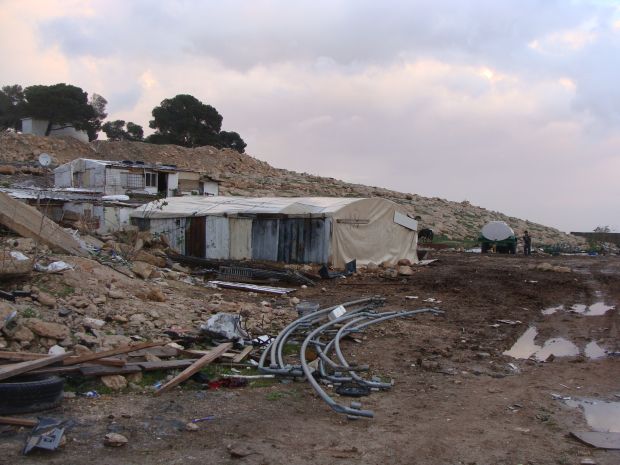 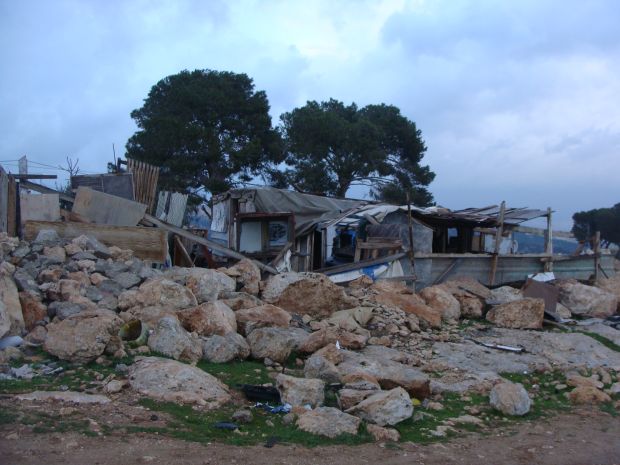 Despite the fact that Jabal al Baba is hemmed in by the separation barrier, there are no weekly protests here like those in Bilin and Nabi Saleh. So, for the most part, the media doesn’t come.  Because, you know, if it doesn’t bleed, it doesn’t lead.

Two weeks ago—while journalists were busy with Israel’s screeching about Iran and the mindless chatter of American presidential candidates—Israeli authorities delivered evacuation orders to nine families in Jabal al Baba. Villagers estimate that approximately 60 people will be affected. That’s just this time round. If the international community doesn’t step in and put the brakes on Israeli expansionism—the unchecked growth on occupied territory that  goes hand-in-hand with displacing Palestinian and Bedouin—locals anticipate that, some day, the soldiers and Border Police will come for the whole village.

Their fears aren’t misplaced. The Israel Civil Administration—whose work is less than civil—intends to expel Bedouins from E1 to expand the illegal settlement of Maale Adumim. These plans were announced in 2011, a year that saw a dramatic increase in demolitions and displacement in the Occupied Palestinian Territories.

But two months in, 2012 already looks like it will be a record-breaker.

According to the United Nations, Israel “forcibly displaced” 159 Palestinians and Bedouins in East Jerusalem and the West Bank by February 14 of this year. During the same period in 2011, 116 people been displaced.

As of February 24, 2012, the UN reports, 30 houses and 80 other structures were destroyed and 207 Palestinians and Bedouins had been displaced. 114—more than half—of those displaced are children.

It is no coincidence that Israel is stepping up its efforts to push Bedouin and Palestinians out of occupied territory now, during the American election cycle. While these moves would ordinarily draw criticism from the US—and indeed did so in 2008 under George W. Bush, when plans to develop E1 were postponed since Israeli construction there was seen as the last nail in the coffin of a Palestinian state—American politicians are staying quiet now as, god forbid, they cost their political parties any Jewish votes.

And then, of course, there’s all the noise about Iran, which occupies space that might otherwise go to stories about Israeli demolitions.

The day I visited Jabal al Baba, a fierce winter storm was coming in, rising up over the rocks, falling down hard on the shacks. We were ushered into one and, as we sat down on the thin mats that double as beds, a young man with a keffiyeh wrapped around his head started a fire. He asked a teenage boy, who I’d later learn to be his nephew, to go make tea for us all. The man sat, feeding the fire, log by log, to make sure we stayed warm. I wondered if they’d have enough wood left for themselves.

In fluent Hebrew—which the men learned in while working as a construction worker on an Israeli settlements because, as they put it, there’s no choice—the Bedouin of Jabal al Baba insisted that we stay; that we wait out the storm with them. As we got up to leave, they urged us to come back for a visit, a longer one. “Stay the weekend,” they said, adding, “It’s beautiful here.”