Never has a prime minister appointed a defense minister so far beyond the consensus. For the first time in a decade, it feels like fewer people truly buy into Bibi’s lies and theatrics. 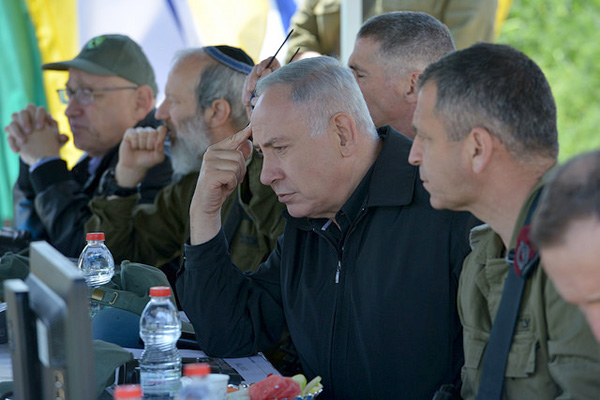 Throughout his years in the public spotlight, Netanyahu and his advisors have been successful at doing one thing: to completely control the story of the State of Israel.

It does not matter whether they were able to do so because they are talented at doing so, or because they use deeply-entrenched Jewish and Israeli motifs: victimhood; persecution; siege mentality; the Arabs as a representation of the devil incarnate and the heirs to the Wermacht; Judaism as a supreme category whose fate, near-annihilation by anti-Semitism — is different than the rest of humanity (a fate prevented only due to aerial bombings and God).

We know all this, and yet the left-wing, liberal camp has been sitting by helplessly for an entire generation, perhaps even longer. The Left has never been successful — or has even tried — to challenge this story. The Jewish public simply does not want a different story. Israeli Jews want to feel special and in danger, and every political movement that builds on these fears succeeds at becoming a dominant force. Every step taken under the guise of these fears is justified: the occupation itself, of course, justified but so are other acts of cruelty against non-Jews, as well as the arrogance vis-a-vis non-Jews abroad. That’s the story. Am Israel Chai — the nation of Israel lives thanks to miracles and unregulated use of force.

But something in this story is now falling apart. We are hearing people in the heart of the Israeli Right saying: wait. There are things we mustn’t do. Maybe this story is so wrong that it actually justifies strange and reckless behavior. Such as appointing Avigdor Liberman defense minister, for example.

If we understand things as such, the resignation of Avi Gabai (along with that of Yisrael Beiteinu’s Orly Levy and former Defense Minister Minister Moshe Ya’alon) from the Netanyahu-Bennett-Liberman government, is significant. It is the earthquake happening under Netanyahu’s rule. 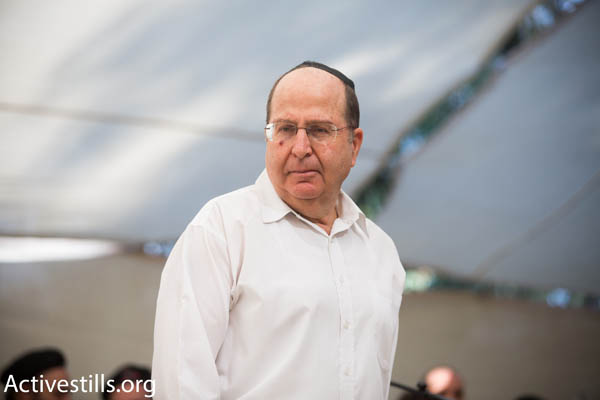 It’s not just a change in the people running the country. It’s not just the fact that people no longer want to work with him, including diehard rightists. It is the fundamental psychological change taking place here over the past few weeks, which signals one thing: Netanyahu is no longer able to tell the story of Israel. His point of view, the story he is trying to sell — the Holocaust and the Mufti — are no longer the point of view of most Israelis. At least not entirely. This is a drastic change from the past few decades.

Things we must pay attention to: Netanyahu’s story of “widening the coalition” has turned into the story of Ya’alon’s resignation and the appointment of a defense minister whom nearly every Israeli (and non-Israeli) prefers didn’t get the job. If Israelis wanted Liberman as a top political leader, his party would not have just barely passed the election threshold. Never has a prime minister appointed a defuse minister so beyond the consensus, and the Israeli public understood this immediately. This is the most important failure in Bibi’s story. The story that an Arab attacked dozens of policemen in Tel Aviv didn’t work either: Israelis know that their police force is violent, and that appointing Roni Alsheikh to police commissioner was a poor choice.

And even at the end of last week, when Netanyahu tried to connect the “Left” and the “media” to a horrifying case of rape (this is the prime minister of Israel), Minister Avi Gabai, one of the most honest and respected people in the government, announced that he was resigning, explicitly saying it was due to the danger of appointing Liberman. Including those same “trends” that Deputy Chief of the General Staff Yair Golan warned against last month.

The story is everything. And Netanyahu can no longer tell the story like he could in the past. This is wonderful news; for the first time in a decade, there is a feeling that fewer and fewer people feel the need to protect him, while more people no longer believe his lies or theatrics. Honest rightists such as Moshe Ya’alon and Moseh Arens, Avi Gabai and Orly Levy are saying “enough is enough.” And I believe, perhaps, that we are closer to the end than it seems.

Alon Mizrahi is a writer and a blogger. This article was first published in Hebrew on Local Call. Read it here.