Try as it may, the Israeli government will never be able to detach Palestinian human rights from its own security situation. 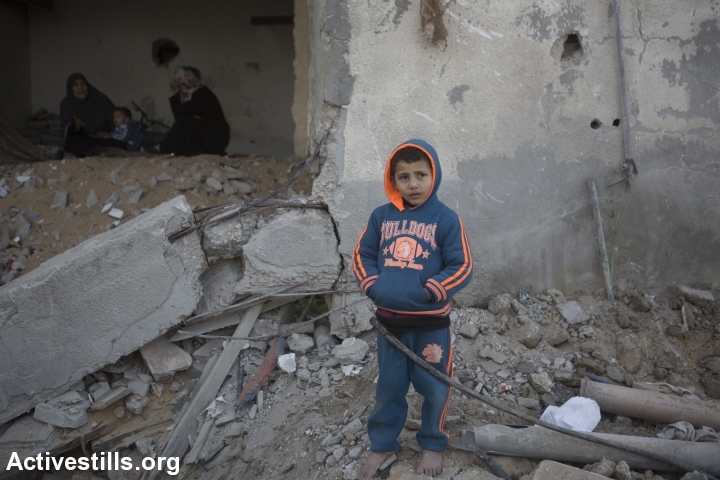 This week marks exactly one and a half years since the last Gaza war, although most of the time the tiny strip of land barely exists in the Israeli public consciousness. Now that the possibility of another round of fighting has emerged, Gaza is back in the headlines.

Recent weeks have seen multiple reports by the Israeli military on Hamas’s attempts to re-build its tunnel infrastructure, with some tunnels already projected to have been dug into Israeli territory. Israeli satirical comedy show Eretz Nehederet recently poked fun at the situation with a sketch featuring an Israeli resident of a Gaza border town who complains about the insufferable noise caused by the drilling below her kitchen. A Hamas militant then pokes his head up from under the dirt, asking the Israeli why she hasn’t yet offered him a cup of coffee. Business as usual.

As if the tunnels weren’t enough to remind us that the 2014 Gaza offensive failed to provide Israelis with security — and that’s without even getting into its lasting effect on the Palestinians — the head of Israeli Military Intelligence, Herzl Halevi, told a closed-door meeting by the Knesset Foreign Affairs and Defense Committee on Tuesday that Gaza is on the brink of economic collapse. Despite Hamas’s genuine efforts to restrain violence, Halevi said, the situation in Gaza is so bad that it could lead to more violence. In other words: Israel’s blockade policy is not working.

Various Israeli proposals to build a seaport in Gaza, a Hamas demand during ceasefire negotiations, are now resurfacing as a way to try and avoid another conflict. The idea is to provide some form of life raft to stave off the Strip’s total collapse. The IDF and several Knesset members openly support such measures, claiming it will provide jobs and incentives for Hamas to maintain “quiet.” Prime Minister Netanyahu and Defense Minister Ya’alon are firmly against the construction of a port due to “security concerns.” Any outsourcing of security, they claim, still runs the risk of weapons smuggling. 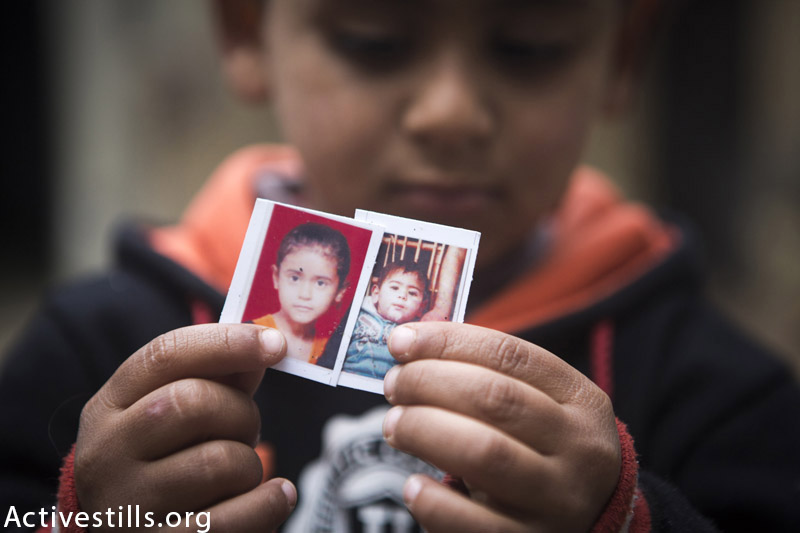 Fadi Ibrahim Abu Khusa (4) holds the photo of his two killed siblings, Shahed (9) and Mohammed (2), in their home in Zawaida village, central Gaza Strip, February 24, 2015. The two children were killed with their parents, Ibrahim and Sabreen, and 4 other members of their family by an Israeli attack on their home which occured on July, 30, 2014. Ibrahim and Sabreen went to the home of Sabreen’s father one week before the attack thinking they would be safer. (Anne Paq / Activestills.org)

However, it is clear that  Gaza appears in Israeli public discourse solely when there is a fear of violence. For mainstream Israel, Palestinian suffering exists only when it is attached to some kind of threat. Israelis generally don’t care about the humanitarian situation in Gaza unless it affects them. That same logic applies to the West Bank, East Jerusalem, and Palestinian citizens of Israel. This is the crux of the issue: the Israeli government will never be able to detach Palestinian human rights from its own security situation.

Israel excels at putting Palestinians living under its control in intolerable conditions that perpetually verge on humanitarian catastrophe. As Ariella Azoulay and Adi Ophir wrote in their book “The One State Condition: Occupation and Democracy in Israel/Palestine” (originally published in Hebrew in 2008):

The ruling apparatus takes the liberty to enter and even sabotage the activity of these groups [welfare bodies, UN agencies, local charities and humanitarian groups] whenever it spots a threat to security, familiarly a sweeping consideration, while explicitly encouraging their activity whenever it fears an approaching humanitarian crisis….

…Abandoning the Palestinians to disaster conditions — especially in the Gaza Strip, where economic conditions had always been worse than in the West Bank and further deteriorate following the disengagement — is a result of the decision to control and dominate them without actually ruling them, and certainly without governing them. More accurately, abandoning the Gaza Strip and pushing its population to the brink of humanitarian catastrophe has become a mode of governance specifically designated for this region.

Every time the Strip reaches the brink, a group of military experts, former generals and Knesset members offer all kinds of diplomatic solutions for dealing with Gaza. But “dealing” only proves that Israel still controls Gaza — and that is a significant part of the obstacle to any solution.