What Adnan Gheith, Mohammad Abu Tir and Jonathan Pollack all have in common

The case of Adnan Gheith is just one example of the systematic subjugation and repression suffered by those who dare to speak out and resist Israeli policies. Gheith, an activist against Israeli policies in Silwan’s al-Bustan neighborhood, faces a four-month expulsion from his city without being charged with anything, on the grounds of an emergency defense regulation applied by the IDF’s Home Front Command. Another recent example is the case of Mohammad Abu Tir (best known for his red beard) who had his Jerusalem residency (blue identity card) revoked in January 2006 after being elected into Palestinian parliament on behalf of Hamas, considered a terrorist organization by Israel and many other countries. Both these men are natives of East Jerusalem whose residency status has been threatened due to what Israel claims to be “illegal political activity” that presents a “national security threat.” 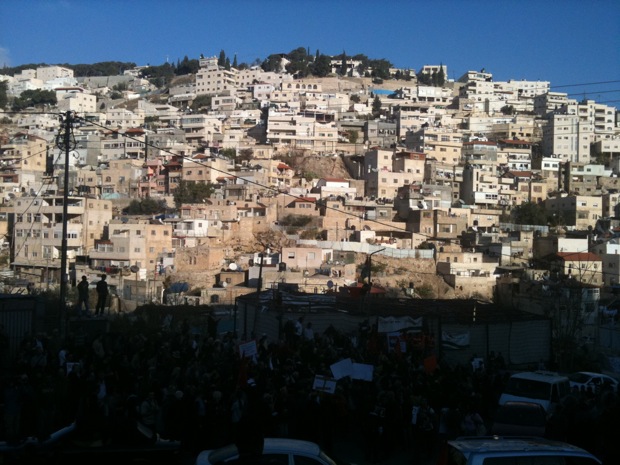 Palestinians who live in East Jerusalem have a unique and precarious status that, I continue to discover, many Israelis are not entirely aware of.  East Jerusalem Palestinians are not citizens of Israel but rather permanent residents. They cannot vote in national elections but they pay all the same taxes as Israelis and are entitled by law to the same national services, such as healthcare. They can travel freely throughout Israel and are allowed to vote in municipal elections, however for the last 43 years, the vast majority has boycotted these elections, reasoning that it would amount to recognition of Israeli sovereignty in East Jerusalem. (Today Palestinians make up 35% of the city’s population, such that participating in municipal elections has enormous potential to shake things up in Jerusalem.)

According to Israeli law, if a resident of East Jerusalem is absent from Israel for 7 consecutive years, his residency is automatically revoked. However, in practice, residents who make their life outside Israel for even a few years experience the threat of having their residency revoked every time they return to Israel and pay the mandatory visit to the Interior Ministry. Even if they live ten minutes away in the West Bank, they are considered outside of Israel (despite the Israeli settlers just nearby) and their residency can be automatically revoked, meaning that they are essentially prisoners in their own home. Moreover, if a Palestinian naturalizes in another country, or even holds a green card, he will lose his residency, and then it is entirely up to the whims of the Ben-Gurion airport officials whether to allow him to enter his native land.

The Case of Mohammad Abu Tir

When Hamas won a majority of votes in Palestinian elections in 2006, Abu Tir and three other Hamas officials from Jerusalem were told they must renounce their membership in Hamas or be expelled. (This, despite the fact that Israel and the US fully supported and encouraged Palestinian elections.) They refused, insisting they represent the Palestinian people, and not Hamas, and that they abide by all Israeli laws. Nevertheless, their residency was instantly revoked and they were ordered to leave Israel immediately. Abu Tir was arrested for failing to comply, while the three others have for some reason been spared arrest up till now, and reside in the International Committee of the Red Cross offices in East Jerusalem.

Since his arrest in 2006, Abu-Tir has spent most of his time in Israeli jails. He and the other three officials have appealed to the Israel High Court in the matter, but the decision is still pending. In the meantime, a local Israeli court took the matter into its own hands when, on December 8, it ruled that he can no longer be on Israeli soil. The police took him out of prison, dropped him off at a checkpoint by Ramallah, and instructed him never to set foot inside Israel again. (Read the LATimes report here.) This story almost went unreported in Israel, and Haaretz’s only report on it was taken from Reuters.

The pretense for Abu Tir’s revocation of residency and expulsion is that he engages in illegal political activity. This is essentially the same pretense for Adnan’s four-month expulsion order, as a leader in the fight against the Israeli occupation of Silwan. However, since Abu Tir is a member of Hamas, his expulsion is less questioned and also less covered in Israel. But both are victims of the same dangerous precedent that has been set whereby Israel can expel any East Jerusalem resident at its discretion based on what it deems to be unacceptable political behavior. Since Israeli authorities make no secret about their agenda of “Judaizing” East Jerusalem and of keeping it an integral part of the state’s undivided eternal capital, there is no doubt that its course of action is to expel (read: cleanse) as many Palestinian residents as possible and not be held accountable for it.

Since Israel annexed East Jerusalem on June 28, 1967, thousands upon thousands of Palestinians have been stripped of their residency, constituting a forcible transfer of human beings. Since 2008 alone, over 4,000 residencies have been revoked from Palestinians in East Jerusalem, a significant rise that can be attributed to the hard work of Interior Minister Eli Yishai. 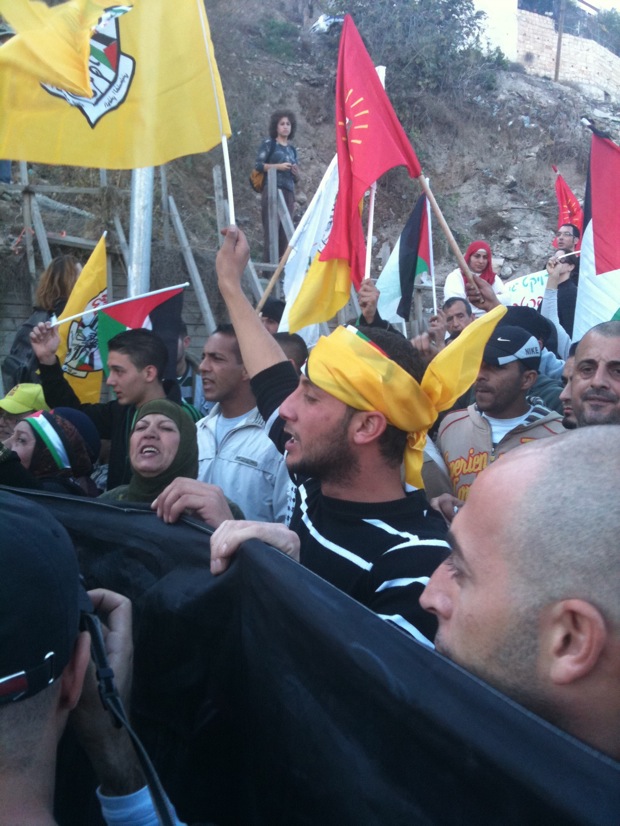 Whatever one may think about Hamas or Abu Tir, and no matter how illegitimate they may be, taking away the only formal residency a person has and expelling him from his home and family is a war crime, according to international standards. There are legal procedures for addressing illegal activity that is demonstrated to endanger national security that does not include the stripping of residency and expulsion . For a Palestinian resident of East Jerusalem who is already essentially stateless, losing residency means adding the status of homeless refugee to that title. Furthermore, on a practical level, it doesn’t dissuade that person from engaging in political action from the outside or from motivating those who still are residents – such as Adnan Gheith – to protest from the inside.

Today, with the sentencing of Jonathan Pollak, we see that this dangerous precedent has already become a full-on policy that has made its way from East Jerusalem Hamas official, to East Jerusalem grassroots leader, to Jewish Israeli activist. Pollak, who was charged with illegal gathering for participating in a bicycle ride protesting the Gaza War, was essentially sentenced to jail for engaging in civil disobedience that dares to challenge Israeli policies. He, Abu Tir and Gheith are all victims of Israel’s assault on freedom of speech and political dissent, dressed up as law. This is tantamount to an authoritarian and tyrannical regime that will stop at nothing to maintain its control. It looks like many more will have to face expulsion and jail time before things get better.