A newly-approved Druze town is slated to be built atop destroyed Palestinian villages. But the Druze community refuses to let the government sow discord among Israel’s ethnic minorities under the guise of development. 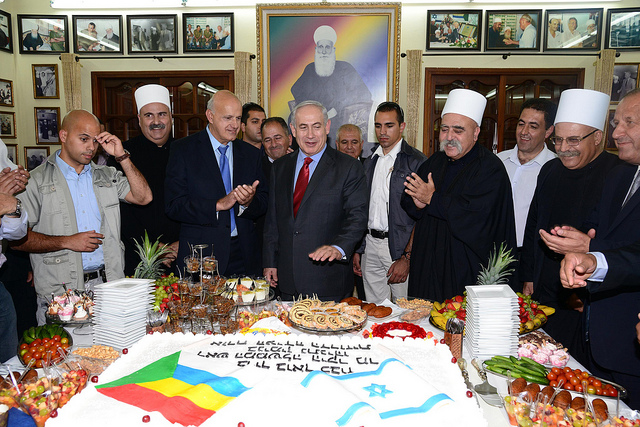 Prime Minister Benjamin Netanyahu visiting members of the Druze community, on the occasion of the Nabi Shueib holiday, at the home of Druze spiritual leader Sheikh Muafak Tareef in Julis and at the Yad LeBanim building in Daliyat al-Karmel, April 25, 2013. (Moshe Milner/GPO, C.C. 2.0)

With great fanfare, the Prime Minister’s Office released a press statement Tuesday announcing that the National Planning Council had approved the prime minister’s initiative to build a new Druze town in Israel. According to Netanyahu, the town would be the first since the foundation of the state.

Netanyahu made much of the plan, claiming it would “advance the Druze sector.” (Sector is the term Israel uses to describe its non-Jewish ethnic and religious minorities. This monolithic characterization helps the government form broad policies that affect very diverse groups of people). MK Ayoob Kara, Deputy Minister for the Development of Druze and Circassian communities, also backed the plan.

On the surface, this looks like a winning project: new housing for one of the country’s minority groups, which will be able to expand organically, backed by a Druze politician.

Yet there is far more to the PMO’s announcement than meets the eye. Samer Swaid, the administrative manager at the Arab Center for Alternative Planning, told +972 that, save for Kara, there had been no proper consultation with Druze representatives regarding the plan, and that there is broad opposition to the project — primarily over its location.

“The plan is to build it on the land of destroyed Palestinian villages,” Swaid explained, referring to the villages of Hittin and Nimrin, which were depopulated in 1948. “It’s a moral issue. We don’t want it to be a new settlement. There are also Druze religious rulings which forbid the taking of land that belong to destroyed villages. 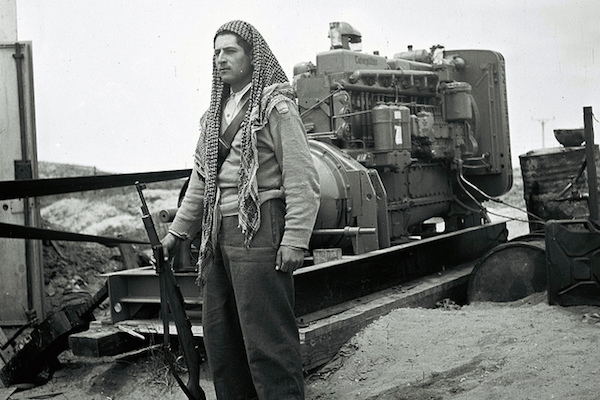 A Druze soldier in the IDF guards a mobile power station, May 13, 1949. (Photo by GPO/Zultan Kluger)

“This is not just my opinion,” Swaid continued. “I have met with many Druze representatives and everyone is against the plan.” (Kara, for his part, expressed puzzlement over the objections.) Furthermore, Swaid added, the location of the new community is far from existing Druze towns and ignores established communities in desperate need of development — a fact that tends to be explained away by their proximity to existing nature reserves, hence limiting expansion opportunities.

Swaid’s organization is currently working on publicizing opposition to the plan, and he has not ruled out a petition in the future once the project advances beyond the planning stages.

There is also concern in the Druze community that this government plan may sow discord with Palestinians. Khalil Halabi, the spokesperson for the Committee for the Protection of Carmel Land, told Haaretz: “As a community, we cannot accept something like this,” adding that in the past Druze spiritual leaders had objected to the expropriation of land from Daliyat al-Karmel and Isfiya — the two largest Druze towns in Israel — when it became clear that the territory in question had formerly belonged to the destroyed Palestinian village of Umm al-Zina.

This brings up one of the most troubling aspects of the proposed new town. The nature in which it was planned and announced, without consulting the very people it concerns and riding roughshod over the legacy of the Nakba — one of the most painful and divisive aspects of Israel’s history — is symptomatic of the government’s paternalistic and self-serving approach toward its minorities.

“The Druze community has bound its fate to the State of Israel,” Netanyahu claimed in the press release about the plan. “The proportion of enlistment in the IDF is among the highest in the state… This is only part of our extensive activity for the Druze community and we are carrying out our commitments to the community.”

Before addressing the veracity of Netanyahu’s comments, let us first consider the implications of what he is saying: if you are loyal to the state and its most sacred symbol — the army — you will reap the benefits.

Miras Natour, a Druze resident of Daliyat al-Karmel and a doctoral student researching Druze social identity in the Carmel and the Golan Heights, explained: “There is a policy of division between Druze and Palestinians. This plan for a new town is a demonstration to Christians and Muslims to say: if you’re in our pocket, you’ll be rewarded.” 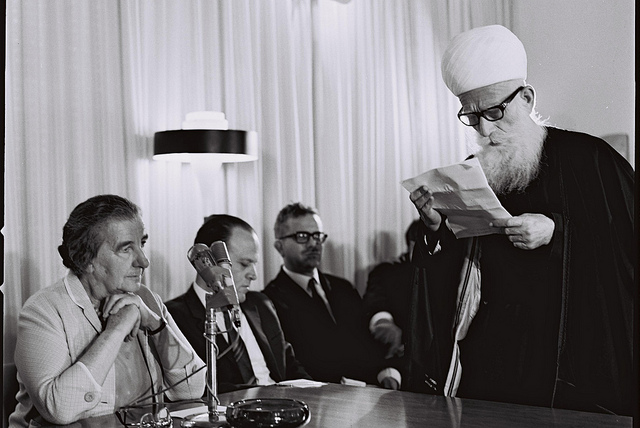 Thus the approval of a new Druze town is a move with the capacity to exacerbate a potential friction point between two native groups, or in other words: dividing and conquering. Israel is no stranger to divide and conquer policies, whether by encouraging Druze enlistment in the IDF; legally distinguishing between Christian and Muslim Palestinians; implementing policies of separation between the West Bank and Gaza; or the 48-year occupation that has physically, culturally and economically severed Palestinians in the territories from Palestinian citizens of Israel.

As for Netanyahu’s glowing reference to Israel fulfilling its commitments to the “Druze sector” as a reward for loyalty, Natour is unequivocal: “It’s not true. Druze have been in the army for 60 years and they still get less than other sections of Israeli society.” From land expropriation to erosion of cultural and national identity and out-and-out racism, Druze citizens of Israel suffer from many forms of discrimination that the Zionist narrative demands remain swept under the carpet.

But none of that will matter in the Israeli government’s final analysis. By publicizing the plan, the ruling coalition gets to claim it is investing in Israel’s “sectors,” while any protest from the relevant communities can be safely written off as ingratitude or incomprehension. Meanwhile the government, high up in its watchtower, can continue to undermine the identity of the country’s ethnic minorities under the guise of development.