The concern sparked by claims of an economic bubble in Israel are not supported by data, and could lead to a harmful consequences if interest rates rise and exchange rates are adversely affected. A response to Jesse Colombo in Forbes.

In an article recently published on Forbes.com, Jesse Colombo argues that “Israel’s economic boom is not the miracle that it appears to be, but is actually another bubble that is similar to those that caused the financial crisis.” The article has been widely cited, both in Israel and abroad.

Worrying about an economic bubble neatly dovetails with Israelis’ characteristic eschatological anxiety, but in this case, it is baseless. Despite its many problems, Israel’s economy is not a bubble. It is an idea that must be refuted, because if it becomes of a part of conventional wisdom, it could lead to bad economic policy. Specifically, it could pressure the Bank of Israel (BoI) to raise interest rates and strengthen the shekel (Israel’s currency), plunging the economy into recession.

Israel is not the U.S.

Colombo asserts that in recent years, an economic bubble was inflated as a result of large capital inflows, that have strengthened the shekel. The BoI has struggled to block the shekel’s rise, by purchasing U.S. dollars and reducing interest rates. According to Colombo, this has caused rising inflation and property price bubbles.

On inflation, Colombo is simply mistaken. Inflation in Israel has actually fallen considerably. On property prices, the picture is more complex. Housing prices have gone sharply up, and they are currently above their long-term equilibrium level. But the trend is much less extreme than Colombo’s presentation implies. And he proceeds from this exaggeration to develop claims which are wholly unfounded.

According to Colombo’s narrative, future interest rate rises will cause many households to struggle with ballooning, unaffordable mortgage payments. Many families will go bankrupt and banks’ stability will be jeopardized. The shock to the financial system and housing market, combined with reduced consumption by struggling households, will bring about a severe recession. To support this narrative, Colombo points to similar dynamics which unfolded in the recent U.S. economic and financial crisis in 2008-2009.

However, the current situation in Israel is completely different from pre-crisis US. In some aspects, opposite conditions prevail. 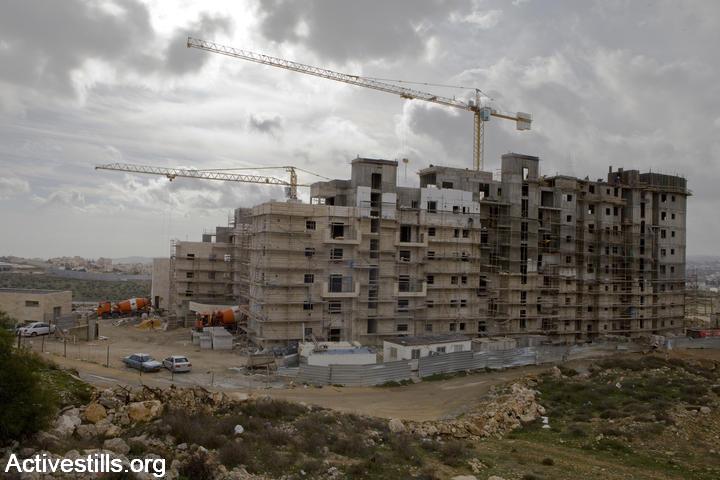 In the U.S., the rise in housing prices was fueled by classic bubble dynamics: people were willing to pay a higher price for a product (in this case, housing) only because they were counting on further future increases in its price. In Israel, however, the increase in housing prices is driven by shortages, especially in the more desirable areas. There was a point in which investors and speculators did come along for the ride. But in recent years, their share of the market has significantly dropped, without causing a decline in prices. This is very different from what happened in the U.S.

Accordingly, the crisis in the U.S. was not the result of increased interest rates (the scenario that Colombo is predicting for Israel). Instead, it was triggered by the decline in home prices, as buyers became unwilling to gamble on continued price increases. This decline is what caused the crisis. Families, confronted with diminished wealth, cut back their consumption, leading to the Great Recession.

Can a similar process unfold in Israel? A study conducted by BoI researchers (Hebrew PDF), indicates that rising housing prices have fueled increased consumption in Israel, as they did in the U.S. And an IMF report (PDF) confirmed there is a 20 percent risk of a sharp decline in housing prices in Israel, which could lead to a recession. However, even in this scenario, the IMF predicted a much shorter and less severe recession than what happened in the U.S.

This assessment, much milder than what Colombo suggests, could still prove over-pessimistic.  The IMF used a model relying on data from the historical experience of many countries. This method has many advantages, but at least one major deficiency: each economy is structured differently. In Israel, for example, the sharp decline in housing prices before 2007 did not lead to any reduction in consumption.

Why is Israel different? Mainly due to housing shortages in the areas where people want to live. A reduction in housing prices could affect the consumption of some families, whose wealth has been diminished. However, other families (mostly young) will discover that the burden of purchasing, or renting an apartment has been reduced. This could boost their consumption, or allow them to move to an area with better employment opportunities, increasing both their income and their economic productivity.

At the same time, a price decline should not have a negative impact on residential construction in Israel, unlike what happened in the U.S. New apartments in Israel are mostly built on government land. Builders’ profit margins – and thus their incentive to build – are determined by the difference between the price they pay for government land and the ultimate selling price (deducting construction costs, of course). Unlike private land owners, the government finds it much easier to absorb a decline in housing prices, leaving the contractors’ margins – and incentives – at the same level.

But what about a financial crisis? Could a decline in housing prices, or a rise in interest rates, as Colombo suggests, trigger a crisis in Israel’s banking system, similar to what happened in the U.S.?

In the U.S., one of the causes of the financial crisis was weak supervision over banks and capital markets. In Israel, so far, it appears that the BoI and the Finance Ministry are doing a good job overall in preventing financial market excesses.

Financial supervision in Israel is facilitated by the conservative attitude of local households. Rising housing prices have driven a commensurate rise in mortgage issuance. But Israelis still avoid mortgages that are too high in proportion to their income or the apartment’s worth. The relatively restrained size of mortgages should help households avoid severe distress if prices drop or interest rates rise. Indeed, before 2007, when housing prices were steeply declining, the effect on households was quite limited.

In either case, a decline in housing prices is unlikely to affect banks’ financial stability. Even in the most extreme scenarios, there will be no “under-water” mortgages in Israel (i.e. when the mortgage is higher than the apartment’s value). Unlike the U.S., financial firms in Israel do not issue mortgages whose value even approaches the mortgaged home’s value, let alone the 90- and 100-percent mortgages that were issued in some cases in the U.S.

No high-tech bubble in sight, either

In addition to real estate, Colombo also claims that Israel has a high-tech bubble, comparing it to the late 1990s dotcom mania. His evidence is mostly anecdotal, largely failing to cite macro statistics or research. He does point to large scale start-up “exits” in the past two years, but without comparative data on previous periods in Israel or on other countries, it is hard to make much of this. Moreover, even if investors are overpaying, this would only constitute a bubble if it supports otherwise unsustainable employment, investment or production.

On these terms, it is difficult to see a high-tech bubble according to data on Israel’s economy. Comparing 2006 and 2012, the IT sector’s relative size has not changed significantly in terms of turnover, exports or employment. It’s possible that 2013 was different, but if so, it had only a minor impact on the economy, as the overall business sector grew by just 3 percent last year, a respectable but hardly “bubbly” rate.

The bottom line is that Colombo’s claims about an Israeli economic bubble are not supported by data or experience. This is troubling because the conclusion he draws on the basis of these flawed premises is very dangerous. He blasts Stanly Fisher, the recently retired BoI chair (who is now vice-chair of the Federal Reserve), for leading a policy of low interest and currency exchange rates.

This policy, continued by Fisher’s successor, has supported exports and growth. It may not have led to an economic miracle (Colombo is right on that point), but it has prevented a recession and mitigated the damage caused by the current government’s foolish budget cuts. The last thing Israel needs is to reverse the BoI’s policy, which might happen if Colombo’s erroneous claims gain supporters.

Related:
What’s behind Israel’s biggest economic boom? The occupation
The price of turning Israel into another Scandinavia

Read the Hebrew version of this article on +972’s sister site, Local Call.