For Israel’s gay and lesbian citizens, the passing of a partner can expose existing limitations on rights and an entirely new set of frustrations with the status quo

A while ago, I was in the US switching through the channels when I saw comedian-turned-daytime talk show personality Ellen DeGeneres hosting Dolly Parton. The former is (among many things) a prominent lesbian; the latter is a legendary country singer. Naturally, DeGeneres – the activist that she is – asked the famous vocal belle if she supports gay marriage. There was a brief moment of anxiety: would Parton espouse “traditional” southern “family values” while on-set with such a recognizable homosexual icon? Parton answered quickly and, in my opinion, classically.

“Heck ya, I think y’all should suffer just like the rest of us do.”

This week, tragically, a friend-of-a-friend buried his partner in Israel. I do/did not know either particularly well. I met them on a few occasions and found both young men to be incredibly kind. And though the circumstances of the death are still unclear to me and I would dare say irrelevant to this post, what is evident is the pain this person feels over his loss. The grief. The suffering. Gay or straight, anguish knows no sexual identity or boundaries.

Unfortunately – and I have no problem stating my unwavering opinion on this – the Orthodox institutions in Israel hold a firm monopoly over what are known as matters of “life cycles.” That is, births, marriages and burials. They are all handled (almost) exclusively by the Orthodox rabbinate. When it comes to matrimony, much has been penned in the Hebrew press over who can marry whom. In fact, the battle for non-halakhic Jews/Israelis to marry civilly in this country – something they technically cannot do – was one of the key election issues that scored Yisrael Beiteinu a large number of seats in the current Knesset, and its leader, Avigdor Lieberman, the slot of foreign minister. Slightly less has been written about burials, though there was a big splash a while back following the torching – ironically though despicably – of a crematorium that privately offered an alternative to Orthodox funerals. It would be safe to imagine that significantly less – perhaps zero – column space has been devoted to the issue of same-sex funerals. But the issue is clearly real and one that a 20-something year old this week has had to unexpectedly encounter. And as Parton’s words reminded me, the gay rights movement is not just about fighting for the right to walk down the aisle in a wedding hall. It is about fighting for the right to walk down the aisle in a cemetery, as well. 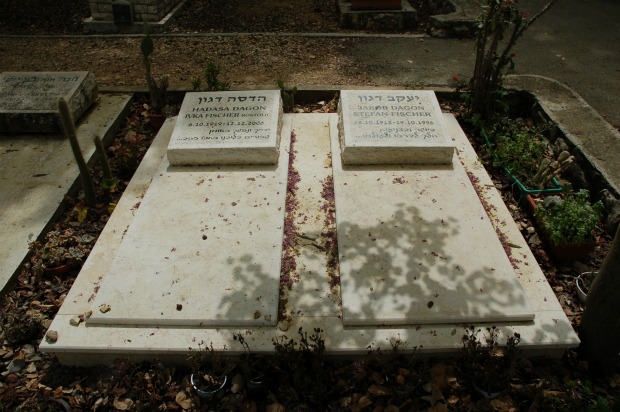 In Israel’s more modern cemeteries (the ones which use Gregorian years on the tombstones alongside the Jewish calendar dates), a married couple – if buried side-by-side, even at different times, as is usually the case – shares one large tombstone sheet above ground that has separate engravings or tablets on top for each individual. Underneath, the graves themselves are divided, but above they are adjoined. When walking through a cemetery, it is safe to assume that plots that are linked belong to a couple that was “officially” married (though plots that are single do not necessarily suggest the person was alone.)

The burial arrangements are coordinated through the Chevreh Kadisha (the “Holy Society”), a body within the Orthodox institutions that deals specifically with death. There are indications that there might be some flexibility in terms of burials. At the Ha’Yarkon Cemetary, one of the oldest in Israel, near one of the main aisles is the tombstone of the famous mid-20th century Hungarian-turned-Israeli furrier, Stefan Brown (after whom the Tel Aviv steakhouse is named). Exactly beside his is the plot of Eleazar Rat, his longtime confident and apparent lover. The two men have identical tombstones, with styles cut and etched to match as if they were married. But the tombstone sheet – the stone over both plots – is not adjoined. This suggests one of two things: either the Cherveh Kadisha representative tasked with overseeing their plots did not realize the true extent of Brown and Rat’s relationship, or there was a bit of wiggle room – albeit within the laws of the Orthodox bodies. My gut instinct tells me the first option is more plausible. 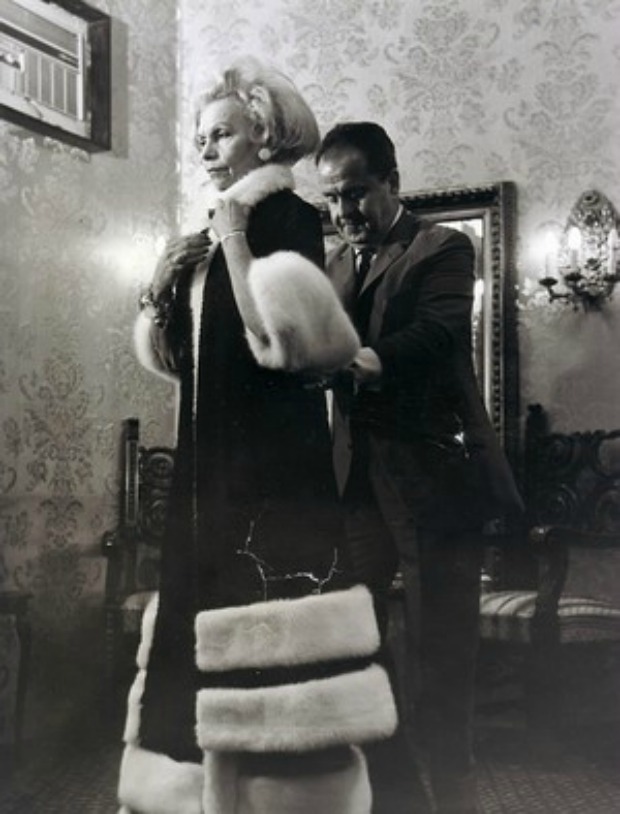 At this moment, Israelis live in a country where they do not have the right to fully choose who they marry and how. But they also do not have the right to fully choose how they are buried and next to whom. If Israel wishes to promote its liberal values, if it seeks to move towards progress on gay rights, then it must remember that the rights it extends to its citizens – all of its citizens –are meant to make dealing with life easier, even amid moments of death. Separating entirely the monopoly that the Orthodox institutions have from what essentially amounts to private or even public-sector services is the most logical answer.

One additional note: My heart goes out to the individual who survived and both families. May none of us know such tragic loss, muchless at such an early age. He used his facebook account to dedicate a song to his beloved and now-deceased partner, the man he called “the love of my life.” He noted: “I always miss you when you are not around. And now I will live my life always missing you.” The song is by legendary Israeli singer Shlomo Artzi, who was apparently his partner’s favorite singer. It is called “A Song to Part.” (My apologies, it is only in Hebrew.) As a tribute to both individuals, I am posting a link to it here.
[youtube]http://www.youtube.com/watch?v=NeBYphQ3Qy0&feature=share[/youtube]

email
Before you go…
A lot of work goes into creating articles like the one you just read. +972 Magazine is nonprofit journalism, owned by many of our writers, editors, and journalists. In order to safeguard that independent voice, we are proud to count you, our readers, as our most important supporters. With your support, we can keep +972 Magazine a strong, independent, and sustainable force helping push the global discourse on Israel/Palestine.
DONATE
More About orthodox 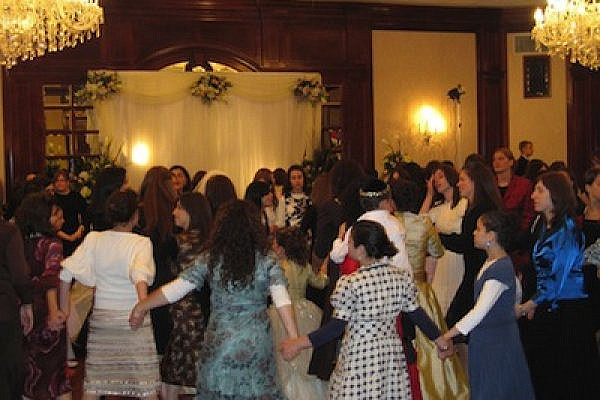 Beit Shemesh “flash mob” antagonistic and irrelevant
+972’s Ami Kaufman writes that he found “particularly heart-warming” the flashmob in Beit Shemesh, noting that it shows the ultra-Orthodox “who wears the pants in this town.”  I’m guessing it’s obvious who wears the pants: the woman in the middle front row.   I cannot identify her, but I think it is safe to guess…
By Roee Ruttenberg January 8, 2012 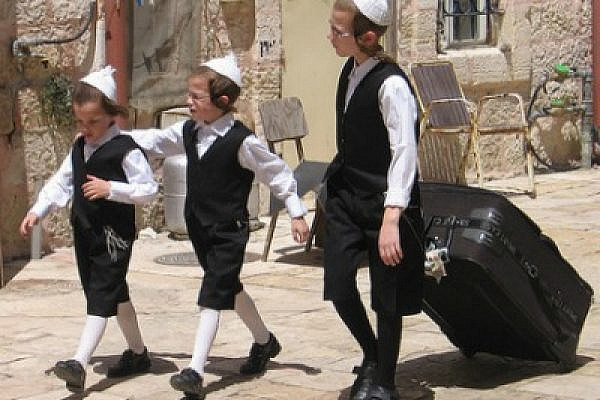 Israelis should self-reflect before criticizing Haredi segregation
Preface Before I begin, I would like to preface with a few points. First, I do not support the extremist religious elements in Beit Shemesh, as they have been recently discussed in the Israeli and international media.  And yes, I would call those engaging in the behavior as covered by Israeli Channel 2 (and translated…
By Roee Ruttenberg December 30, 2011 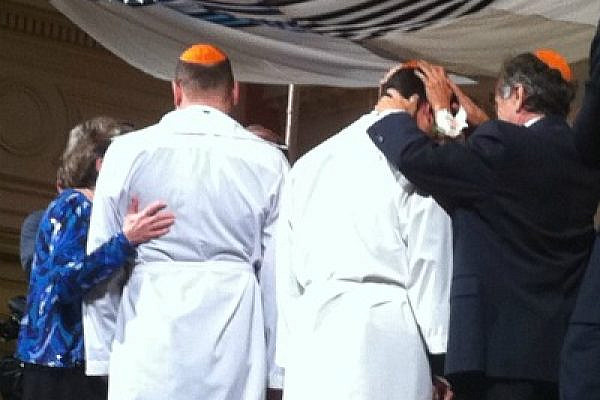 Orthodox rabbi marries gay couple in historic wedding in DC
For the first time in history, Steve Greenberg, an openly-gay American rabbi ordained by the Orthodox movement, has officiated at a same-sex wedding ceremony. On Thursday night at Washington DC’s “Historic 6th and I Synagogue,” Greenberg stood under the chupah, a traditional Jewish wedding canopy, as newlyweds Yoni Bock and Ron Kaplan tied the knot…
By Roee Ruttenberg November 11, 2011