A petition on behalf of 119 human rights activists to Israel’s High Court of Justice is the most serious challenge yet to the Israeli government’s plan to deport tens of thousands of asylum seekers. 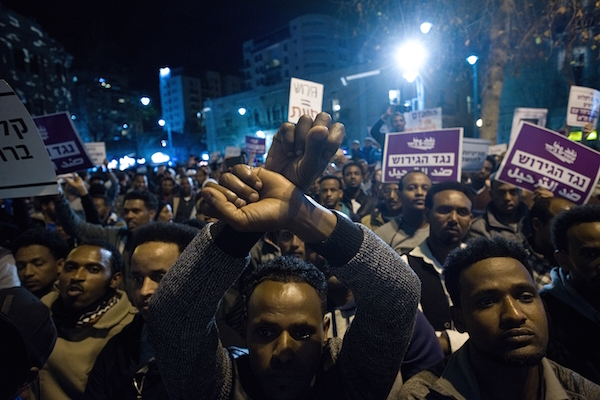 The Israeli government’s plan to deport tens of thousands of African asylum seekers may face its most serious hurdle as the country’s High Court of Justice hears a challenge to the deportation plan, slated to begin in two weeks.

The deportation plan is based on an agreement between Israel and Rwanda, which Israel insists must remain secret and which Rwanda has denied even exists.

Supreme Court Justice Hanan Melcer asked the state attorney how asylum seekers can be sure they will receive what Israel is promising them — legal status and the ability to work — if the Rwandan government denies that any agreement exists. According to Eitay Mack, who along with Attorney Avigdor Feldman is representing 119 Israeli human rights activists petitioning the court for an injunction, the state representative was completely unprepared and unable to answer this question.

“If some of the refugees have problems in Rwanda, and theoretically they go to a Rwandan court, the court will say, ‘the Rwandan government denies that there is an agreement,’ so how could this agreement be enforceable?” the justice asked the state, according to Mack.

In a hearing on Monday, the court recommended that the government freeze the deportations until that and other key questions are resolved. The justices declined to issue an injunction before hearing the state’s response, which is expected by Wednesday afternoon. 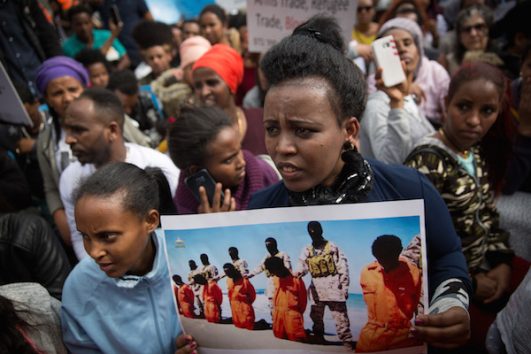 African asylum seekers and human rights activists protest against deportation in front of the Rwandan Embassy in Herzliya, on February 7, 2018. (Miriam Alster/Flash90)

In court on Monday, according to Mack, the state was completely unprepared to answer any of the court’s questions. “The judge told the state, ‘you thought that we were going to get to the hearing today and that we were going to dismiss the petition without hearing it,’” Mack said in an interview on Tuesday. “The state didn’t have any plan B [in the event] that the court would want to see the agreement.”

The High Court approved a previous version agreement with Rwanda in secret, giving its approval to the plan. However, changes have reportedly been made to the agreement and the petitioners claim the court must now reconsider its position, including whether current Israeli law even gives the government authority to carry out the mass deportations.

The state’s inability or unwillingness to respond to the judges’ questions in court reflects the government’s lack of preparedness to carry out the deportation program, Mack suggested. “Two weeks before the agreement [with Rwanda] is supposed to start and they don’t know basic details of the agreement. There’s a big mess behind the scenes.” 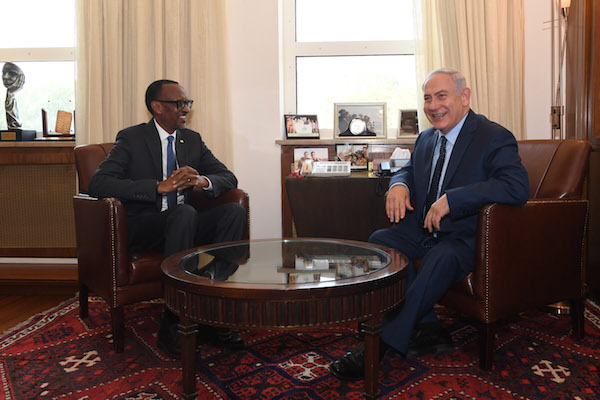 The Israeli government has refused to process and accept the overwhelming majority of African asylum seekers’ requests for refugee status. To date, Israel has recognized only one Sudanese man and 11 Eritreans as refugees. In contrast, 94.1 percent of Eritreans are recognized as refugees in Europe. An appellate custody tribunal ordered the state on Sunday to grant temporary residence to five Darfurian refugees due to what it deemed an unreasonable delay in processing their asylum requests.