In denying that Israel limits academic freedom in Palestine, the Israeli embassy in Washington seems to forget about the Palestinian students and academics whose movement it restricts.

The Israeli embassy in Washington, D.C. recently decried as baseless “the accusation that Israel arbitrarily limits the entry of foreign nationals who seek to lecture, teach and attend conferences at Palestinian universities.”

The embassy appears to be responding to protests and calls by American academics to boycott Israeli academic institutions, in response to restrictions on students and scholars accessing Palestinian universities. And yet in explaining Israeli travel policy, the embassy’s statement misleads, seemingly willfully.

There are numerous restrictions on access to Palestinian universities. Some are general restrictions on accessing Gaza and the West Bank that apply to everyone, including students and professors. Other restrictions specifically target Palestinian students, whom Israel has described as belonging to a “high risk profile” and Palestinian universities, which Israel describes as “greenhouses for growing terrorists.” While Israel has legitimate security concerns, in all cases the restrictions go way beyond what is necessary for security. Instead, they further political, demographic goals of consolidating power over the West Bank and separating it from the Gaza Strip.

The embassy compares restrictions on foreign nationals entering the West Bank to “common border control practice in countries worldwide.” True and not true.

Nearly half of Palestinian refugees live in the diaspora, including in Arab countries that do not have diplomatic relations with Israel. These “foreign nationals” – who are actually Palestinian – cannot ordinarily get Israeli permission to enter the West Bank or Gaza and therefore cannot access Palestinian universities.

Similarly, Arab lecturers and students are unlikely to obtain access to the West Bank and Gaza, because Israeli rules on entry to the Palestinian territory bar most people holding travel documents from Arab or Muslim countries and even some American or European citizens of Arab descent or those who have spoken out against Israel.

Entry to Gaza requires not just an Israeli visa but also special permission from the military, which is limited to humanitarian cases. No students or professors are allowed.

The embassy’s claim that “the Rafah Crossing between the Gaza Strip and Egypt is a functioning crossing, allowing entry to Gaza from Egypt” flies in the face of reality. Rafah has been mostly closed for the past three months, allowing only infrequent and exceptional passage that does not include students or academics seeking to access Gaza’s universities.

Regarding passage from Gaza to the West Bank, the embassy says that “under no circumstances are students and/or academic professionals being discriminated in the crossing procedure.” With all due respect, that statement strays far from the truth. 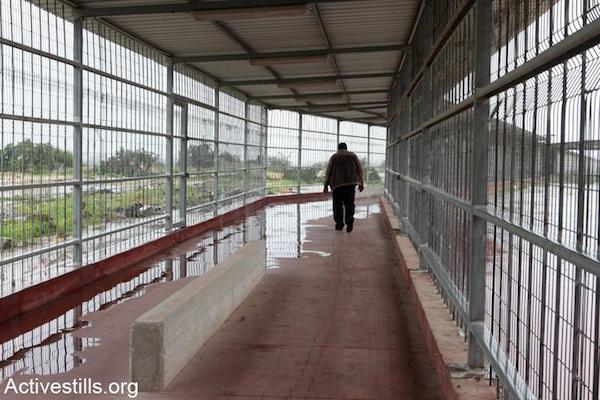 Since 2000, Israel has banned Palestinian students from Gaza from studying in Palestinian universities in the West Bank. The ban is part of Israel’s separation policy, to limit travel between Gaza and the West Bank, especially the kind of travel that would nurture long-term ties between the two parts of the Palestinian territory, such as young people studying or marrying (for those who want more information, play Gisha’s computer game on Gaza-West Bank crossing).

Gisha’s latest challenge to that ban in the High Court raised the case of students from Gaza seeking to complete Master’s degrees in gender and democracy and human rights at Birzeit University in the West Bank. Some of these students received permits to enter the West Bank for other, short-term purposes, such as conferences or medical care, clearing Israeli security and crossing through Israel to reach the West Bank. But their requests to enter the West Bank and remain there for the months or years necessary to complete their degrees were rejected.

As an occupying power, Israel is authorized to impose restrictions necessary for security. But it also must facilitate the proper functioning of the Palestinian higher educational system. Sadly, that latter obligation is not being met.

I am of course not privy to the nonpublic communications channel of the Israeli embassy in Washington: its feedback to the Israeli government. I can only hope that, alongside their public relations campaign, embassy staff members are asking their bosses in Israel to end the restrictions that are sparking the protest of American academics and undermining the potential for a more enriched academic environment in which ideas and innovation thrive.

The author is the co-founder of Gisha-Legal Center for Freedom of Movement. Read an interview with her here.