The military offensives enmesh and worsen widespread poverty in Gaza, which in turn drives children into the labor market to help support their families. 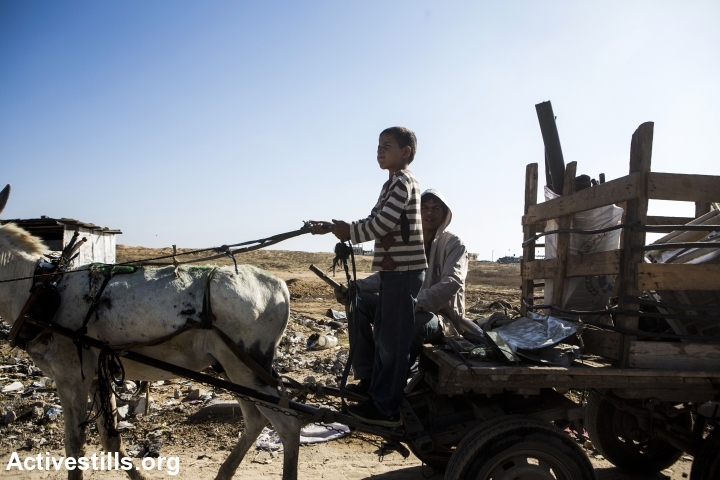 When an Israeli airstrike destroyed 12-year-old Rezek’s house west of Gaza City in 2012, his family lost everything, forever altering his life. His family fell into economic hardship and had no money for food, so Rezek dropped out of school to work to help his family. As humanitarian conditions deteriorate in Gaza, and the blockade continues to stifle rebuilding efforts and destroy livelihoods, many children, like Rezek, work in dangerous conditions.

One year after losing their home, Rezek’s family was destitute. “My dad owned a bakery, but he lost everything,” Rezek told Defense for Children International – Palestine (DCIP) field workers. “He became jobless. He had money to provide for us, but soon ran out of money and could not feed us.”

In September of 2015, Rezek began working in his uncle’s bakery. Working 11-hour shifts, six days a week for about five dollars a day, he operates the furnace and dough-cutting machine, both posing serious safety risks to a child.

“I work on the dough cutter, with knives cutting the dough. It could cut off your hand if you get distracted for a second,” Rezek told DCIP. “My co-worker, Luai, was distracted and had three of his fingers cut off.”

Rezeq’s story is not unique. An investigation by DCIP between January and April 2016 revealed the deplorable work conditions for child laborers in Gaza. From scouring trash pits for re-sellable materials to working long shifts on fishing boats for a few shekels, child labor in Gaza has doubled over the past five years as families struggle to survive.

Each morning, Atef, 14, from the now devastated neighborhood of Shuja’iyya, scavenges in the Gaza City trash pits for five hours before attending school. He collects materials to be re-sold, making around 10 to 20 shekels ($2.60 to $5.20) a day.

“My father worked as a crossing inspector, but lost his job in 2007,” Atef told DCIP. “He worked as a taxi driver to support us after that.”

Atef’s father’s taxi was destroyed during Israel’s 2014 military offensive on Gaza. It was the family’s main source of income.

“After the airstrike, Kamal, my brother, started working in the trash pits to support us,” Atef told DCIP. “I remember when a 14-year-old child was buried under a pile of garbage.”

The trash pits are slippery and contain hazardous waste, chemicals, used medical devices, and explosive remnants of war (ERW). Atef told DCIP that he has contracted infections, and his 16-year-old relative was injured by shrapnel from an ERW.

Abdel-Salam, 12, works 14-hour shifts on his grandfather’s fishing boat off Gaza’s coast to help provide for his family. His anecdotes about work include having his boat shot at by Israeli forces, his friends on other fishing boats drowning at sea, and witnessing family and friends being escorted off to Israeli prison, all for just three dollars a day. 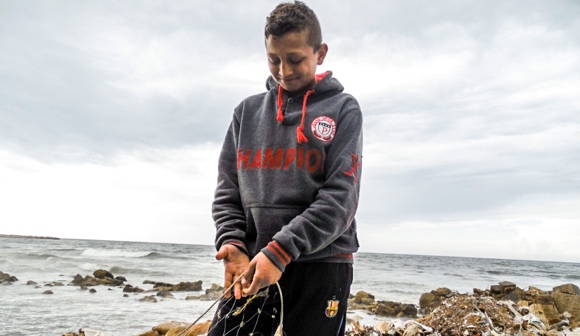 In 2004, the Palestinian Child Law No. 7 set the minimum age for employment at 15 years, making the employment of children under 15 years illegal. It also mandates that an individual must be 18 years or older to engage in hazardous work. In 2014, the State of Palestine acceded to the Convention on the Rights of the Child (CRC), which includes protections from exploitation, hazardous conditions, and work that is harmful to a child’s physical or mental development.

Despite these local and international laws, reform has been stunted due to inadequate enforcement of policies to protect children. In 2010, UNICEF reported there were no dedicated juvenile labor inspectors within the Palestinian Ministry of Labor (MOL). Despite improvements, by 2014, the MOL was understaffed by an estimated 258 inspectors, with only 12 trained on child labor issues, according to a report issued by the U.S. Department of Labor. As a result, the MOL inspected less than 10 percent of the mandated 100,000 registered businesses that year.

While many factors influence whether a child works, when families can’t meet basic needs they are often forced to rely on their children’s income for survival. As a result, children become increasingly vulnerable to the worst forms of child labor, which can impact physical, cognitive, and behavioral growth and development.

Israel’s military offensive in July and August 2014 caused an estimated $460 million dollars in economic damage to the Gaza Strip, according to the World Bank. After Israel’s military assault, poverty spiked to 39 percent, and unemployment reached a staggering 43 percent. The situation is now so deplorable that the United Nations questioned whether the Gaza Strip would still be habitable by 2020.

Gaza’s children increasingly bear the brunt of Israel’s blockade and repeated military offensives. As the blockade grinds on, it perpetuates and worsens an entirely man-made humanitarian and economic crisis forcing more and more children into dangerous work simply to feed their families, which will undoubtedly have a profound impact on their futures. The international community must demand Israeli authorities end the blockade, so all children in Gaza can enjoy their right to a childhood.

Cody O’Rourke is managing editor with Defense for Children International – Palestine, an independent, local Palestinian child rights organization based in Ramallah dedicated to defending and promoting the rights of children living in the West Bank, including East Jerusalem, and the Gaza Strip.