Zionism today is the fence that encircles the Jewish people, granting it supremacy over the other people of this land. 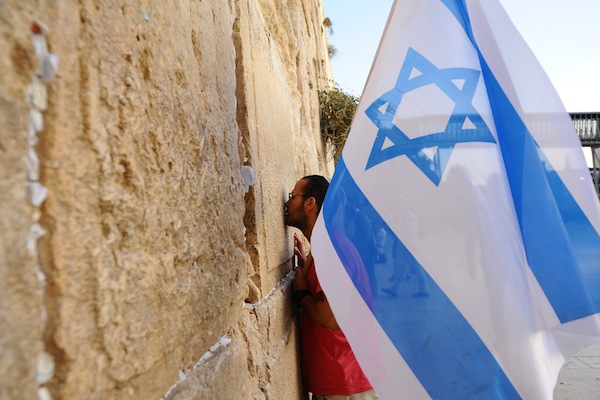 A man holds an Israeli flag during a march in support of the city of Jerusalem at the Western Wall, Jerusalem’s Old City on October 22, 2015, following a wave of attacks by Palestinians. (Mendy Hechtman/Flash90)

The State of Israel is a Zionist state. All of us graduates of the Israeli educational system know this. Israel’s first prime minister said it, Ehud Barak said it, even Prime Minister Benjamin Netanyahu has said it. This declaration can be found in our educational curriculums, and even in the IDF’s educational curriculum. That is all good and well, but nowhere have I been able to find a formal definition for the term “Zionism”put forth by the Israeli government.

Is the goal of Zionism to ensure a Jewish majority in the State of Israel, as former Prime Minister Ariel Sharon claimed? Is Zionism “Israel’s heritage over the generations,” as Netanyahu stated. Or perhaps it is a political goal, as the prime minister argued elsewhere? Or maybe Netanyahu was right when he said that “Zionism is the return to Judaism, which preceded the return to the Jewish state.”

Or maybe Zionism is the “outlook that believes in the Jewish people’s sovereignty in the Land of Israel and the obligations of the believer to take part, all while working toward the common good,” as is written in the IDF’s educational curriculum?

Or perhaps Zionism is actually a race, as members of Knesset Yuri Stern and Esterina Tartman claimed?

Or maybe “the essence of Zionism,” according to Netanyahu, is loyalty to the State of Israel as a Jewish and democratic state? Or is a Zionist, according to the Education Ministry, a person who believes that we are growing ever closer to redemption?

Even the Jewish Agency, the oldest Zionist establishment in the world, which was founded at the behest of the “father of Zionism,” Benjamin Ze’ev Herzl, admits that, “it is difficult to define Zionism, but in general one could say that Zionism is the love of the Land of Israel, loyalty to the state, and an aspiration to live in it.”

Zionism began as a national awakening of Jews in Europe, part of the same awakening that was taking place in other nations. The leaders of this national awakening anchored it in religion, thus tying a modern national liberation movement to ancient, theological traditions. Everything was fine until that point: Zionism, like other national liberation movements of its time, called for establishing a nation-state for the Jewish people. The problem began with its implementation, and the pesky problem that the promised land was already populated by hundreds of thousands of people.

Ze’ev Jabotinsky, the founder of Revisionist Zionism (the main ideology of the ruling Likud party), understood the problem. Thus he decided that the term “Jewish state” is clear: a Jewish majority. These ideas were not just empty rhetoric — they are quoted still today by the heads of the Israeli government. Only through the establishment of a Jewish majority between the Jordan River and the Mediterranean does Zionism have a right to exist. 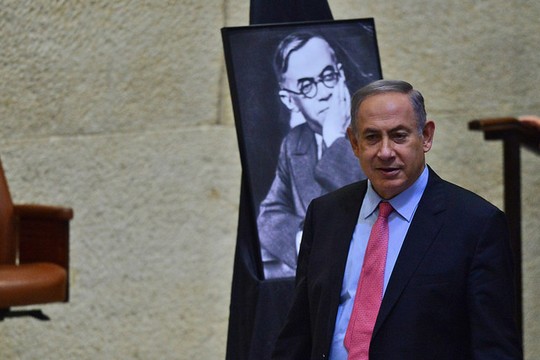 Prime Minister Netanyahu takes part in the annual day to commemorate Ze’ev Jabotinsky, the founder of the Revisionist Zionist movement, in the Knesset, August 3, 2016. (Kobi GIdeon/GPO)

A state that privileges one nation among its population over another nation is not one based on equality. A state that views some of its citizens as a demographic threat is not a free state. A state that grants rights on the basis of religion is not a democratic state.

Modern Zionism is a nebulous axiom so deeply rooted in Israeli society, that one could mold it into whatever fits the current political moment. Zionism today is the fence that encircles the Jewish people, isolating it, granting it supremacy over the other people of this land.

It is time to recognize that Zionism has become an empty slogan used only to grant Jews rights over non-Jews, and to say goodbye to it forever. Israel’s Zionist citizens’ fear of losing these privileges is, of course, understandable. But it should not be taken into consideration. We cannot continue to allow Zionism to deepen the discrimination against Palestinians.

As long as the Israeli Left continues to depend on Zionism for the sake of fitting into the consensus, it will continue to chase the Right, which only seeks to further entrench discrimination. The Left must reclaim Israeli identity and disconnect it from religious elements. Only then can it present a different vision — one that people can follow. A vision based in humanism, freedom, justice, and equality.