What we do to the Palestinians and Israeli Arabs – in the last two days, for example – has caused more damage to the Jewish people than anything since the Holocaust.

Who knows? Maybe the Jordanian judge, Raed Zueter, killed by Israeli soldiers Monday, went mad from grief over his critically ill 5-year-old son lying in a coma, and really did attack the troops, and maybe they truly had no choice but to kill him in self-defense. Or maybe there was no such attack, maybe there was just an argument and the soldiers got a little trigger happy, not for the first time. Reportedly, there are eyewitness accounts for both versions of what happened at the Allenby (or King Hussein) Bridge border crossing from Jordan into the West Bank yesterday.

And maybe Sael Saji Darwish, the 20-year-old Palestinian killed by Israeli soldiers the same day, really was throwing rocks at passing Israeli cars near the settlement of Beit El, which was built close to Ramallah. Or maybe he was just tending his goats; again; there are contradicting accounts. 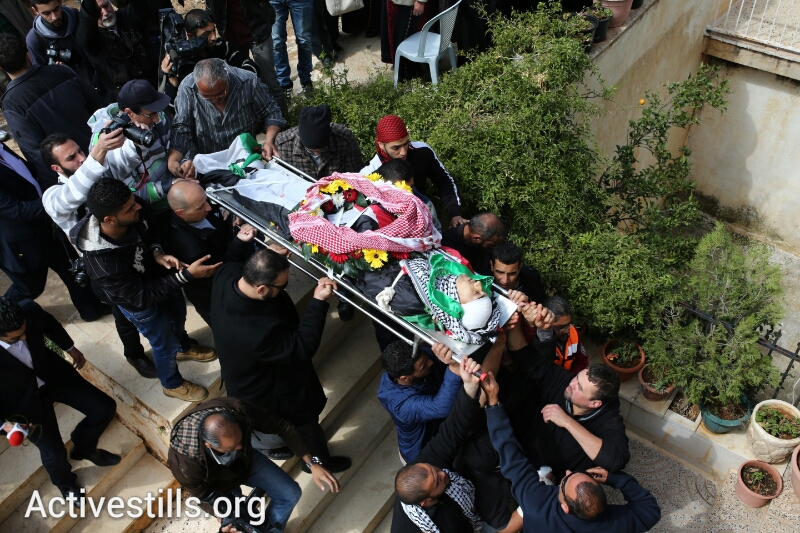 Today, Tuesday, the Knesset enacted a new law sponsored by Foreign Minister Avigdor Liberman and whose overriding purpose is to keep Israeli Arabs, who are 20 percent of the population, out of the Knesset.

We usurp Palestinian land, we rule their lives at gunpoint, we kill them when they get mad and often when they don’t get mad, and even in “democratic Israel” we treat Arabs as fourth-class citizens – and now we’re making a deliberate attempt to disenfranchise them.

This is a democracy? This is Mississippi circa 1961. You don’t like the term “apartheid?” Well, here’s Nobel peace laureate Desmond Tutu in a statement he made Sunday for the opening of Israel Apartheid Week:

I have witnessed the systemic humiliation of Palestinian men, women and children by members of the Israeli security forces. Their humiliation is familiar to all black South Africans who were corralled and harassed and insulted and assaulted by the security forces of the apartheid government.

Short of annihilating us, what could be more anti-Semitic than that?