One of the things that struck me about the J Street conference was that, despite the grandeur of the event (understandable due to its effort to rival the show put on by the veteran America Israel Public Affairs Committee every year), it was actually understated and done with taste.  There were no giant Israeli flags waving above Jeremy Ben-Ami’s head when he was at the podium, no centerpieces at the tables with Star of David-shaped chocolates to take home, and no gaudy items of merchandise distributed in the conference kits.

But there was one item of merchandise that I found quite distasteful and unfortunate, despite its charm: 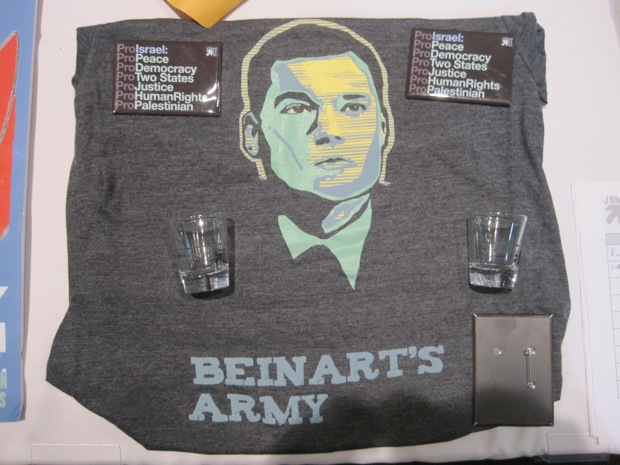 Peter Beinart's face on a J Street U t-shirt

Peter Beinart, now famous for his New York Review of Books article from last June in which he pointed out that American Zionism in its current form is on a “downward spiral,” was certainly one of the stars of the conference and is a leading figure in the leftwing “pro-Israel” community. He symbolizes for so many the notion that you can legitimately champion Israel and criticize it. And he is now enshrined on a t-shirt. The student arm of J Street decided to not only put his face on a t-shirt, but call themselves “Beinart’s Army.” Ironic and humorous maybe, understandable, sure, but definitely not tasteful.

This is not a criticism of J Street. They are doing important work by vocalizing, formalizing and normalizing what many American Jews have felt for a long time  (I myself was one of the directors of the predecessor to J Street U , the Union of Progressive Zionists).

Rather, I just want to point out how sad it is to me that today, in 2011, the American Jewish community (and Israel) have reached (regressed to) such a dire point in their confrontation with their own Jewish identity vis-a-vis the modern nation-state, that the hero of the left is someone who merely articulates the need to reinstate “open debate, a skepticism about military force, a commitment to human rights.” Where have we come to, and what have we done, that this is the message we are looking up to and praising? 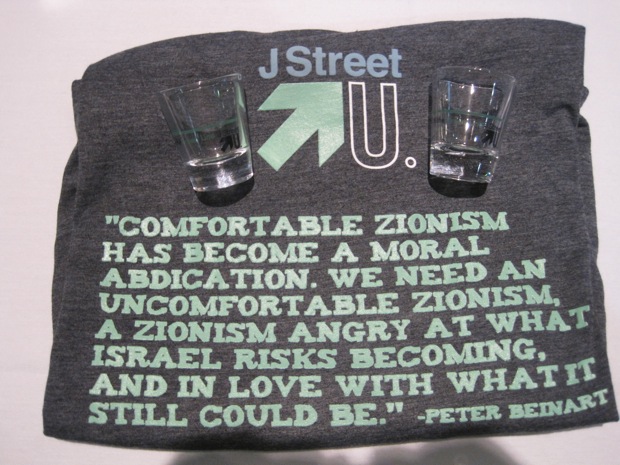 When Israel was established, leading organizations like the American Jewish Committee openly expressed diverse and independent definitions of Jewish identity and Zionism, asking questions and grappling with what it means to live as a Jew in post-Holocaust modernity. Israel was not assumed to be the definitive answer to modern Jewish life and was not the sole authority on Jewish culture and values. There was honest and serious debate over the kind of country Israel would and should become, and it was more than obvious that a Jew could express anger at Israel without having to defend his Zionism or affirm loyalty to the Jewish people. So its unfortunate that in 2008, an organization was created to assert concepts that were taken for granted 60 years ago.

All seriousness aside, I did really like this piece of merchandise: 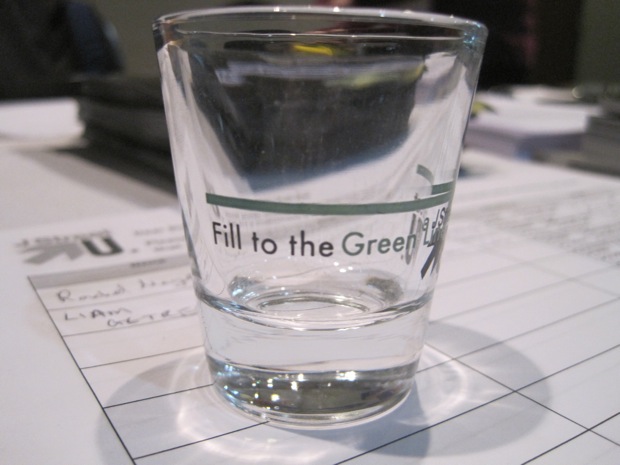 And I encourage you to check out Beinart’s speech at the conference, as it was very good.