While it will be a long wait for a safe consensus about this issue to emerge in Israel or in America, we need to treat the prospect of the end of the two-state solution as the five-alarm fire that it is. The question is whether the American administration has the political will to engage in muscular diplomacy.

By Ken Winikur and Ben Avishai 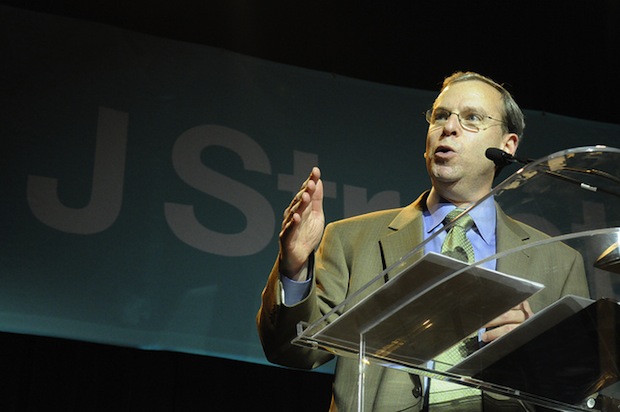 Addressing young Israelis in Jerusalem on March 21, 2013, President Obama discussed the imperative to reach a just peace with the Palestinians. Speaking like a community organizer, Obama laid out the challenge: “Political leaders will never take risks if the people do not push them.” It was a noble idea, but since then, those who agree have been left with a question: how?

The art of mobilizing citizens into action, of creating a voice that politicians actually hear, is the central theme a documentary we are making about J Street, the five-year old pro-Israel, pro-peace American-Jewish lobby group. J Street emerged shortly after Obama took office, rallying people from living rooms and synagogue basements across the U.S. around the progressive idea that to be pro-Israel means supporting a two-state solution, and that American involvement is crucial to making that happen. Its leaders soon found that the new administration was listening: when Obama convened an advisory session of Jewish leaders, he invited J Street founder and president, Jeremy Ben-Ami. And at J Street’s first national conference, National Security Advisor Jim Jones told a rapt audience that if he could solve any problem in the world, Israel-Palestine would be it.

We began filming J Street during the organization’s second year, curious to see if the it could make a difference. For the past three years, we have tracked its growth and witnessed its attempts to harness grassroots power to affect policy in Washington. J Street’s efforts have exposed a debate raging in the American Jewish community about how the U.S. government should act towards Israel, and have debunked the notion that American Jews are ideologically monolithic about that relationship. Criticized by the Right and the Left, we’ve watched as J Street has hunted for that elusive center – the sweet spot from which it could most effectively push the Obama administration to throw its weight behind an Israel-Palestine peace deal.

In 2009, Obama declared that Israelis and Palestinians could complete a deal “within one year.”  Since those optimistic words, the administration has backed away, and even fumbled the issue.  The result has been a continuation of the status quo. As Jeremy Ben-Ami said to us on the eve of the United Nations General Assembly vote to accept Palestine as a non-member observer state in November 2012 (which his organization did not support), “We set J Street up …to be the president’s blocking back. To blast a hole in the political line that’s preventing a president from going there. We did what we could, but when we looked behind us, it turned out no one was running through the hole.”

Nearly every expert we’ve interviewed over the course of our filming has stressed that the status quo is growing less and less tenable. Lawrence Wilkerson, former chief of staff for then-Secretary of State Colin Powell, said, “It’s increasingly difficult to see a Palestinian state crisscrossed by Israeli highways, checked by Israeli checkpoints, walled off by an Israeli wall. I cannot see that being a viable state if we let this go on much longer.” Thomas Friedman told us that if nothing changes, “Israel is going to be permanently pregnant with a Palestinian majority in its belly.” Alan Dershowitz, a staunch critic of J Street known for more a more hawkish line on Israel, said to us, “I have been in favor of a two-state solution since he [Jeremy Ben-Ami] was in diapers.” Yet he goes on to lament the “shrinking window of opportunity.” As Secretary of State John Kerry testified on Capitol Hill on April 17, 2013, less than one month after Obama’s speech in Jerusalem, “I believe the window for a two-state solution is shutting … a year to year-and-a-half to two years, or it’s over.”

Of course, Obama is correct that civic engagement is central to democracy. But while it will be a long wait for a safe consensus about this issue to emerge in Israel or in America, we need to treat the prospect of the end of the two-state solution as the five-alarm fire that it is. What is needed is a dose of bold leadership. The question is whether the American administration has the political will to engage in muscular diplomacy. As Thomas Friedman told us, “we all know what the parameters for a peace plan are.  Let’s get on with it, let’s get on with it.”

Ben Avishai and Ken Winikur are the directors of J STREET: the Documentary. Their Facebook page is: facebook.com/JStreetTheDocumentary.