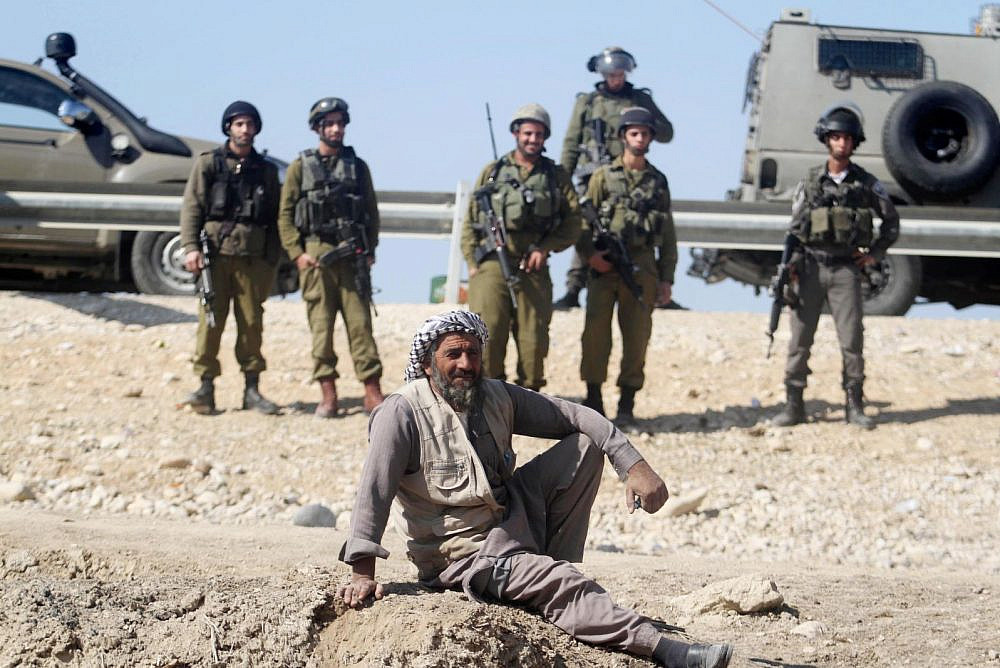 A Palestinian man rests by Israeli soldiers near the site of the old village known as Ein Hijleh, in the Jordan Valley near the West Bank city of Jericho, February 5, 2014. (Issam RiImawi/Flash90)

The view from my grandparents’ house in Jericho, the city where I grew up, looks on to the mountain ridges of the Jordan Valley that thunder down into the Dead Sea. Over the horizon of those mountains, from a Mediterranean Sea that lies beyond my reach as a resident of the occupied West Bank, would come the most beautiful sunsets. I always wondered if my ancestors, who lived on the same land, enjoyed this view as much as I did.

My family, the Barahmehs, are one of the indigenous clans of Jericho, their roots in the Jordan Valley going back centuries. Yet from an early age, I — like my father and grandfather — realized that the valley no longer belonged to “us.”

Shortly after our occupation in 1967, Israel began building settlements like Mitzpe Yericho, Yitav, and Kalia around Jericho and throughout the Jordan Valley, where they have grown and remained to this day. These colonial and expansionist policies did not begin with the Likud or other right-wing parties, but with the Labor Party. Such land theft and annexation have always been a central part of Israel’s institutional identity, cutting across generations of Palestinians.

Looking at a map of the West Bank today, Jericho appears as an isolated, Palestinian island surrounded on all sides by an encroaching ocean of Israeli-controlled land and Jewish settlements. While I have had the privilege of traveling the world, there are places just a few kilometers away from my home that I have never visited because Israel does not allow me to. As Palestinians holding green ID cards, Israel segregates us through a tiered identification system which determines where we can or cannot go. To visit Jerusalem, the city where I was born, I would need an Israeli military-issued permit. 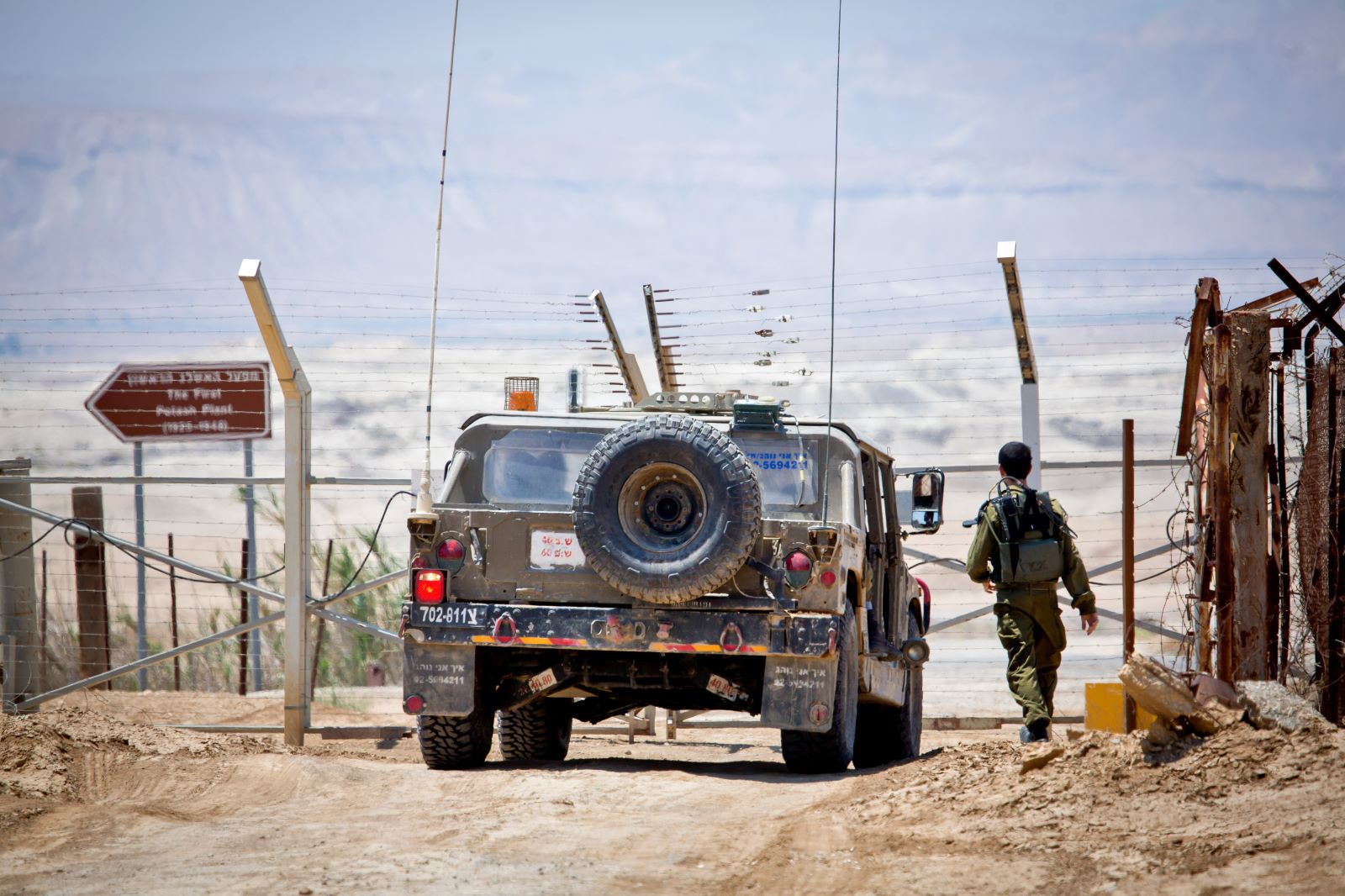 Israeli soldiers patrol near Beit HaArava, an Israeli settlement and kibbutz in the West Bank, located near the Dead Sea and Jericho at the Beit HaArava Junction. May 6, 2015. (Moshe Shai/Flash90)

I was never more confronted by this reality than when, at age 19, I tried to visit Kalia Beach on the northern shore of the Dead Sea in the occupied West Bank. Although it is a 15-minute drive away from Jericho, these beaches are owned and run by Israelis. They are “supposed” to be open to us Palestinians, but immediately upon arrival, I was racially profiled and denied entry. To them, I was an unwanted “guest” on the very shores my ancestors frequented for centuries.

If you ask Palestinians in the Jordan Valley how they feel about annexation, many will tell you that they thought we had already been annexed long ago. This is why we cannot help but ridicule the world’s growing, alarmist, and existential outcry as we approach July 1 — the date the Israeli government has pledged to begin advancing “de jure” annexation.

This outrage is not about us Palestinians. If it was, the world would have listened to us years ago. Rather, it is about those who are keeping alive a grand illusion that allows them to sleep at night instead of addressing the systematic oppression Palestinians face. That grand illusion is the failed Oslo paradigm that never reflected the horrific reality Israel was shaping on the ground, together with the bankrupt “peace process” that was designed to satisfy the world’s imagination and remove its imperative to act. For those protecting that illusion, the façade of the two-state solution is far more important than the suffering of millions.

I do not know what will happen on July 1, or what exactly Israel plans to formally annex. But I do know that the continuum of Israeli policy, which seeks to fulfill the vision of Greater Israel, will proceed incrementally. For decades Israel has taken our land and water, restricted our movement, destroyed our economy, displaced our communities, and ended our lives, all while treating us as lesser human beings — simply because we are Palestinian. And after all this, the world still thinks we have not yet crossed the Rubicon. 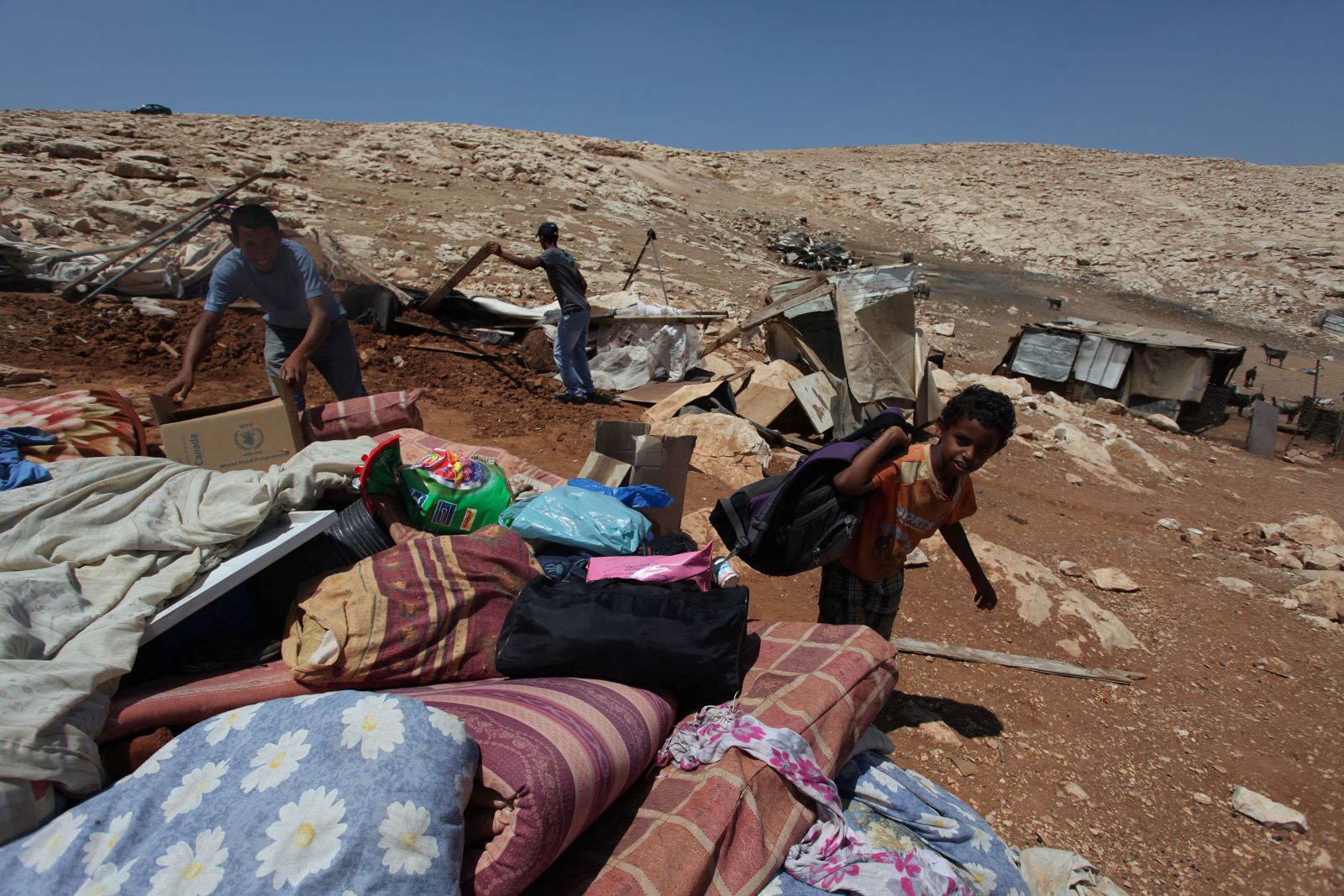 A Palestinian Bedouin child searches in the rubble of a damaged tent after it was dismantled by Israeli bulldozers under the pretext of building without permits at al-Baq’a camp near the West Bank city of Jericho, August 20, 2013. (Issam Rimawi/Flash90)

The world should not be surprised by what happens on July 1. It should instead be outraged that we have been forced to live under a system that affords freedom and rights based on ethnicity. Under this system, we Palestinians are either unfree, unequal, or both depending on if we are citizens of Israel, residents of Jerusalem, occupied subjects in the West Bank and Gaza, or refugees awaiting return. It is a system where being Palestinian can sometimes mean the difference between life and death. A system that blatantly enshrines supremacy and domination of one group of people over and another.

The Palestinian struggle today is not just about fighting annexation, which we must continue to do. It is about dismantling the entire system of apartheid. The world must recognize this reality for what it is, and impose political and economic pressure on Israel to dismantle that system. If the world is more interested in maintaining the current reality because it feeds a convenient façade, then the world itself is complicit.

Instead of maintaining this grand illusion, what we need now are systematic solutions that build a new social contract between the river and the sea, where everyone can be free with equal rights. This is not about who you are or where you from, or whether you are Palestinian or Jewish — it is about the values you stand for. We cannot let another generation of Palestinians grow up under apartheid.

Salem Barahmeh is the Executive Director of the Palestine Institute for Public Diplomacy, an independent organization based in Ramallah that advocates for Palestinian freedom and rights all over the world.