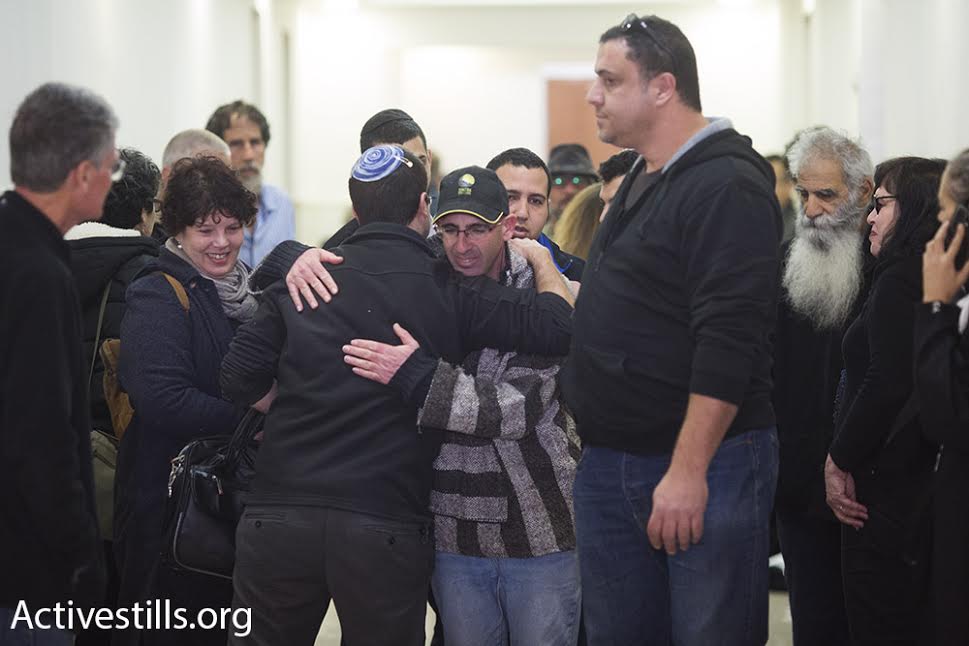 Nawi and Butavia, activists with anti-occupation direct-action group Ta’ayush, were arrested following the broadcast of a right-wing hidden camera “sting,” on suspicion of making contact with a foreign agent (Palestinian security services) and accessory to manslaughter (a Palestinian man who died, presumably of natural causes, after he was exposed selling land to Israeli settlers).

On Thursday morning Gabai Richter rejected a police request to bar Nawi and Butavia from entering the West Bank or making contact with others connected to the case. The police appealed the decision on Friday.

Nawi and Butavia were released from house arrest earlier this week after the court found that police — which had been investigating the two over their alleged involvement in the death of a Palestinian man — could not even establish what the cause of the man’s death was, not to mention what connection the two activists had.

In his decision, Judge Gabai Richter said the following:

As to the reasonable suspicion necessary to hand down such a decision — I did not find anything to substantiate the central suspicions against the respondents. As a result … this nullifies the cause for arrest and release [to house arrest and conditional release].

It is known that this case was at the heart of a political controversy, and is being used by one side to attack the other. There was a concerted effort to refrain from doing so throughout the lengthy hearings, although the two sides made an effort to emphasize these aspects of the story, which were not necessarily relevant.

Moreover, I regret that the behavior of the two sides during the hearings was not friendly and at times even hurtful. The spirit of debate is part of the appearance of justice, is inseparable from its very essence, and must be protected at all costs. If the court must be forced to remind us of this, it will do so. This should be axiomatic, and it is a shame that it has been forgotten here.

This court must adopt the rhetorical question “why must I be bothered with politics,” which applies to each of the suspects , and [I say that] on the basis of legal evaluations alone.

Nawi spent two weeks in detention (Butavia was arrested a week after Nawi) following an investigative report aired by Channel 2’s flagship investigative show, “Uvda.” The show, which aired in the beginning of January, accused the two — along with B’Tselem fieldworker Nasser Nawaja’h — of informing the Palestinian security services about a Palestinian man who allegedly trying to sell West Bank land to Israeli settlers. Selling West Bank land to Israelis is a capital offense under Palestinian law, although the PA has not carried out an execution in over a decade.

Nawi was arrested at Ben Gurion Airport as he was on his way out of the country three days after the show aired, although there was no legal obstacle to him leaving the country. He says he was leaving due to threats and attacks against him as a result of right-wing activists publishing his home address. 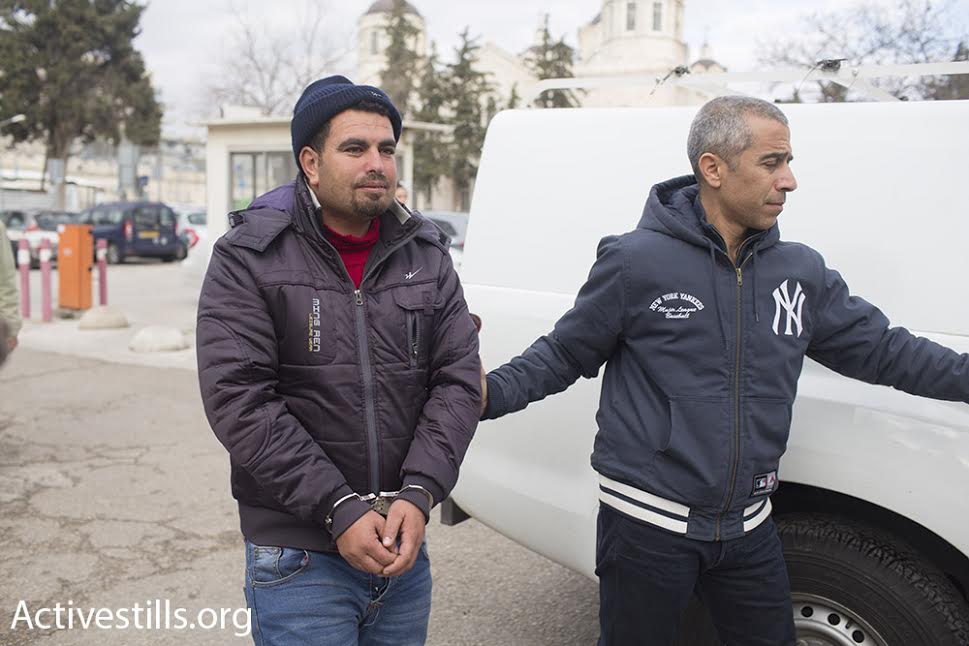 The court initially put all three cases under a sweeping gag order, prevented Nawi from meeting with his attorney, and tried to paint the three activists as responsible for attempted murder. Moreover, the police did not adhere to the District Court’s order to release Nawaj’ah, instead removing him from Israeli sovereign territory and delivering him to a military court in the West Bank.

Three weeks after the report aired on Uvda, it seems that the police still have no evidentiary basis for its suspicions against the three activists.