In what is being hailed as a “victory for the Jewish people and Zionism,” the Interior Ministry, led by the Shas party’s Eli Yishai, agreed last week to grant the Jewish Agency authority over the eligibility of Orthodox Jewish converts to immigrate to Israel under the Law of Return. Until now, Israel’s Chief Rabbinate, which is Orthodox, decided whose conversion it would recognize. According to reports, out of 2,000 Orthodox rabbis in North America, the Chief Rabbinate only recognizes 50, resulting in many newly converted Orthodox Jews being denied naturalization in Israel. This is different from Reform and Conservative conversions, whose leadership the ministry relies on for vouching for their conversion (However once they are in Israel, their status and rights as Jews is another story). 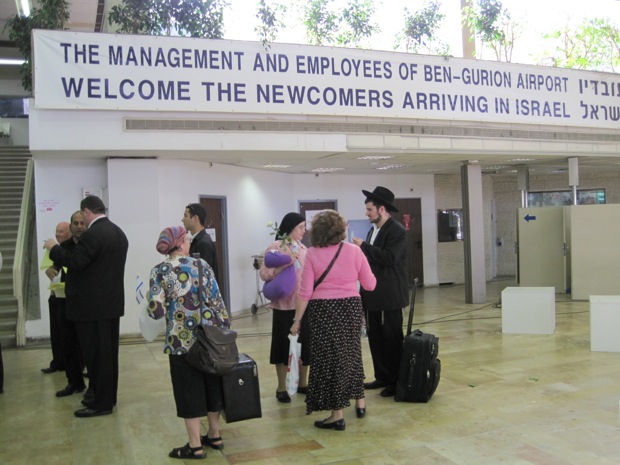 Eli Yishai did not voluntarily choose to make this policy change – rather it follows a law suit filed against his ministry with the Supreme Court by ITIM, the Jewish Life Information Center in Israel, on behalf of a Canadian man who converted to Orthodox Judaism and was then denied the right to Israeli citizenship (this, even despite the fact that his wife is an Israeli citizen!).

The move is significant because of the conflicting goals of the Interior Ministry (certainly in its current constellation) and the Jewish Agency. While the former is interested in preserving and cultivating a narrow form of Orthodox Judaism, the latter is interested in fostering Jewish identity in the Diaspora and encouraging Diaspora Jewry to feel a strong positive connection to Israel. It will therefore be interesting to see if the new agreement is in fact implemented smoothly.

It is also important to note that granting this right to the Jewish Agency is rife with political considerations that have to do with the Jewish Agency’s declining (or more accurately disappearing) status. Ever since Nefesh B’nefesh, an American nonprofit that provides assistance and financial incentives to North American Jews to immigrate (read more about them here), came onto the scene and surpassed the Jewish Agency in the number of immigrants it was bringing to Israel, the Jewish Agency has turned its focus from its founding mission of getting people to make aliyah, to providing Jewish education (partly out of the realization most Jews are not going to move here, and if they do, it has to come with a few thousand dollars provided by Nefesh B’Nefesh, which the Jewish Agency simply doesn’t have).

In this sense, the Interior Ministry’s granting of this authority over Orthodox conversion eligibility for aliyah is a way of providing the Jewish Agency with a task with which it can justify its continued existence – which is partially funded by the Israeli government.

This new step has done nothing for freedom of religion and the status of one’s Jewishness once in Israel, which is still monopolized by the Orthodox Chief Rabbinate in Israel. But I’m glad North American Jews can be a bit calmer about their connection to Israel – let’s see how many more band-aids can be put on before people start realizing that nothing will really change till the root of the problem – the lack of separation between religion and state in Israel – is addressed.