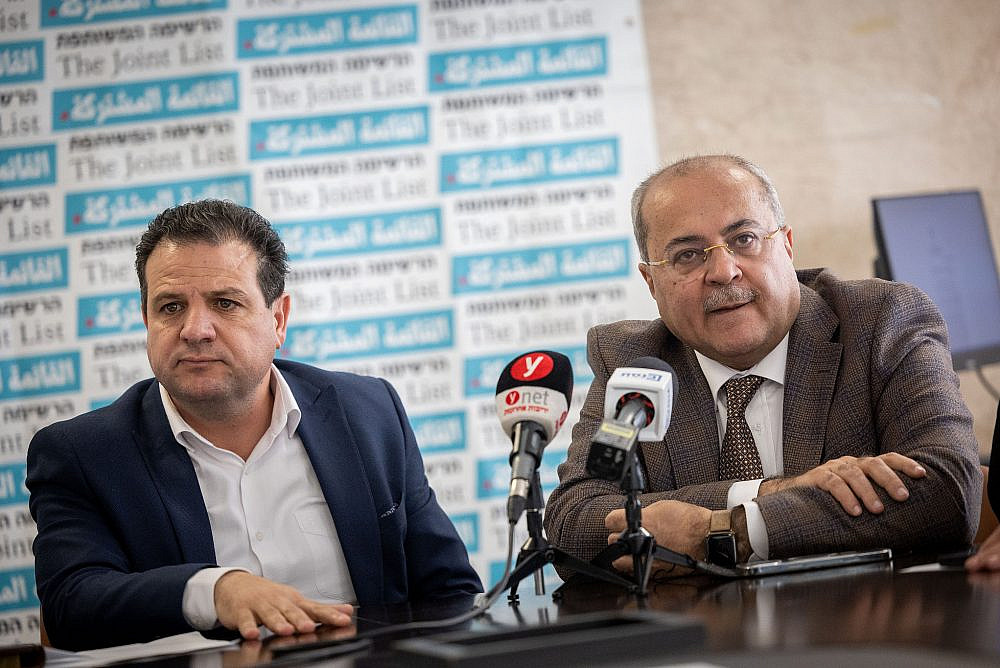 The political drama surrounding last week’s departure of coalition whip Idit Silman from the Bennett-Lapid government is engulfing the Palestinian parties in Israel — both the Joint List, the tripartite alliance led by Ayman Odeh, and Ra’am, the Islamist party led by Mansour Abbas.

On its face, the government, which has lost its parliamentary majority and can no longer pass any major legislation without oppositional support, could look to the Joint List, which carries six Knesset seats, as a life preserver. But the situation is more complicated.

Over the course of four election cycles in two years, the last of which took place in March 2021, the leaders of the Joint List centered much of their campaign around calling for the downfall of longtime prime minister Benjamin Netanyahu. Given that agenda, it would be hard for the Joint List to suddenly take part in bringing down the coalition that finally replaced him. After all, what would the Joint List say to the Palestinian public in Israel in a fifth election? They cannot simply ask voters to once again prevent the rise of Netanyahu. And what will they tell their supporters when asked why they let the new “government of change” fall in the first place?

On the other hand, the Joint List is hardly in a position to support the coalition: it has spent months relentlessly attacking the government, claiming it is even more right wing and destructive than its predecessors toward Palestinians on both sides of the Green Line. Moreover, should the Joint List agree to save the government in exchange for certain gains for Palestinian citizens, it would effectively erase any substantial difference between itself and Ra’am, which made waves by agreeing to join the coalition last year. In such a scenario, Ra’am would gleefully turn around and say: “We told you so.” 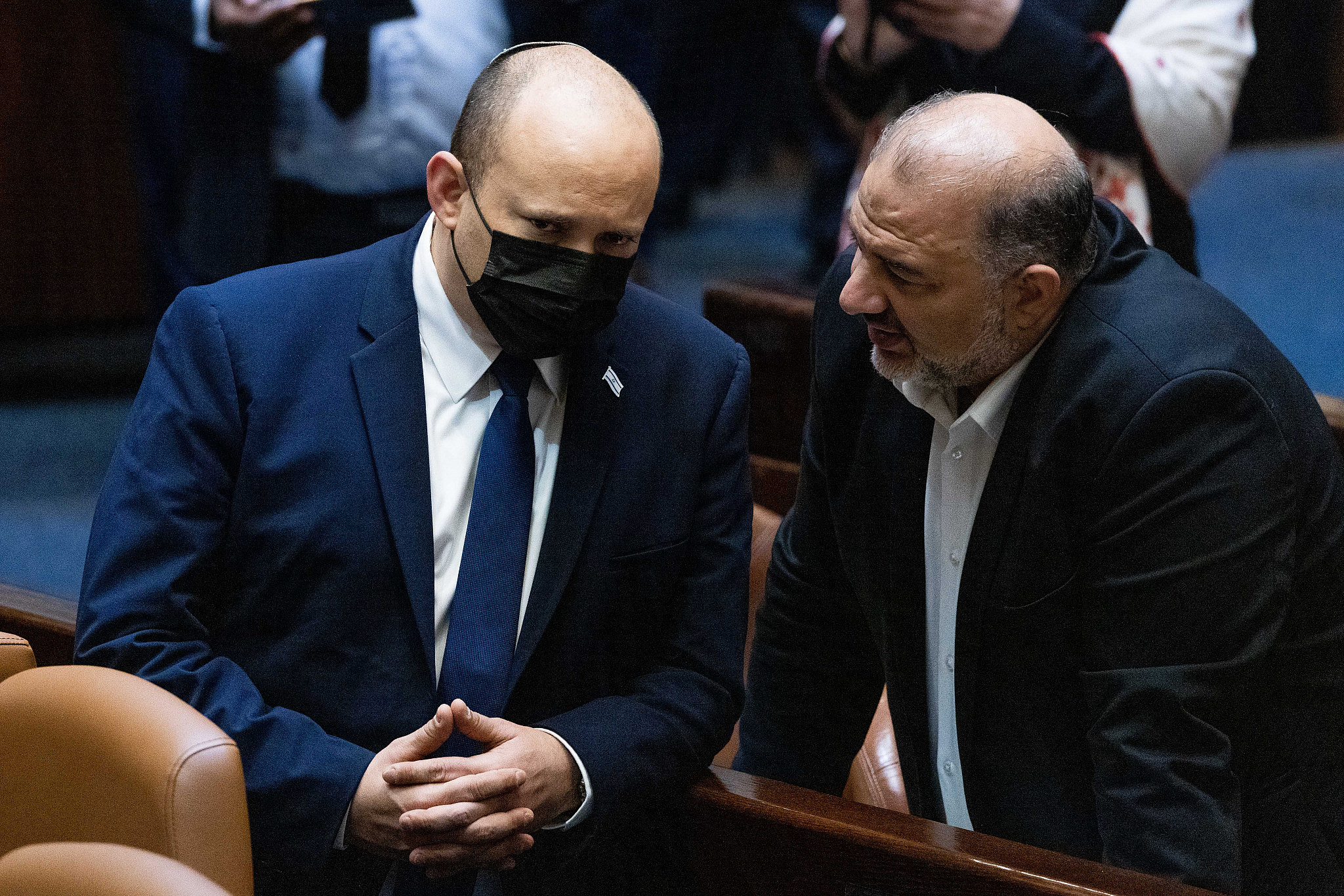 In parallel, the Joint List leaders are aware that there are those in the coalition, such as Gideon Sa’ar’s right-wing New Hope party, who are outwardly opposed to relying on Palestinian MKs. This raises the concern that even if the Joint List agrees to save the government, the government itself won’t welcome it with open arms.

Perhaps most importantly, it is impossible to treat the Joint List — an alliance of three parties which comprises communists, liberals, and nationalists — as a single entity with a single opinion.

In interviews to both Hebrew and Arabic media this week, Joint List Chairman and Hadash party leader Ayman Odeh was quick to reject the idea of joining the government. Among other things, Odeh said that there is no chance that the Joint List would “provide the oxygen” the coalition needs to survive, and emphasized the ideological differences between his alliance and Ra’am, which broke from the Joint List last year before joining the Bennett-Lapid government. Sami Abu Shehadeh, who heads the Balad party, echoed Odeh, stating that the role of the opposition is to bring down the government.

It wasn’t long, however, before it became clear that Joint List MK and veteran politician Ahmad Tibi, who heads the Ta’al party, has a different view. 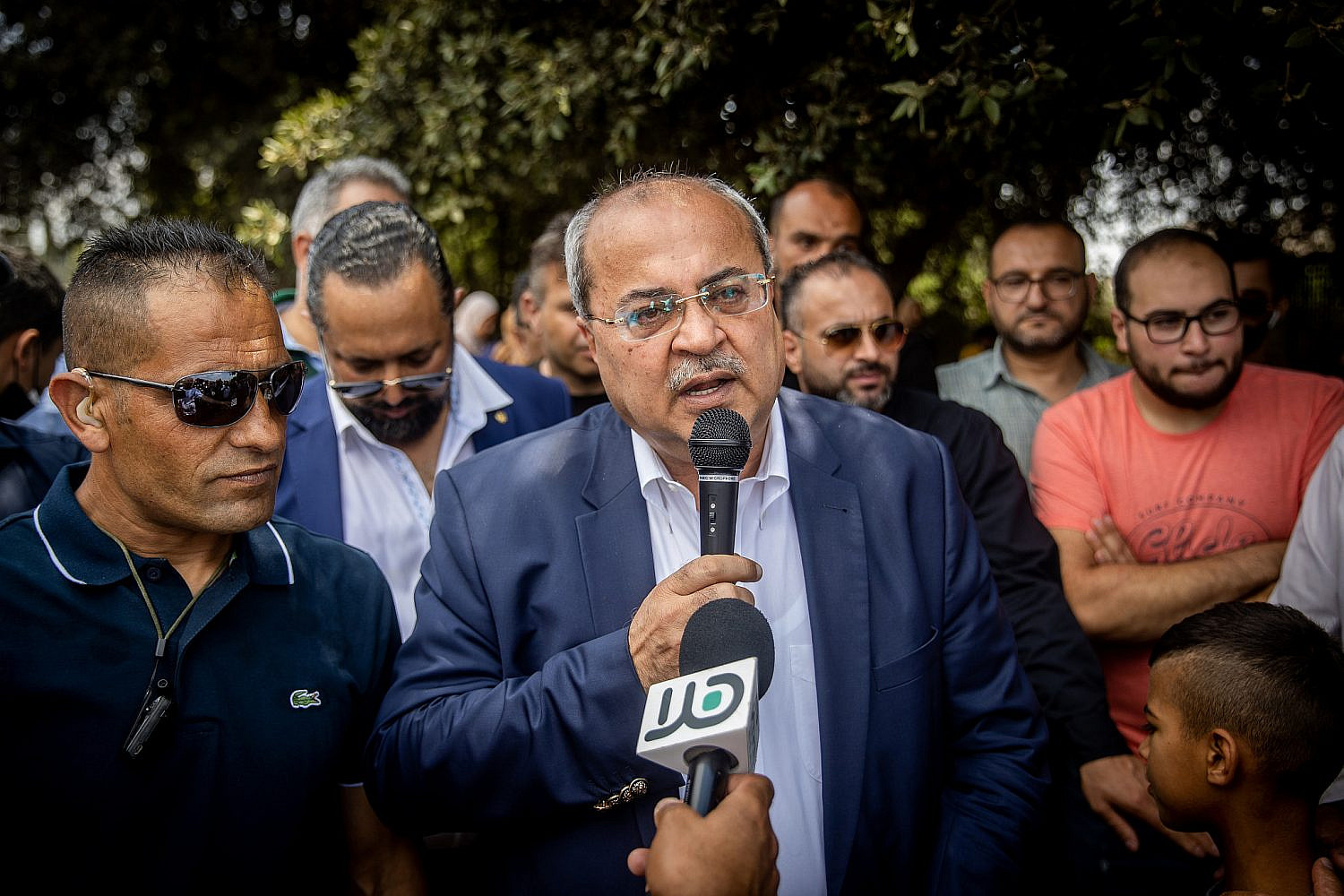 MK Ahmad Tibi speaks during a protest against the Citizenship Law, also known as the Ban on Family Reunification Law, outside the Knesset in Jerusalem, July 5, 2021. (Yonatan Sindel/Flash90)

Unlike their colleagues, Tibi and fellow Ta’al MK Osama Sa’adi have so far remained relatively silent about the whole affair. Ta’al is unlikely to save the coalition at any cost, but it seems interested in exploring the possibility of taking specific, non-binding actions to keep the government afloat in exchange for steps that would strengthen the Joint List. This would effectively take away Ra’am’s monopoly over the government’s day-to-day agendas for Palestinian society in Israel, particularly on issues relating to employment, planning, and construction.

A source in Ta’al, who asked to remain anonymous, confirmed that the party was unhappy with Odeh’s “hasty statements,” which killed the “possibility” of bringing about important gains while also weakening Ra’am. Nonetheless, Odeh confirmed that the heads of the parties within the Joint List are still holding internal consultations on the matter.

In the meantime, members of the Joint List are also holding talks with the governing coalition itself. A source in Ra’am, who asked to remain anonymous, said that Abbas is interested in keeping the coalition alive as long as possible, and that he was the one to initiate the aforementioned talks.

The risks of elections

Tibi, with all of his political experience, is well aware that the Palestinian public in Israel writ large — despite its displeasure with the current, right-wing-led coalition — is not interested in another election. After four tumultuous election cycles, Palestinian citizens have grown tired of heading to the voting booth over and over again with little to gain. 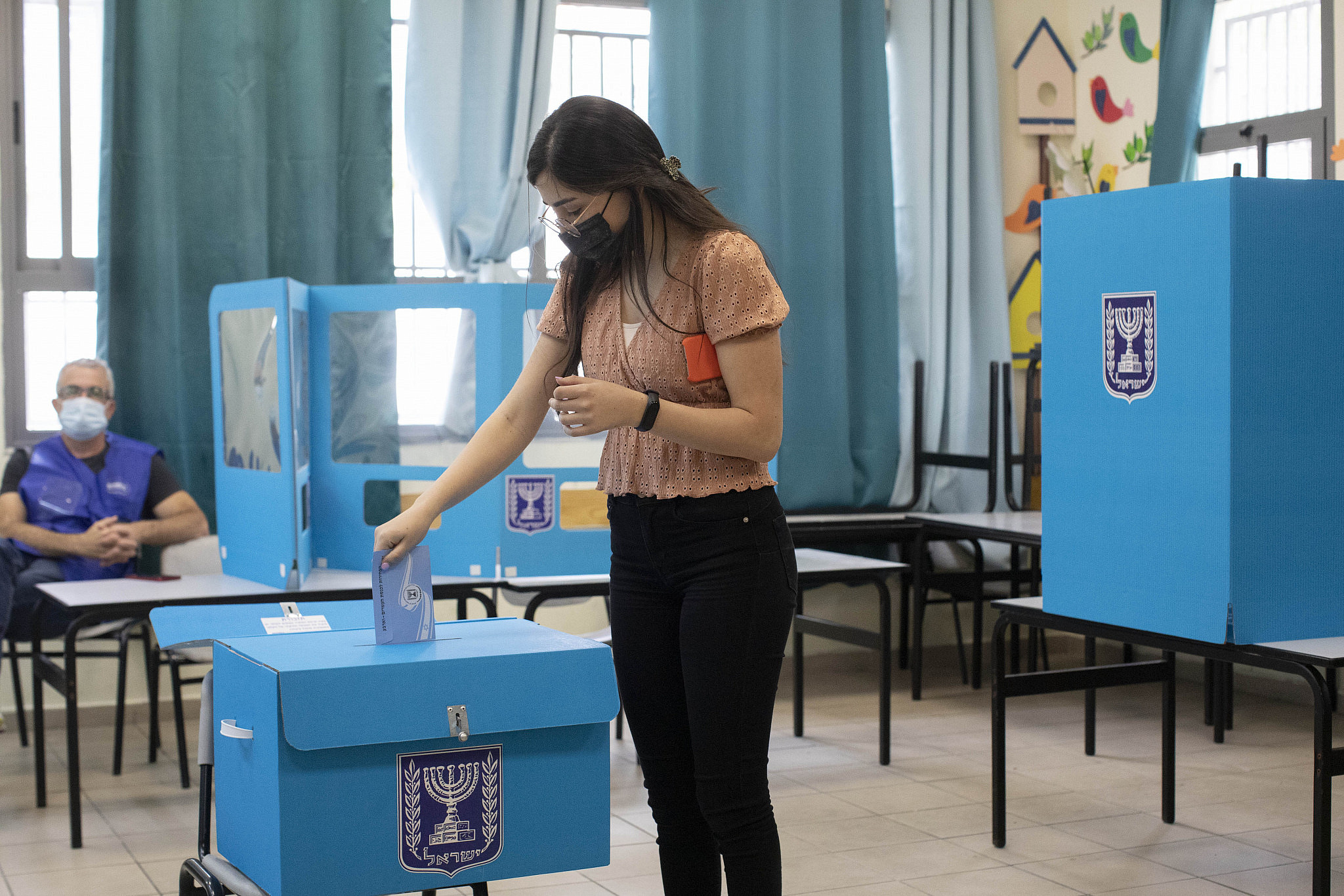 Palestinian citizens of Israel vote during the Israeli election day, in the city of Tayibe, March 23, 2021. (Oren Ziv/Activestills)

At the same time, Tibi knows that Palestinian citizens are not interested in another Netanyahu-led government, and certainly not a far-right one that includes Kahanists like MK Itamar Ben-Gvir. They still remember how, for over a decade as prime minister,  Netanyahu completely ignored the scourge of violence and crime in their communities, promoted racist rhetoric against them, and sought to turn Palestinians into unwanted guests in their homeland through a slew of discriminatory legislation such as the Jewish Nation-State Law which passed in 2018.

Tibi also understands that going to elections could be very dangerous for the Joint List: its popularity has sharply dropped, and the Palestinian public has grown more and more disappointed with the possibility of effecting change through parliamentary politics, as Ra’am has tried to do over the past year. Even those who oppose Ra’am’s path are disgruntled with the Joint List, which was unable to form a strong political alternative and integrate the wider Palestinian national question with the daily problems that plague Palestinian citizens.

New Israeli elections could see an unprecedentedly low turnout among Arab voters. A recent internal poll conducted by the Joint List revealed that the turnout is expected to be about 40 percent, compared to 45 percent in the last election. This would lead to the deterioration of the Joint List’s representation from its peak of 15 seats in 2020 to only five seats in 2022.

And yet, one can assume that Israel’s Zionist parties will also face challenges in any upcoming election this year. This trend is not solely relegated to the parliamentary arena, but has the potential to affect Palestinian society’s relations with the state and the Jewish majority as a whole, particularly during this tense and politically-charged moment.