The Israeli right celebration of the legal opinion that there is no occupation – written by the Supreme Court Justice that opposed the disengagement – is evidence that public debate has clearly reached a delusional moment. 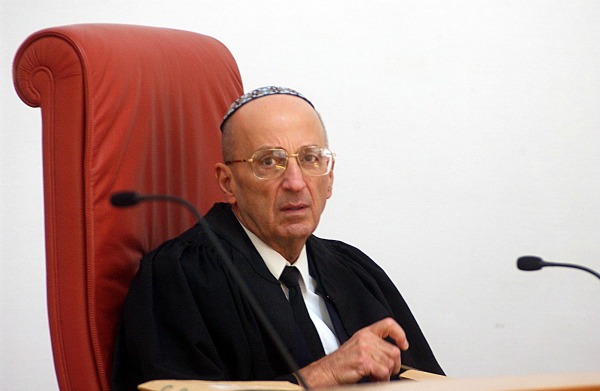 A panel formed by Prime Minister Benjamin Netanyahu has concluded that Israel is entitled to settle the West Bank with Jews. The committee, headed by former Supreme Court Justice Edmond Levy, claims that Israel’s control over the West Bank cannot be seen as “occupation” since no country has recognized sovereignty over the territory. Therefore, the Fourth Geneva Convention, which prevents the transfer of a civilian population by an occupying force into the occupied territory, does not apply to the West Bank. Justice Levy recommends that the Israeli government end the temporary status of the settlements and register the settlers’ control over the territory.

You can read the entire report here (Hebrew, PDF). A few quick takeaways:

This position is not new. Although the Israeli Supreme Court did cite the Fourth Geneva Convention in various rulings, Israeli legal scholars and some of their supporters have put forward this interpretation before, as part of an attempt to justify the ongoing colonization of the West Bank and the annexation of East Jerusalem and the surrounding areas (I addressed one such effort here). To the best of my knowledge, this position has never been accepted by the majority of the international legal community, or by major legal scholars. 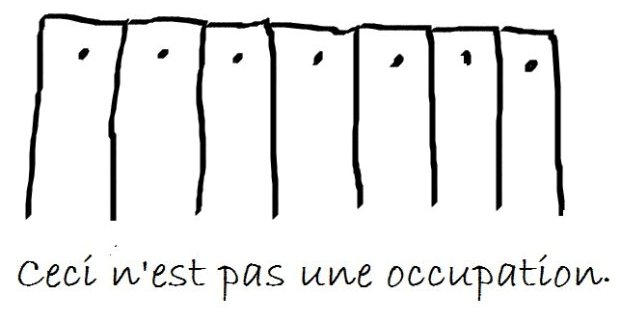 If anything, I see this verdict as additional evidence of the failure of the legal field’s to contest the occupation. The Israeli left has made a historic mistake by believing that courts can provide a platform for battling the occupation. For decades, human rights organizations have filed hundreds of petitions to the Supreme Court in an effort to stop the ongoing annexation, colonization and persecution of the Palestinian people. As a rule, the courts always approved the colonial practice while placing a few caveats. The Supreme Court allowed settlements, but not on privately owned land; it allowed targeted assassinations, but under certain conditions (which were not adhered to by the army); it allowed construction of the separation barrier on Palestinian land, but then moved it in a few places; recently, it also allowed Israel to use and sell Palestinian natural resources. The court even allowed torture under certain conditions, although this is the one aspect where it actually went a step further and ruled out most of the practices used by the Internal Security Service.

One of the last efforts in the legal battle against the occupation was The Outpost Report, produced a decade ago by attorney Talia Sasson (who later joined Meretz). The report concluded that Israel violated its own rules and its international commitments by allowing and aiding the establishment of new settlements in the West Bank and on private Palestinian land. The government approved the report, but in most cases action against the outposts was delayed. Finally, Israeli NGO’s – in most cases, Peace Now – started filing petitions demanding the return of the land to its owners.

After several court rulings in favor of the petitioners, Prime Minister Netanyahu decided to tackle the root of the problem – the Sasson report. This is the reason he formed the new panel. By nominating justice Levy to lead it, the prime minister pretty much determined the outcome – Levy was the single minority justice that ruled against the disengagement from Gaza, declaring that it violates the rights of the settlers. To sum it up, it took the Israeli government a decade to do what most people do in the minute after getting an opinion they don’t like from a legal adviser: they go to another lawyer.

The fact that the Israeli media is taking this report seriously is another testimony to the complete failure of the public political debate here (to be honest, the Sasson report, which separated “legal” settlements from “illegal” ones was not much better. It could and should have served the Israeli bureaucracy, but turning it into a policy report was a bad joke). As any person in his right mind could note immediately, Justice Levy doesn’t address one tiny formality in his report – the Palestinians. The occupation was never (just) about land. It’s first and foremost about the people under military control for 45 years.

Read also on this issue:
> The profitable occupation, and why it is never discussed
> One or two states? The status quo is Israel’s rational choice

Now that we found out that there is no occupation and there never was, I wonder how the great minds of the Israeli legal community would justify the two separate legal systems Israel has in the West Bank – one for 20 percent of the population (Jews) and one for the other 80 percent. If it’s not occupation, how do we call a situation in which millions of people are deprived of freedom of movement, tried in military tribunals, and don’t even have a recognized nationality or a passport? And don’t say Apartheid, because you’ll be called an anti-Semite.

This absurdity is a good opportunity to give up on the notion that the internal process in Israel will end the occupation. “The internal process” has turned the Israeli legal system into a joke, and resulted in a political system in which all mainstream parties share the same denial of reality. Israelis truly believe that there is no occupation, or that Palestinians could be made citizens of Jordan, while Israel keeps holding the territory they live in (this is the popular idea the right is pushing). Why Jordan, I say? If we are going to make them citizens of another system which has no effect over their life, lets at least be generous and make them French!

The delusional state of the public debate is such that nobody even bothers to ask Justice Levy what is he planning for the Palestinians under his new legal vision (I hope that international journalists raise this point in their reports, but I wouldn’t hold my breath). Clearly, all the systems here – the legal, the academic, and on top of everything, the political – have long ago given up on dealing with the Palestinian issue, and are now putting all their resources in rationalizing the status quo. By playing along with those fantasies, Israel’s friends are pretty much making sure that the waking up will be arduous and painful.