This state has never truly recognized the injustices it is responsible for: the Nakba, the occupation or the poor treatment of Mizrahim. And yet, we still have an obligation to try and make this a place worth living in. 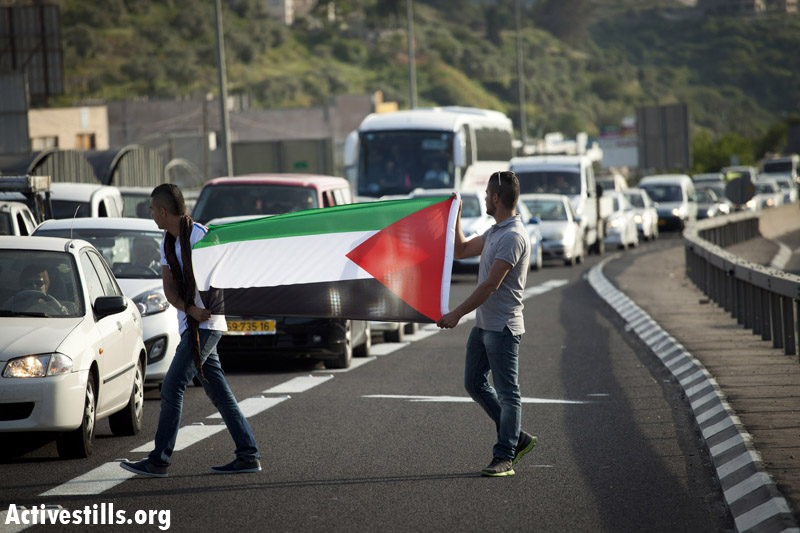 Will someone explain to this Arab woman what exactly Israeli society is ready for, and who it is willing to include? Who’s in and who’s out? Who is constantly fighting to get, yet gets kicked out at every opportunity? And who gets dragged in even when they don’t truly feel a sense of belonging.

If there is such a thing as Israeli society, it’s in deep trouble. Especially if you think it has anything to do with the term “democracy.” But how could I truly expect the last 67 years to bring about a modern, principled and inclusive democracy when its founding was based on a racist mentality that established that Jews of a specific kind deserve more?

A state in perpetual establishment

The occupation and the establishment of the state were, from the beginning, an injustice. That very injustice follows us until this very day. In establishing the State of Israel, Israel trampled over and expelled the local Palestinians, who lived side-by-side with Jews for many years. This process never stopped; to this day the state is still being “established.”

This all stems, in my opinion, from the racist ideology of Zionism. The same worldview that divides the world into Jews and non-Jews, where Jews are “the chosen people” who have the God-given right to take over this land in the name of Judaism, all while using colonial tools of occupation and war, and aided by an international community that is ashamed of the Holocaust.

Think about this: can you think of one Israeli leader who did not start a war? Or perhaps of one leader who actually did good things for the people here? Ask yourself what the state did to Jewish immigrants from Yemen, Morocco or Iraq. What it did to Ethiopians or Russians. Or what kind of treatment Arabs have received here all these years.

But before we get dragged into the endless eternal victim debate, let’s look at what is happening today. Look at how our leaders treat asylum seekers and foreign workers. Discrimination is everywhere and corruption is becoming rampant. The situation is no different when we look at housing, education or welfare. Israel is still killing Palestinians on a daily basis, and a soldier at a checkpoint can still harass the helpless at a checkpoint without being held accountable.

‘Equality is a Western invention’

This state neither recognized nor strove to fix the injustices it was responsible for. It does not try and do anything about its racism. On the contrary, racism is rearing its ugly head and running in the upcoming elections, in the form of Naftali Bennett’s Jewish Home party. Because he who occupies, steals public funds and harasses Arabs in the name of security, all the while being constantly protected by the IDF – why should he think about equality, justice or, God forbid, even peace? As a settler once told me: “Equality is a Western invention – a bone they throw to all those who will never be equal. This is nature, there is no equality and there never will be.”

As long as this ideology takes advantage of the mechanisms of democracy in order to stay in power, the occupation will only continue, and the internal power relations between Jews and non-Jews, as well as between Jews of different ethnic backgrounds, will remain intact. But for now, as long as the right to vote and be elected is available to us, we have a responsibility to use it to try and change our fate – to take advantage of the opportunity and work to make a change as a first step that will lead to building a country that is truly worthy of all who live in it.

Samah Salaime Egbariya is a social worker, a director of AWC (Arab Women in the Center) in Lod/Lyd and a graduate of the Mandel Leadership Institute in Jerusalem. This article was first published on +972′s Hebrew-language sister site, Local Call. Read it in Hebrew here.

Related:
To maintain democracy, citizenship must be guaranteed
Why I oppose recognizing Israel as a Jewish state
Liberating Israeli Jews from the dark legacy of the Nakba