The league’s most racist team is in deep trouble, and two of the league’s top scorers are Arab. What more could a guy ask for? 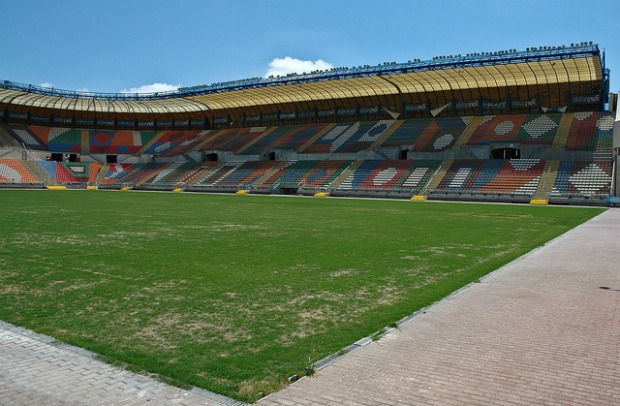 Something very cool is happening in the Israeli Premier League.

As Yoav Borovitz of Haaretz wrote [Heb] a few weeks ago, the last time an Arab won the title of top scorer was in the 1987-88 season, when the legendary Zahi Armeli scored 25 goals for Maccabi Haifa. Back then, there were only two Arabs playing in the top league. Today there are 50.

I was a teenager in those days, growing up in Haifa. And I clearly remember the hype around Armeli. You have to remember, these were the days of the first Intifada, and in Haifa – Jewish kids were playing soccer with Zahi’s #13 Maccabi Haifa shirt with pride. He was king back then.

The only other Arab player to reach those legendary heights in the league was Rifat (Jimmy) Turk, who used to play for Hapoel Tel Aviv in the 70’s and 80’s. Since then there have been a few stars, such as Walid Badir and Abbas Suan, but none seem to have had the glory that Turk and Armeli did.

This one’s in Hebrew, sorry.

Despite his success on the field, Amashe is most probably having some difficulty with what’s going on outside the pitch. He’s from the Druze village of Bukata in the Golan Heights, a village that is very supportive of the Syrian regime. As Borovitz noted, his family still has a portrait of Hafez al-Assad in their living room.

Yet, what should probably make any liberal minded person gloat these days is the trouble that Beitar Jerusalem is going through. Once an empire, with many trophies, Beitar Jerusalem today is just two points above the bottom red line, and if things keep going this way they could (God help us) be relegated to the second league.

What hasn’t been said about the Beitar fans? Racist slurs galore are heard in the stands, and even Kahane flags are waved every now and again. I find them disgusting, and couldn’t be happier.

The match last Saturday was too good to be true. They lost 3-0 (at home!!!) to their rivals (more like enemies) from the north, the Arab team of Bnei-Sachnin. Talk about being humbled. In fact, it was too humbling, apparently. The Beitar fans started rioting and injuring Sachnin fans. Today [Heb] the team was fined 10,000 shekels for it behavior. To be “fair”, apparently the Sakhnin fans were acting up themselves during the national anthem. You poke Beitar fans like that, you’re bound to get some action.

And last night, they were kicked out of the State Cup, by a small team called Bnei Lod. The Lod chairman, Abu Subhi (yup…), summed it up for me quite well, in Haaretz today:

Subhi, much criticized by Naim (the Beitar coach – A.K) for his pre-game remarks, felt he was on roll. “I hope Yuval Naim gets the sack, the sooner the better,” he said gleefully after the final penalty, “and I hope Beitar is relegated at the end of the season.” It wouldn’t be wise to bet against both prophecies.