After the 2008 global financial crisis, some of Israel’s neo-liberal fundamentalists sobered up from capitalist dogmatism and became ‘social.’ This led them to discovering Scandinavia, and lately they have been busy marketing a biased and union-free capitalist version of the ‘Nordic Model’ in Israel as well.

By Yossi Dahan (Translated from Hebrew by Orna Meir-Stacey,  Edited by Ami Asher) 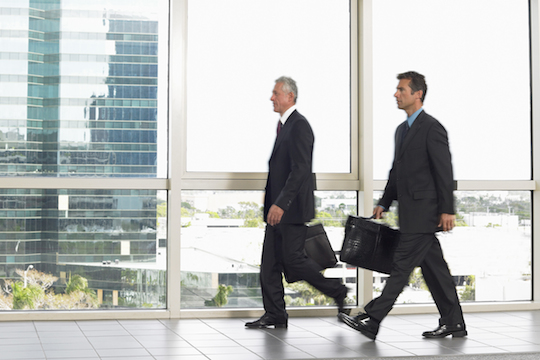 It is interesting to follow the socioeconomic discourse in Israel as it developed over the past three decades. To see how the social-democratic dictionary and debate, which had previously been the province of few – a discourse revolving around values such as social justice, solidarity and collective responsibility adopted in the Nordic welfare state model – was partially appropriated and adopted by the establishment media. There were days when this discourse would be subject to heaps of contempt and mockery on the part of the neoliberal economy media, which treated anybody daring to express ideas such as social justice and social-democracy as economic ignoramuses, dogmatists and ideologists, whose vision was to turn Israel into the Stalinist Soviet Union.

Mainstream neo-liberal media included, at the time, many zealot followers like Guy Rolnik, who served at the time as economic correspondent in the IDF Radio. I recall the weekly public service broadcasts in favor of capitalists and rouge capitalism in the program “A Brief Hour about Economy,” edited and delivered at the station by the senior Haaretz economic correspondent and commentator, Avraham Tal. I recall the daily preaching for privatization, social budget cuts and deregulation to which many others in the established media were partners – but were no more than provincial copycats of their Reaganist and Thatcherite ideological allies. In recent years, particularly after the 2008 global crisis and more so since the 2011 social protest in Israel, some of these zealots have been undergoing ideological rehab, suddenly digging up the social dimension of the economy, and announcing the amazing discovery that the economy should serve society, not the other way round. The funny thing is how quickly those fickle public opinion leaders are appropriating a progressive social discourse without a word of apology or remorse. I’m not complaining, though. I can only wish them full and successful rehab without too many withdrawal symptoms.

About six months ago, on the ruins of the gluttonous capitalism it preached for, The Economist discovered the Nordic welfare state model and lionized it as a socioeconomic wonder, a veritable miracle with high economic productivity, low poverty rates and high equality. Shortly afterwards, its local conservative counterpart, The Marker, imported and translated this discovery for the Israeli reading public. The Economist offered an erroneous and misleading description of the so-called Scandinavian welfare state, as Joseph Schwartz accurately observed in Dissent magazine. This description did not include, for example, the very high rate of unionized workers in these countries and their central role in determining the socioeconomic policies – an issue which Dr. Ami Vatury, the only local expert on Scandinavian socioeconomic policies and a cofounder of the Israeli Koach La Ovdim (Power to the Workers) union, referred to more than once. Both The Economist and The Marker also tried very hard to downplay the fact that 30 percent of the workforce in these countries are employed in the public sector, the object of their fierce hatred, as opposed an OECD average of 15 percent.

This week, Guy Rolnik devotes quite a few pages to an examination of the Swedish model, including interesting interviews with union and other economists. While praising Rolnik for retracting biased presentations of this model in the past, Ami Vatury points at what he calls groundless conclusions drawn by Rolnik regarding recent unionization processes in Israel.

The problem with Rolnik, and many others who have recently discovered the Swedish model, is the selective and biased manner in which they describe it – a selective description that corresponds with their ideological views. Rolnik writes: “Here is what we learnt from the economists representing the biggest unions in Sweden: all employment and pay agreements in this country are subject to the sacred principle of efficiency and productivity. To make sure pay agreements do not damage the economy, they are led by pay agreement in the export industries, which have to compete in international markets”. The foregone conclusion from this and from what Swedish economists say – the conclusion which should have been adopted by the newly converted fan of the Swedish model who wishes to import it to Israel – is that strong unions must be established in key Israeli export industries, such as the completely non-unionized hi-tech industry. Instead, Rolnik’s Pavlovian conclusion, which is also one of The Marker’s main agendas, is that unions in the public sector must be weakened. (I too agree that they require significant democratic reforms).

In order to create a sharp contrast between Israel and Sweden, Rolnik also misrepresents the new unions in Israel, claiming they are all established in the public sector, despite recent unionization initiatives in the insurance, media and cellular industries. The Marker regularly laments the bitter fate of disenfranchised non-unionized workers and contractor workers, but this is usually done not in order to improve their conditions, but in the context of attacking existing trade unions.

A central element of the Swedish model is a flexible labor market, with high mobility and career diversity. But in order to maintain this flexible labor market, Sweden sets aside 3 percent of its gross national product for professional training and grants generous unemployment benefits. In Israel, where the professional training budget has practically been eliminated, I would expect a convert of the Swedish model such as Rolnik – who considers employment security and job permanence to be one of the main causes for economic inefficiency and corruption in the Israeli market – to support these tenets of the Swedish model and promote their adoption in Israel. But also in this case – not a word.

So, too, as regards privatization. Rolnik emphasizes the policy of privatization of social services such as education and health. For instance, education services in Sweden are provided not only by the state but also by private entities, some nonprofit and others for profit. The state issues vouchers with which parents choose among various public, non-public and for-profit private schools. Note, however, that these vouchers are granted on an equal basis, and that it is impossible to top them with private funds. In addition, all schools are heavily regulated. Moreover, according to the interviewees, education is a major source of dissatisfaction in Sweden, with low teacher salaries and student achievement levels. Indeed, not all is pink in the Swedish education system. A few months ago one of the large private corporations providing education services, JB Education, declared bankruptcy, leaving thousands of pupils and teachers helpless. The privatization of the education system, which includes such thorny problems as privatization of service provision, the involvement of for-profit organizations, and competition between schools for vouchers, is too serious an issue to be dismissed with the statement that this is how they do it in the Swedish paradise, only because it fits in with your libertarian preferences.

If The Marker decided to enlist to the cause of the Swedish model which, among other things, is based on unique historical, cultural and moral values, then the first step, as also stated by the interviewees, would be to stop their obsessive persecution of public sector employees. Instead, they would do better to devote a column or two to the importance of establishing unions in export industry sectors, and call for public investment in professional training and increased unemployment benefits. These are central elements of the Swedish utopia.

This article was first published in Hebrew on the Haokets website.