If it had been Palestinians who killed three Israelis, we would be having a very different conversation about a ‘worrying escalation’ or ‘wave of violence.’ 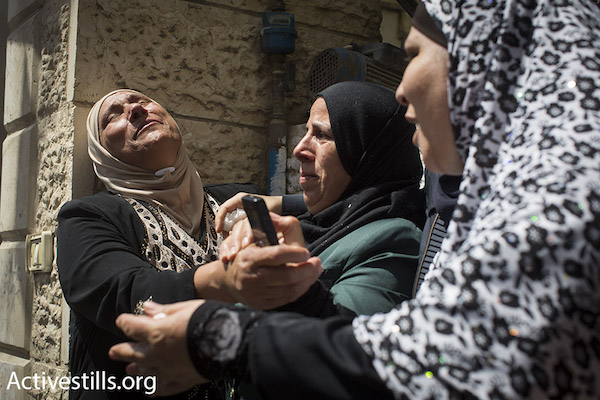 Israeli military forces shot and killed three Palestinians in the last week. All three killings took place during raids in the middle of the night to detain suspects in crimes we know nothing about, sometimes crimes the suspects know nothing about. Although it appears there was some level of resistance in the three attempted arrests, there is no evidence at all that any of the three were armed or posed a mortal threat when they were killed.

In the early hours of Monday morning, soldiers and police commandos entered the Qalandiya Refugee Camp looking for 18-year-old Muhammad Abu Latifa on suspicion of weapons trafficking, though some reports say simply, “terror activities.” According to the IDF, Latifa was shot in the leg while trying to escape to a nearby roof, from which he fell to his death. His family claims he was simply shot to death, and a report published on +972 on Monday shows evidence that challenges the IDF account.

Some reports in Israeli outlets, like Haaretz, didn’t even bother to speak to anyone from the family and only provided the IDF account. Ynet’s English site reported the story with an appalling headline that left many dumbfounded: “Parkour in Palestine: Fleeing suspect falls to his death,” playing on the acrobatic sport that has become popular among young Palestinians, who use their bodies to jump on and between buildings and urban obstacles. It was the top story on their homepage for several hours before being changed. Ynet declined to comment when I approached them asking them what they were thinking.

The previous Thursday, Falah Abu Maria, 52, died after being shot twice in the chest by Israeli soldiers who tried to enter his family home in the West Bank village of Beit Omar, near Hebron, at 3:30 a.m. Again, Israeli media primarily adopted the IDF version that the fully armed combat soldiers “encountered resistance,” which was enough to justify his death, at least as far as Israeli mainstream media goes.

A report in The Telegraph, which consisted primarily of an interview with family members who witnessed the shooting, contradicts IDF Spokesperson’s claims that the forces were confronted by a “violent mob” throwing stones at them. According to Abu Maria’s daughter-in-law, not a single stone was thrown, but Abu Maria did throw a plastic potted plant at the soldiers after watching soldiers shoot his son Mohammed, 24, in both of his legs at point black range. According to the family, Abu Maria thought his son had been killed, and in the rage of the moment threw a small plant at the soldiers, for which he got two bullets straight in the chest.

In the third incident, just 24 hours earlier, 21-year-old Muhammad Ahmad Alawneh was shot and killed by IDF soldiers in the West Bank village of Burkin near Jenin. The IDF and Border Police claimed firebombs were hurled at them, though there are no reports that Alauna threw one. In some reports, he threw a stone. 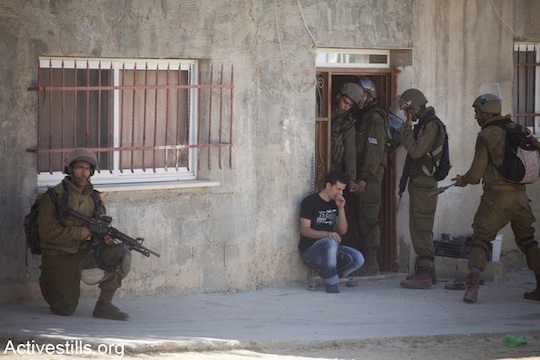 Three unarmed Palestinians killed in one week is alarming. If it were three Israelis, the news of the “escalation” or “wave of violence” would surely be much more widespread in both local and international media. But it is not only the frequency of these events; it is the fact that they are accepted as routine — and legitimate — operations in Israel.

Israeli soldiers force their way into a home in the dead of night, fully armed, masked and protected. They don’t need a warrant, and the suspects don’t have any rights. Israeli army claims that soldiers’ lives were at risk is what justifies the killing of unarmed Palestinians. Sound familiar? That is because it has happened over and over again for nearly 50 years.

The very nature of the relationship between occupier and occupied, between the soldier and the enemy, to which Israelis have become so accustomed and desensitized, somehow makes the killing of three Palestinians into a non-event that mainstream Israeli journalists don’t bother to question.