The municipality’s security department sends instructions to kindergartens in the city ordering that foreigners and ‘minorities,’ a euphemism for Arabs, not be allowed onto their grounds. Anti-racism group demands the city retract the orders. 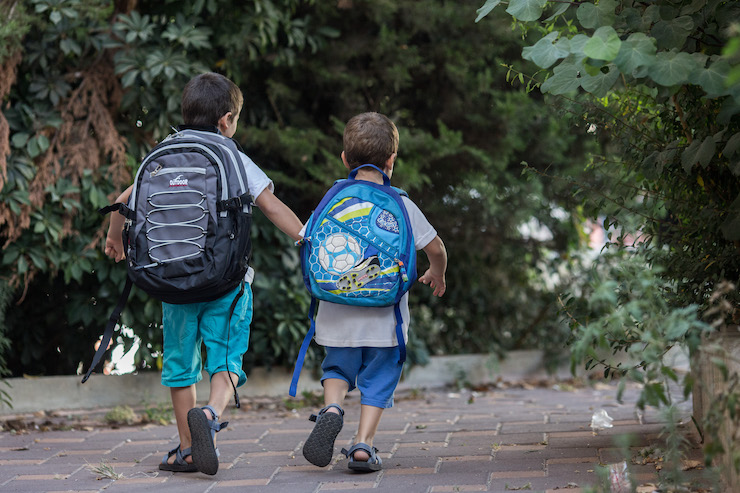 Illustrative photo of Israeli children preparing for the first day of kindergarten in Jerusalem. (Yonatan Sindel/Flash90)

Public kindergartens in Jerusalem were ordered by the city’s Emergency and Security Division not to allow “foreigners” and “minorities” into educational facilities in a document laying out security instructions distributed to kindergartens recently.

Under a section titled “Entry of Visitors,” the document reads: “Do not allow the entry of foreigners into the kindergarten grounds — as a rule entry is not permitted for minorities, in any such case you must notify the area security officer.”

Minorities is a semi-official and universally understood euphemism for Arabs in its Hebrew usage in Israel.

The Racism Crisis Center, a project of the Coalition Against Racism and the Israel Religious Action Center of the Reform Movement, sent a letter to the Jerusalem Municipality last week arguing that the instructions were illegal and demanding that they be changed.

According to Hebrew-language newspaper Ma’ariv, which first reported the story, the Jerusalem Municipality responded that “security protocols for educational institutions are determined by the Israel Police and the Education Ministry.” 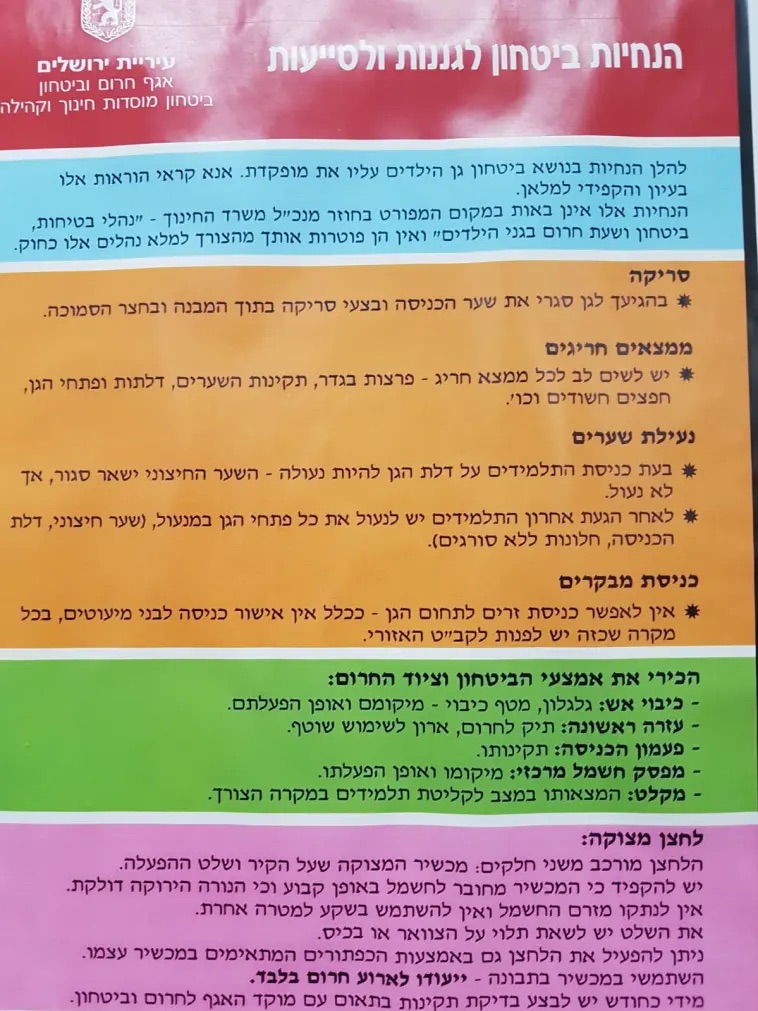 The security instructions sent out by the Jerusalem Municipality to kindergartens in the city.

The municipality told Ma’ariv that it would fix the wording of the document. Its response did not indicate whether changing the wording would alter the instructions regarding discrimination based on nationality or ethnicity.

“Minorities, even if they are citizens and residents of the state, are [considered] dangerous foreigners by default,” wrote member of Knesset Aida Touma-Sliman of the Jewish-Arab Hadash party.

“The municipality said it would correct the instructions — but what else should we expect if the racist [Bezalel] Smotrich heads the Education Ministry?” Touma-Sliman wrote on Twitter.

Smotrich, an openly homophobic member of Knesset who has in the past advocated segregation, and whose parliamentary slate includes former followers of the outlawed terrorist group once led by Meir Kahane, has said that he will demand the education portfolio in the next government.

Last year, Israel passed a constitutional measure that gives precedence to Jewish national rights in Israel without guaranteeing full equality for all non-Jewish citizens. It is believed that the legislation will be used in order to justify and uphold inherently racist and discriminatory policies and laws should they be challenged in the country’s Supreme Court.

In addition to the state-sanctioned racism and discrimination inside Israel, in the Israeli-occupied Palestinian territories, there is an entirely different set of laws for Jewish Israelis and Palestinian non-citizen subjects. Those sets of laws and legal systems come with wildly different sets of rights, leading to increasingly common charges of an apartheid system. 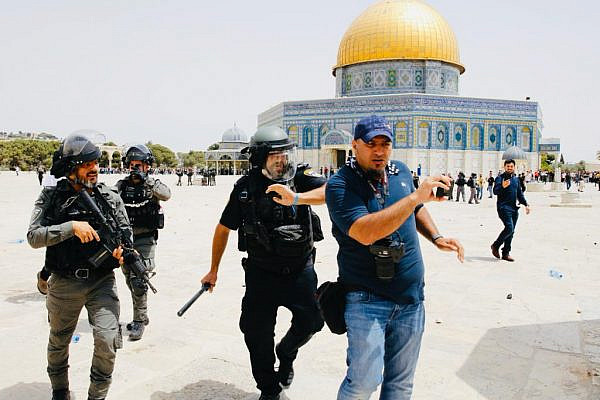