Then, MK Ahmad Tibi tore a photograph of Ben-Ari’s mentor, the late and racist Rabbi Meir Kahane, over the Knesset podium. (Watch here)

And now, another disciple of Kahane, Baruch Marzel, posted the photo below of Tibi as a pig. Ben-Ari posted it on his Facebook wall, and has about 200 “likes” at this time. 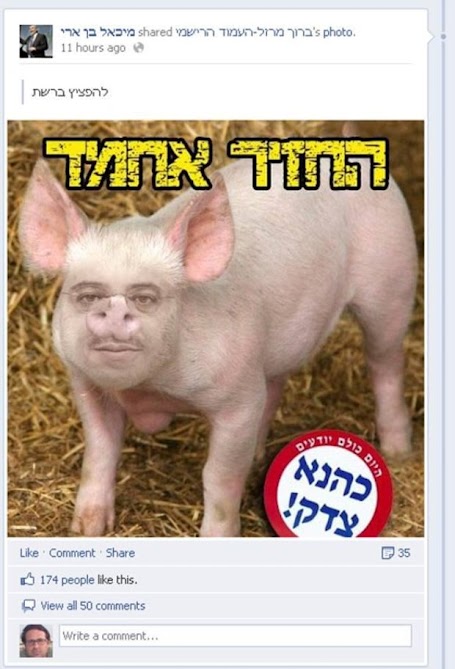