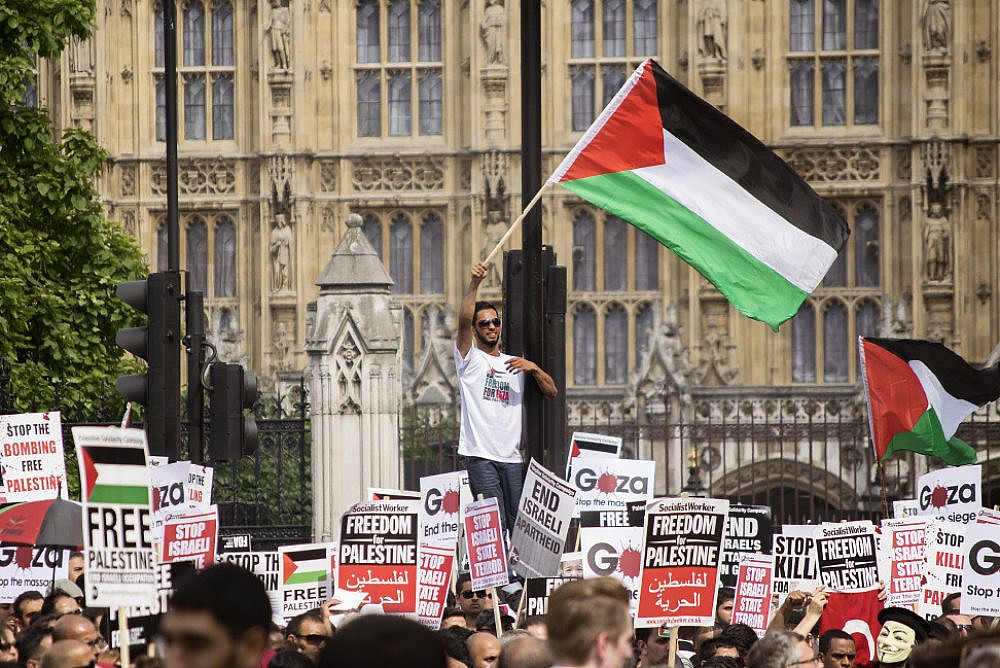 In a report published on Oct. 29, Britain’s official rights watchdog delivered what many described as a “damning” judgment on the Labour Party’s handling of antisemitism in its ranks. The report’s release was the latest development in a saga that plagued Labour throughout the five-year leadership tenure of Jeremy Corbyn, a veteran anti-racist campaigner and staunch supporter of Palestinian rights.

The report, the culmination of a 17-month-long investigation by the Equality and Human Rights Commission, concluded that there was a “culture in the Party which, at best, did not do enough to prevent antisemitism and, at worst, could be seen to accept it.”

The EHRC found the party responsible for “unlawful acts of harassment and discrimination” against Jewish members and laid the blame right at the top, citing “serious failures in leadership” which the Commission found “hard to reconcile with [the Party’s] stated commitment to a zero-tolerance approach to antisemitism.” Nonetheless, the report did not hold Corbyn, who was widely vilified for four years as an antisemite, personally responsible for the “unlawful acts.”

This severe judgment was widely anticipated. The party, under its new leader Keir Starmer, received the draft report in August; upon its publication, Starmer announced that the party “accepts this report in full… without qualification” and that all its recommendations would be implemented.

Starmer had already spelled out this position months earlier to establishment Jewish organizations and the party’s Jewish affiliate, the Jewish Labour Movement. He therefore likely felt confident that this would draw a line under the affair, and that he could proceed with his aim of uniting the party and bringing it back to the center ground of social democratic politics. 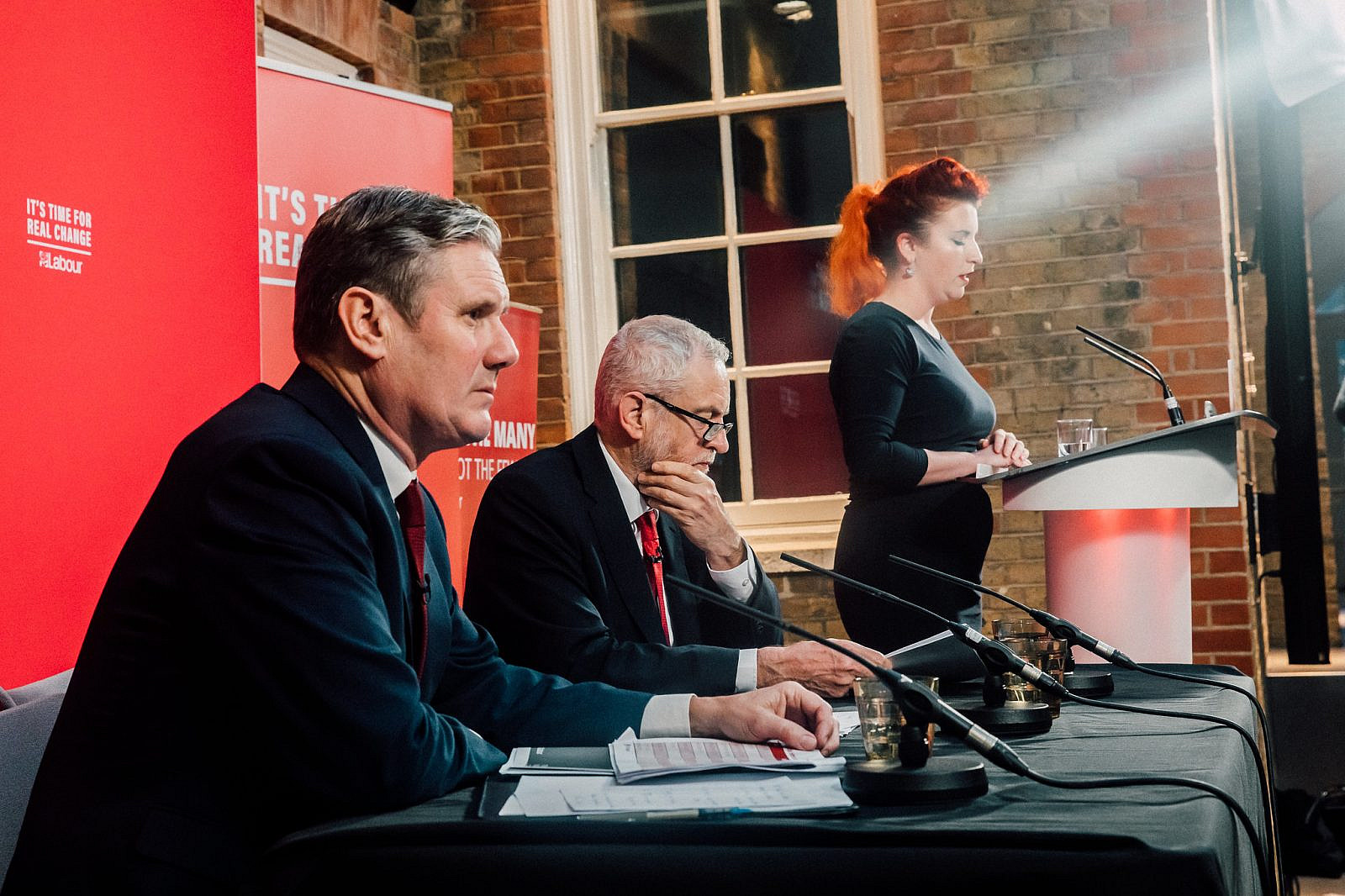 However, Starmer had barely finished his speech when Corbyn issued a statement on Facebook in which he condemned antisemitism but rejected the report’s overall conclusions, writing that “the scale of the problem was dramatically overstated for political reasons by our opponents inside and outside the party, as well as by much of the media.”

For a week, the EHRC report itself was overshadowed by the simmering anger and disquiet of Corbyn’s supporters as well as the undisguised glee of his detractors — until, on Nov. 15, the party reinstated Corbyn as a member. Starmer’s camp responded with shock, and the following day, the party leader suspended Corbyn from sitting in the House of Commons as a Labour MP. Open warfare between the party’s opposing factions looked unavoidable, egged on by the blanket, critical coverage of the mainstream media.

Lost amid this fast-moving saga, however, was a critical appraisal of the EHRC’s findings.

Repetitive, bureaucratic, and overly fixated on process and procedure, the report places enormous weight on the only two instances of actionable unlawful behavior by the party, and is more significant for what it does not, rather than does say. Notably, the report does not conclude that the party is institutionally antisemitic, even as those who welcomed the findings drew that conclusion.

More problematic is the EHRC’s failure to define its understanding of antisemitism on which the report’s judgments are based — even as it criticizes Labour for having a rule book that “does not provide any guidance on the meaning of antisemitism.”

For example, the report stresses that there is no protection for “antisemitic criticism” of Israel, but fails to define what that, or “legitimate criticism,” consists of.

Moreover, the EHRC admits that it “may have [had] regard to” the non-legally binding, though hugely controversial, IHRA working definition of antisemitism. But why be so coy about it when the party itself, after intensive internal wrangling, adopted the definition in full? 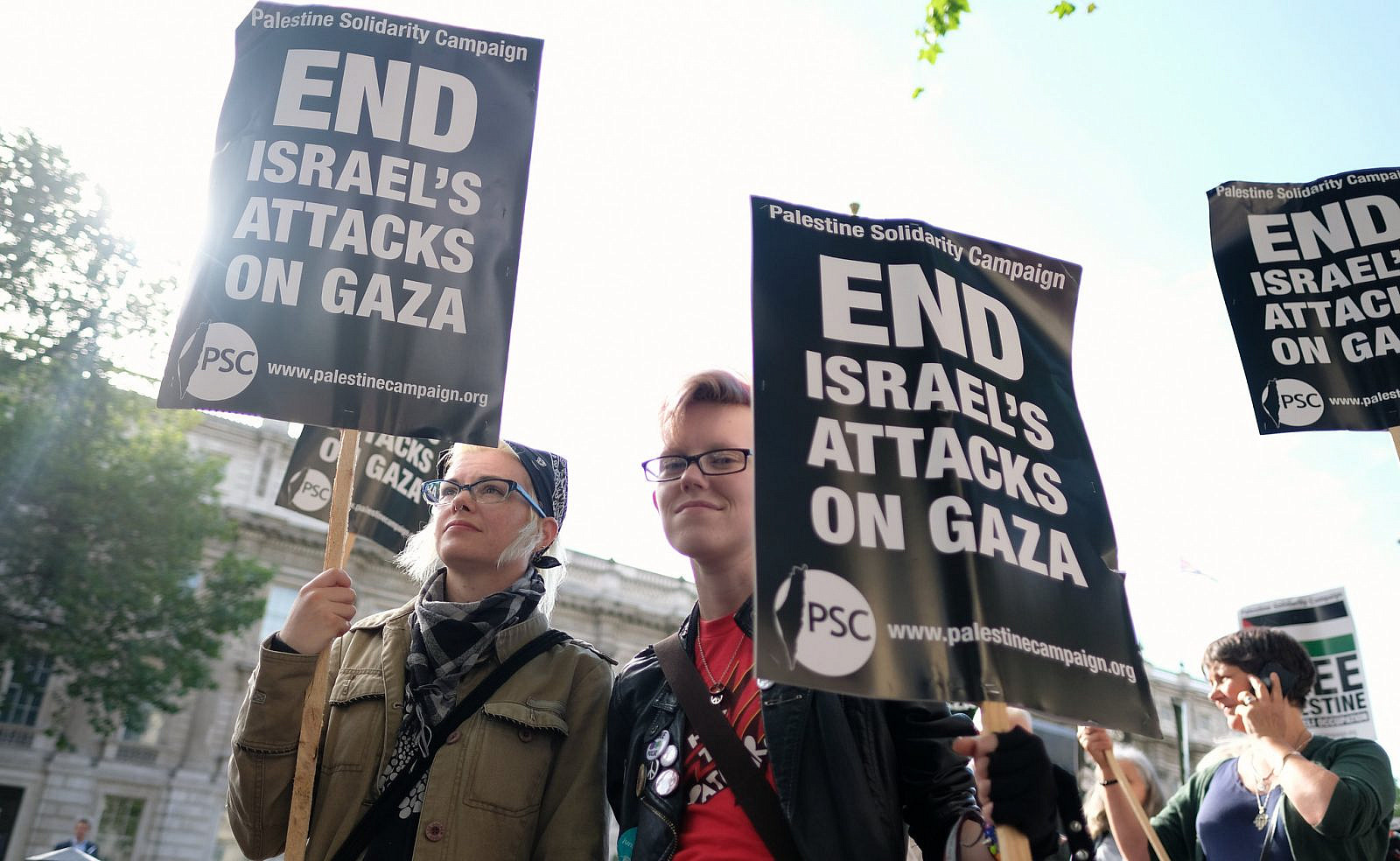 Rally by the Palestine Solidarity Campaign outside Downing Street to protest the blockade of Gaza and demanding an end to direct British support for Israel’s oppression of Palestinians, July 8, 2016. (Alisdare Hickson/Flickr)

There is clear evidence of Labour members trading in classic antisemitic tropes relating to bankers, Holocaust denial, blood libel, and others. Yet it is the suppression of open discourse around Israel-Palestine — whether it is a Palestinian narrating the simple truth of their own family’s experience of ethnic cleansing, accusations that Israel is an apartheid state, BDS advocacy, arguments that Zionism is a form of racism, and so on — that fans the flames of the antisemitism story. The report completely fails to acknowledge this.

Some observers are arguing that the value of the EHRC report lies in its highlighting of the need to fight endemic racism in the Labour Party. Indeed, the report has brought to the surface the persistence of emblematic anti-Jewish racism that has resulted in contraventions of the very anti-discrimination law on which the party has led.

Labour certainly has work to do to improve its handling of allegations of racism. Some of us, aware of the Party’s dysfunction, have been saying this for several years.

But the huge resources that the EHRC is demanding Labour expend on confronting the antisemitism problem, and the insistence on getting a clear definition of antisemitism into the rule book — which is almost certain to be the IHRA definition — is bound to further marginalize efforts to tackle other forms of racism and prejudice in the party. And since chilling free speech on the harsh truths of the Palestinian story is one of the main consequences of the “working definition,” can it be anyone else but the Palestinians who will suffer most from this?

In September, a group of British Palestinians sought to publish an open letter to the Labour Party in one of the party’s periodicals. The letter expressed the authors’ concern that the IHRA working definition poses a “severe threat” to the “space to publicly bring the facts of the Palestinian people’s history and ongoing dispossession into the public domain.” Not one Labour organ was ready to publish it, according to a senior Palestinian source who wished to remain anonymous.

Moreover, Labour’s new General Secretary David Evans wrote to local Labour Parties proscribing any debate or discussion about the definition, even as his letter asserted that “[r]espect for Palestinian rights is not incompatible with the struggle against racism and antisemitism; in fact, it is integral to that struggle.” Palestinian party members and supporters have also sought a meeting with Starmer ever since he became leader; so far, without success, according to the source.

Meanwhile, following Starmer’s decision to suspend Corbyn as a Labour MP, the party has once again been plunged into crisis and is on the verge of full-blown factional war.

In this febrile atmosphere, it is hard to see how implementation of the EHRC report will not contribute, even inadvertently, to toxifying solidarity with Palestinians and legitimizing Jewish exceptionalism. This would be a strange way of having a positive effect on the future of anti-racist politics in the UK.

Antony Lerman is a senior visiting fellow at the Bruno Kreisky Forum for International Dialogue Vienna, and the former Director of the Institute for Jewish Policy Research (JPR) in London. He is the author of “The Making and Unmaking of a Zionist: A Personal and Political Journey” (Pluto Books 2012).