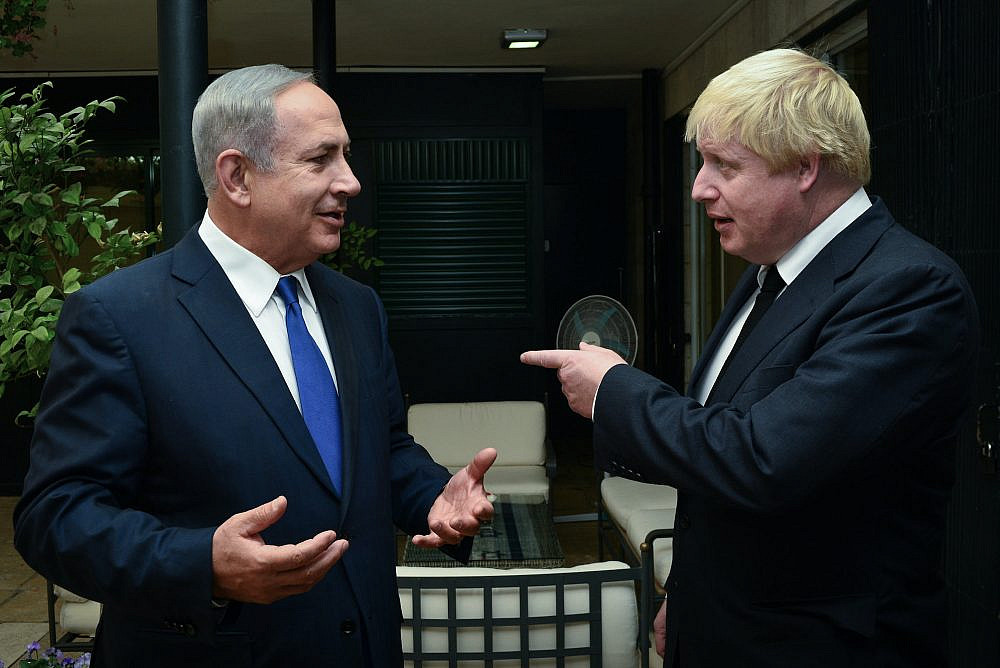 The results of the 2019 elections in Britain shocked many people, both in the country and around the world. Although a Conservative majority was widely expected, many thought that another hung parliament, with no party winning an absolute majority, was also plausible. Very few polls predicted the voters’ massive swing to the right, granting 365 seats to Boris Johnson’s Conservatives (“Tories”), 203 seats to Jeremy Corbyn’s Labour, and demolishing the Liberal Democrats down to 11 seats.

The results are a warning sign to international observers. Johnson’s election campaign was unapologetically illiberal: apart from the three-word slogan “Get Brexit Done,” the party’s outreach hinged on op-eds and policy proposals that were distinctly xenophobic, Islamophobic, anti-migrant, and populist. They echoed the policies and discourses of Donald Trump in the United States, Narendra Modi in India, and of course, Benjamin Netanyahu in Israel.

It is not surprising, then, that Netanyahu was one of the first foreign leaders to congratulate Johnson for his success. With Israel’s third election in a year approaching in March 2020, his team was undoubtedly watching Johnson’s campaign closely.

The British Jewish community — relatively small in size, with less than 400,000 people — played an exceptionally large role in this election. For years, Corbyn and the Labour Party have faced heavy criticism over scandals relating to allegations of anti-Semitism, which concerned many British Jews, including those on the political left.

Undoubtedly, any incidents of anti-Semitism which go unnoticed or undiscussed should be cause for alarm. At the same time, the overwhelming obsession with anti-Semitism on the left has made little sense when viewing the British political landscape as a whole.

Racism and hate crimes against minority and immigrant communities in Britain have been increasing since the vote for Brexit in 2016, and with it, anti-Jewish sentiment has risen too. However, it was the latter which garnered the most controversy in this election, backed in great part by a skewed media discourse that openly targeted the Labour party.

It was clear from the outset that the mainstream British media was never in support of Corbyn’s project, and in fact had begun singing its eulogies before it even hit the ground. This is why left-wing news sources such as Novara media thrived during this period. Mainstream outlets, including the liberal-leaning Guardian, failed to provide an accurate narrative to a unique political moment. Even more surprising was how much the anti-Corbyn coverage was accepted so uncritically abroad — in progressive circles as well. 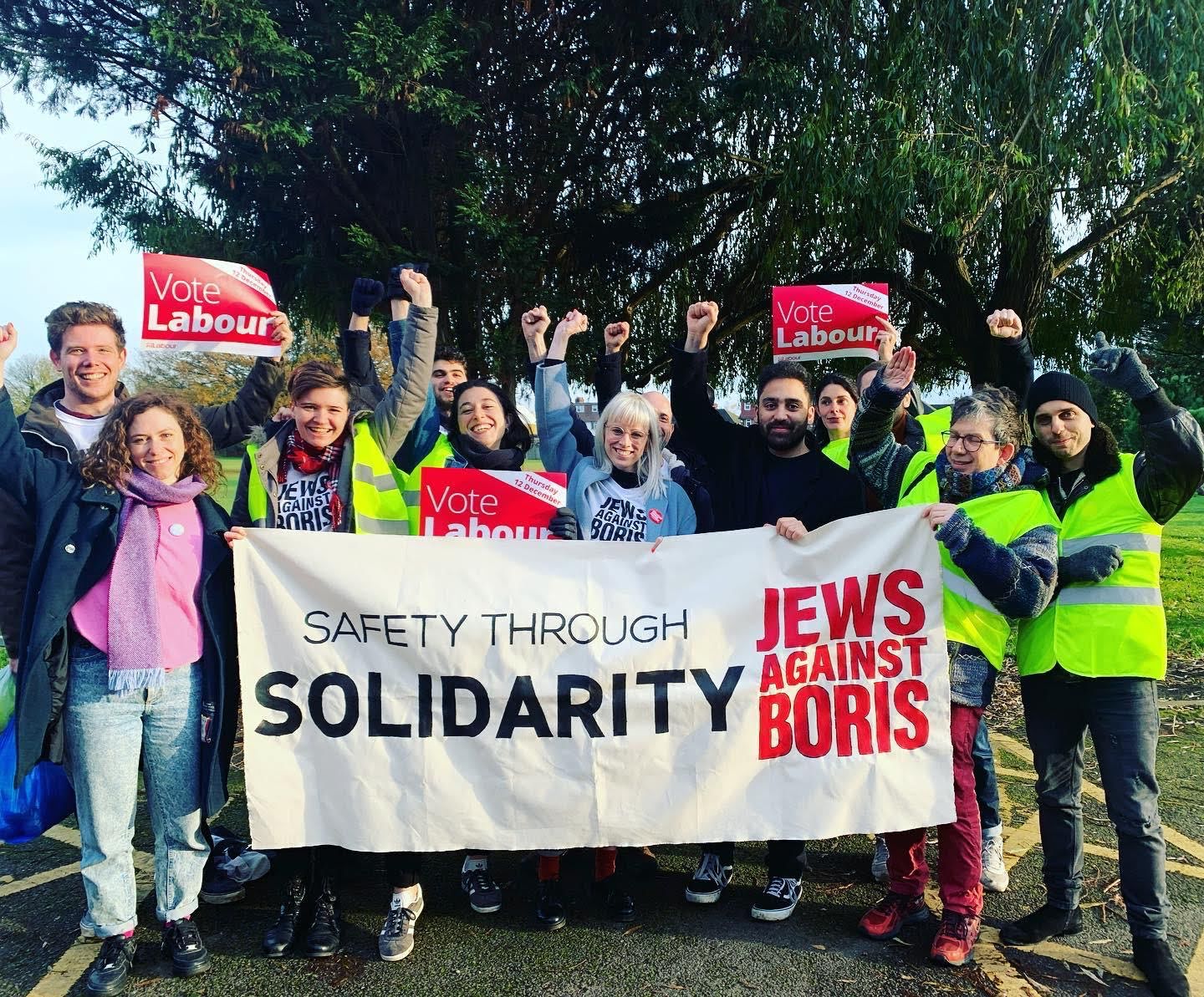 Despite this aggressive climate, there was something unique about the way the 2019 election unfolded on the ground. From the moment the “Christmas election” was announced, many volunteers had feared that their local campaigning would be burdened in great part by the shorter and darker winter days, along with the cold weather and quintessential British rain.

Yet the support for Labour in the streets was huge, with countless voters campaigning every evening and weekend for Corbyn’s social-democratic agenda and progressive manifesto. Many young people, some of whom were engaging in politics for the first time, dedicated their time to travel to contested marginal seats, volunteer in their local Labour Party branch, and spend hours online persuading undecided voters.

Those of us who watched the campaign unfold could not help but contrast these extraordinary sights opposite Boris Johnson’s big business and media-boosted campaign. This included startling moments, such as when one reporter accidentally said on BBC “if Johnson gets the majority he so deserves,” and when Laura Kuenssberg, BBC’s chief political correspondent, breached electoral law by discussing postal votes before the electoral results were accounted.

As a result, the significance of the mass grassroots movement for Labour and Corbyn did not get the full attention it deserves. For me personally, as someone who grew up in the pro-Palestinian left in Israel and currently writes on radical Jewish history, it was an inspiring experience to campaign for the Labour Party. It was truly an awakening for many young people who committed themselves to a socialist agenda and dedicated their days and nights to the election. It was a reminder that the people in the British grassroots were the ones who created the mass Labour movement, who fought fascists in the Battle of Cable Street (with a large Jewish contingency), and who gave many lessons in international solidarity.

Moreover, the demonization of the Labour Party has glossed over — and ironically, helped contribute to — the creation of a new, small yet vivid Jewish left in Britain. This community recognizes the rise of anti-Semitism, but is equally determined to fight racism and fascism in all forms, and to not give its voice to the overt Islamophobia and xenophobia of the Tories.

A new collective called “Jews against Boris,” for example, organized and canvassed in marginal regions where Tory candidates were close to losing their seats. Other Jews also found ways to lend their support in other parts of the country.

This new Jewish left is connecting to other struggles around the world, including the fight against anti-democratic and racist movements led by the likes of Trump, Netanyahu, and others that resonate with Johnson’s campaign in Britain. This new left is angry and organized, and understands that racism cannot be tolerated — whether it is in India or Palestine, the U.S. or Britain. And so, we will mourn for a moment — but we are ready for the next fight.

Dana Mills is a writer, activist, and dancer. Her first book Dance and Politics: Moving Behind Boundaries was published in 2016, and in 2020 will be publishing a biography and critical study of Rosa Luxemburg, and another book on dance and activism.
Since you’re here…