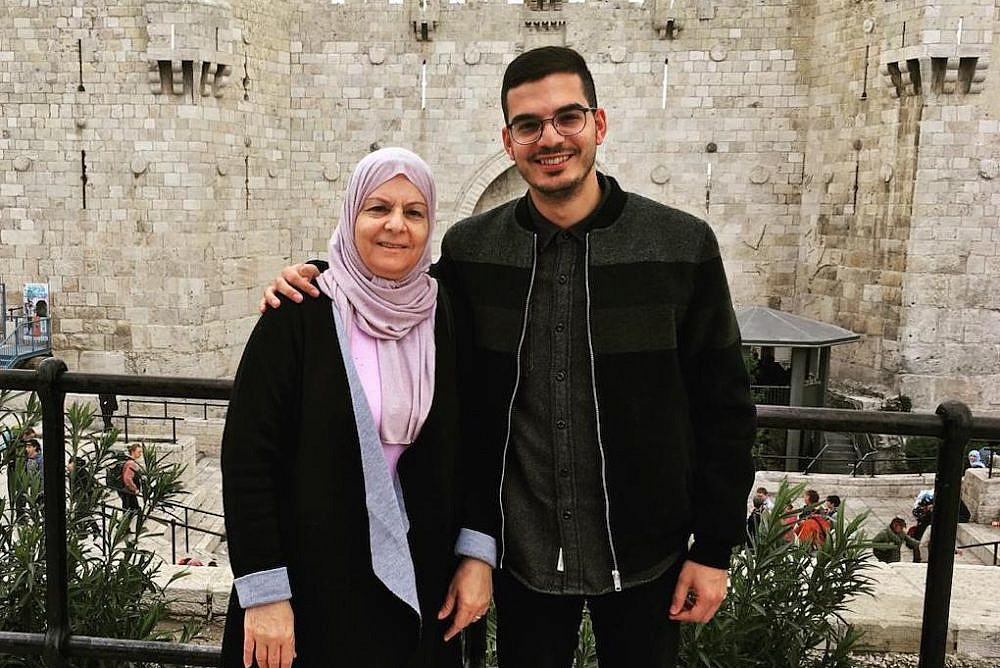 Laith Abu Zeyad and his mother, Zubayda Khatib, in Jerusalem on March 11, 2018.

On Sunday of last week, another non-event took place in the Jerusalem District Court. A non-person didn’t attend his non-hearing, in which non-evidence was presented. The result was entirely routine. The court’s deputy president accepted the non-evidence against the non-person, presented by the Shin Bet behind closed doors.

After review, Non-Justice Moshe Sobel approved the draconian restrictions Israel has imposed for months on Laith Abu Zeyad, a Palestinian campaigner for Amnesty International. Apparently, the man poses such a threat to the security of “the area” that the only solution is to forbid him from leaving the West Bank altogether.

The mise-en-scène consisted of cheap props: the courtrooms of the District Court, the judge, the prosecutor, the Kafkaesque rules according to which the non-hearing proceeded. The only real elements of this “justice system” were the Shin Bet (the true arbiter of power that determines the fate of the subject at hand), the closed-door hearing, and the fact that Abu Zeyad was not even there, as Israel did not grant him a permit to enter East Jerusalem.

Abu Zeyad is a non-entity, insignificant to his jailers. He is a man whose entire fate, like that of all Palestinian subjects, lies completely in Israeli hands. A man who can be absent from his own hearing because it doesn’t matter who he is, or what he has to say, or what form the current round of humiliation may take. Who cares about you, Laith Abu Zeyad, a Palestinian non-citizen from the West Bank town of al-Eizariya?

And who even cares about al-Eizariya, anyway? More than 10 years ago, Israel decided to build a wall on the main artery connecting East Jerusalem to the rest of the West Bank. And so, this once lively suburb of Jerusalem is now stuck at the end of a road that takes miles to reach Jerusalem. Palestinians who wish to actually enter the city need a permit from the prison warden known as the State of Israel. The separation wall certainly helped the people of al-Eizariya understand their role in “the area” — that “Nowherestan” in which unseen subjects go about their non-lives.

Or about their death. In December, when Abu Zeyad’s mother lay dying of cancer in a hospital in East Jerusalem, Israel forbade her son from visiting her. She died without him by her side. How on earth can such a wound ever heal?

How much callousness, conceit, and cruelty does it take to run such a system of control? A system ideologically powered by the notion that some people are deemed above others. A system based on supremacy and dehumanization that doesn’t skip a beat even when separating a son from his dying mother. 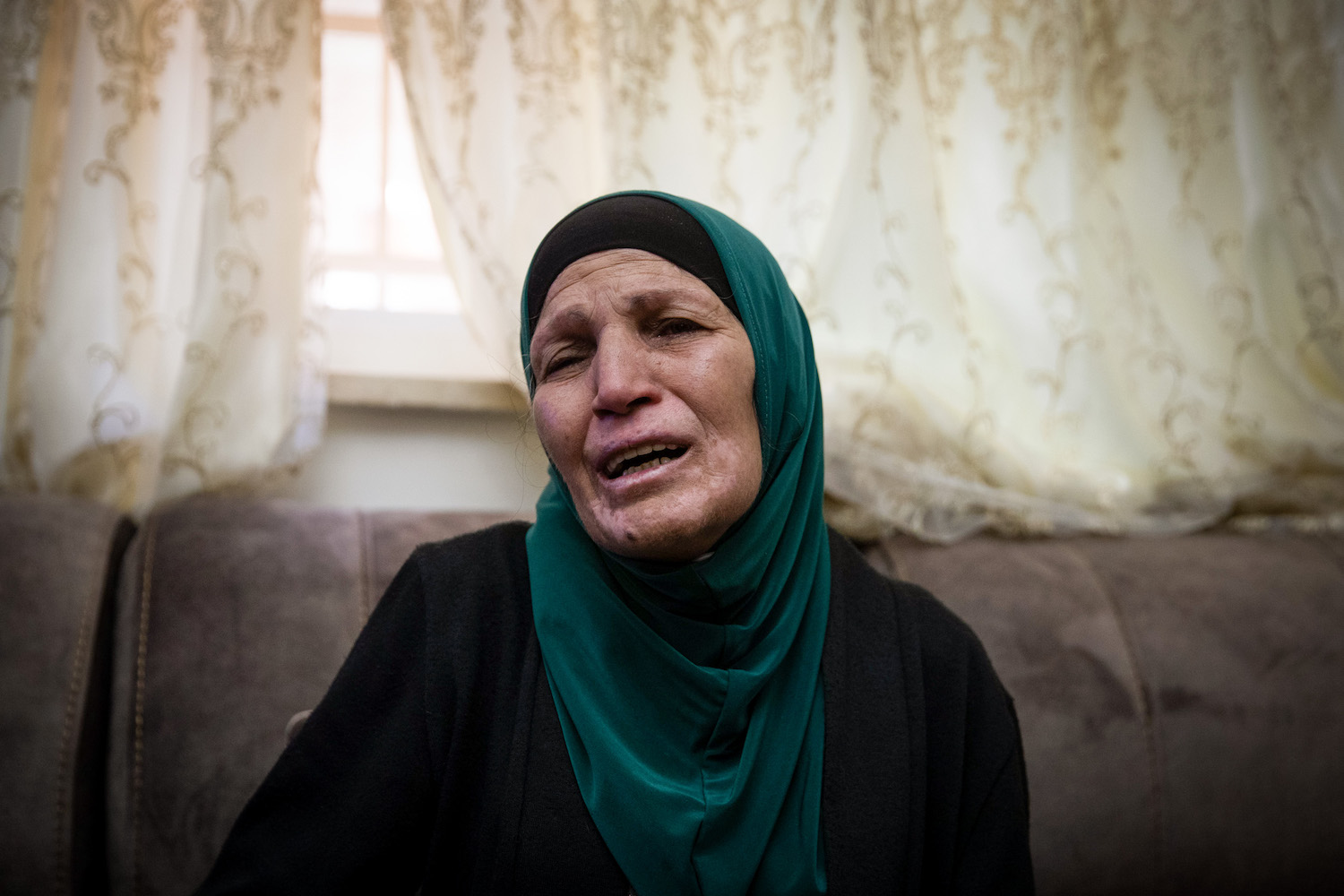 The mother of a Iyad al-Hallaq, who was shot dead by police in the Old City of Jerusalem, speaks with the media at her family home in the East Jerusalem neighborhood of Wadi Joz, May 30, 2020. (Yonatan Sindel/Flash90)

There is no power in the world stronger than a son’s love for his mother, or a mother’s love for her children. I do not know at what point in the coverage of George Floyd’s killing one stops holding back tears. For me, it was upon reading that Floyd had called out for his mother as he begged for his life. And how long did it take the tears to come after reading the news that Iyad al-Hallaq, a Palestinian man with autism, had been killed by an Israeli Border Police officer in Jerusalem? For me, it was when his mother cried in an interview, why, why, why did they take him from her.

With or without tears, it should be self-evident to all that a mother’s love can never be taken away. Those who trample upon this basic tenet of humanity — whether by shooting as the whole world watches or by speaking behind closed doors — cannot take away the dignity or love of those they oppress and kill. Defending humanity requires a fight, in tears and in rage, until every system of oppression and humiliation, of killing and whitewashing, of supremacy and exploitation, is taken down by people. The same people who love their mothers.