What could have been an inspiring display of purposeful collective action turned out to be the opposite.

The Land Day commemoration at Qalandia checkpoint between Ramallah and Jerusalem was indicative of the state of the Palestinian cause, as supporters of different factions turned on each other in a ferocious rumble and the people were left protesting aimlessly.

The annual demonstration, which takes place in different locations across the country, had a robust turnout at Qalandia but the lack of strong leadership and direction was noticeable.

After the quarrel between supporters of Fatah, PFLP and Al-Mubadara (the Palestinian Initiative Party of Mustafa Barghouti) finished, the large crowd could not find a coherent way forward. Israeli soldiers blocking the road to the checkpoint fired teargas, rubber bullets and skunk spray in large quantities. Dozens were injured and rushed away in ambulances throughout the day. Youth from the adjacent refugee camp, from which Qalandia gets its name, began throwing stones and those wishing to march peacefully were caught in the middle.

The Qalandia demonstration was symptomatic of much larger issues with Palestinian attempts to mobilize against the occupation. The society is divided sharply along factional lines and there is virtually no leadership as party leaders no longer dirty their hands on the ground—with the exception of Mustafa Barghouti, who was injured during the protest and taken away in an ambulance.

Officials in the Palestinian Authority are not interested in leading their people in mass demonstrations. Thus popular frustration finds no coherent channel of expression and easily devolves when confronted by the Israeli military, which acts aggressively to break up any form of Palestinian protest.

This year’s commemoration had the potential to be a brilliant display of collective action as it linked up with the Global March on Jerusalem. Instead—at least from the vantage point of Qalandia, I heard things were better in other places—it was uninspiring. The Palestinian Authority security forces linked hands to prevent the Palestinian demonstrators from reaching an Israeli checkpoint in Bethlehem, according to Ma’an News, which also has pictures.

Land Day first began in 1976 after six Palestinian citizens of Israel were killed in a large demonstration protesting an Israeli government announcement to expropriate thousands of dunams of land for “security and settlement purposes.” Palestinians throughout the entire country, including the West Bank and Gaza, commemorate the event annually. 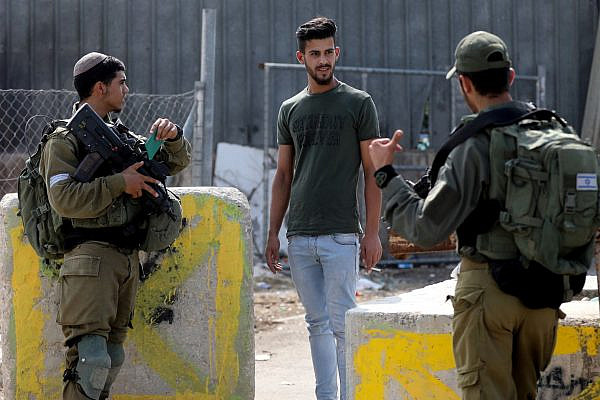 The Palestinian’s ultimate guide to crossing an Israeli checkpoint
So as not to trouble our oppressors, here's a 10-step guide to help Palestinians avoid racial profiling at checkpoints — and perhaps get to places on time.
By George Zeidan August 19, 2020 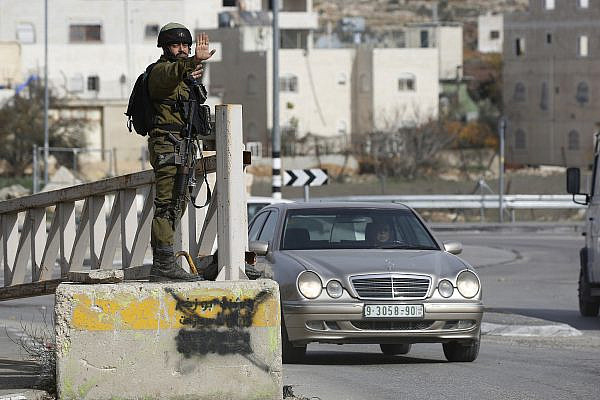