If passed as is, Finance Minister Lapid’s new budget would increase the price of produce by 18 percent. VAT and sales taxes on produce are rare in the Western world because they disproportionately harm the poorest and weakest segments of society, which is exactly what Lapid’s proposal stands to do. 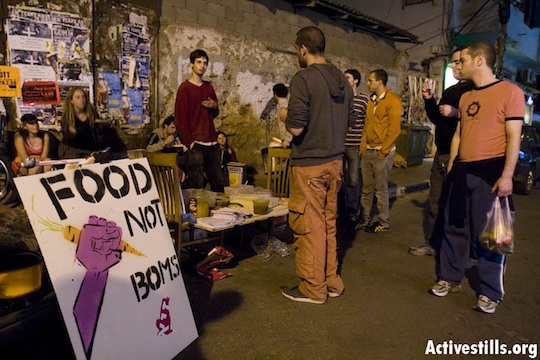 It may seem like small potatoes, but Finance Minister Yair Lapid’s proposal to levy the Value Added Tax (VAT) on fruits and vegetables is one of the most harmful proposals he could make when it comes to the poor, and for public health.

In 2011, 18.7 percent of Israelis did not have food security, according to the National Insurance Institute (Hebrew). In the same year, more than one in three Israeli children (and one quarter of the total population) lived below the poverty line.

Like most U.S. states (California, Texas, New York), the UK and countless other countries, fruits and vegetables are exempt from sales tax or VAT in Israel. The logic? Taxes on food products are a flat tax that disproportionately impact the poor. While taxes on food will not harm a middle- or upper-class consumer, even a small increase in the cost of eating represents a significantly higher percentage of a poor person’s net income.

As Welfare and Social Services Minister Meir Cohen said in no uncertain terms last month, “…applying value added tax to fruits and vegetables mean[s] there will be more applicants for welfare services.” In other words, doing so will make the poor poorer. It also means that static and dropping levels of welfare assistance won’t go as far.

From a public health standpoint, levying VAT on produce could lead to the Americanization of the Israeli diet. An 18-percent increase in the price of healthy foods can drive poor people toward cheaper, processed, engineered, unhealthy and generally more fattening foods.

To be fair to the new finance minister, who once declared, “I don’t understand anything about economics” (Hebrew), his tax hikes and expenditure cuts are not aimed exclusively at the poor. But whoever gave the former television news anchor his crash course in (trickle-down) economics missed one of the most fundamental tenets of governance: it is the state’s responsibility to maintain a safety net for its weakest citizens. Increasing the cost of feeding your family a salad is equivalent to cutting a massive hole in the safety net, making it that much easier for society’s weakest members to fall through.

Related:
An organic intellectual and social justice pioneer: A profile of Shlomo Swirski
Masses demonstrate against austerity measures in Israel