That people are openly questioning whether policy changes by multinational corporations are the result of BDS is itself already a victory. 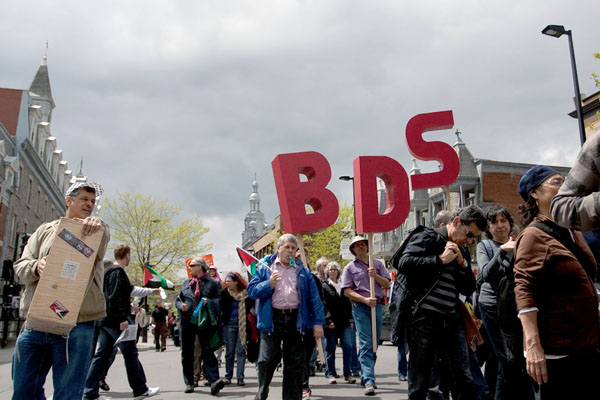 Boycott, divestment and sanctions (BDS) activists have had quite a bit to celebrate in recent months. High profile companies targeted by BDS like SodaStream, Orange, Veolia, and now Ahava and G4S have all moved out of Israeli West Bank settlements or out of the Israeli market altogether.

Of course, none of those companies, with the partial exception of SodaStream and Orange, will admit the changes have anything to do with the Palestinian-led movement trying to build international pressure on Israel to end the occupation and recognize various fundamental Palestinian rights.

And while BDS proponents and opponents will trade barbs arguing whether each case constitutes a victory or a “#BDSFail,” the fact that people are openly questioning whether policy changes by multinational corporations are the result of BDS is itself already a victory.

Ahava’s decision to move a few kilometers south of the Green Line will not save the dying Dead Sea, return Palestine’s plundered resources, or end the occupation. G4S’s decision to pull out of the Israeli state security market will not end Israel’s use of administrative detention or torture in the prisons the company once helped secure.

Veolia’s decision not to renew contracts in the settlements will not stop subsidized Jewish-only bus lines running throughout the West Bank nor will it make it any less convenient to be a settler. And SodaStream’s move into Israel proper did actually harm Palestinian workers, albeit only because the Israel government decided to retaliate against them by refusing to issue work permits.

What will change is that other companies will now think twice before bidding on contracts in Israel and the occupied territories, before trying to sell their products and services in Israel and the settlements, and yet others already here will see withdrawing from the Israeli market as more and more of a legitimate option.

People have often asked me whether BDS is working and my answers are often cynical. “Talk to me when HP and Intel pull out of Israel,” I would respond. But the truth of the matter is that although that day is still impossibly far off, it is the momentum built by smaller victories that make larger steps even imaginable.

The success of the boycott movement thus far, even with concrete victories like SodaStream, Ahava and G4S, has been largely psychological. It has merely suggested to Israelis that there will be a price for continuing the occupation, even if the consequences are nowhere in sight. And Israelis are noticing.

The State of Israel is investing over NIS 100 million a year in hasbara and fighting BDS. Damaging diplomatic fights are being picked over inconsequential terms of existing trade agreements (EU settlement product labels). Local government bodies are hiring public relations firms to fight back on behalf of foreign corporations — like Airbnb — under attack for doing business in the settlements. The country’s top-selling newspaper is even trying to monetize the national mobilization against the boycott movement with a BDS-themed conference.

But that suggestion, that there might be consequences for perpetuating the occupation indefinitely, is not in any way a sure-fire harbinger of change. It does not guarantee that Israelis will wake up one day, find themselves isolated from the world, understand why, and decide to end the occupation.

For that to happen, both societies will need to be graced with a leadership which understands that Israelis and Palestinians have no choice but to live here together — as equals. Jewish Israelis will need to face the fact that abdicating their Jewish privilege is the only way to create real equality. And Palestinians will need to accept that regardless of how they got here 70 years ago, the vast majority of Israelis have nowhere else to go.

The boycott is not a solution — it is a tactic. It is also not above criticism; the BDS movement could do far better about distinguishing between legitimate and illegitimate acts of boycott, of actively condemning and distancing itself from seemingly inevitable instances of anti-Semitism, and acknowledging the inherent shortcomings of a rights-based discourse in such an emotionally charged and multi-dimensional conflict.

Yet as long as there is no political or diplomatic horizon, as long as the power dynamic allows Israel to dictate the terms of any negotiations, as long as the occupation seems hopelessly unending, BDS is one of the most powerful non-violent tools available for Palestinians to fight for their fundamental rights, and for enlisting allies around the world to fight alongside them.