The debate over the state of Israeli democracy (or the rise of fascism) is code designed for lefty Zionists. Others don’t get it, and it may even do more harm than good. Some thoughts following Haaretz’s interview with Prof. Ze’ev Sternhell. 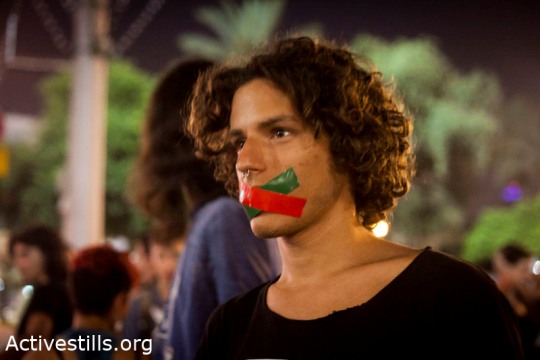 There has been growing discussion over the last few weeks regarding the risk of fascism in Israel and the dangers to Israeli democracy, most recently in an extensive interview by Prof. Ze’ev Sternhell in Haaretz. I hold Sternhell in high regard, and his book, The Birth of Fascist Ideology, is among the few required readings in my undergraduate degree I actually remember in some detail. But while this terminology may be of use to foreign observers trying to make sense of what is happening in Israel against the backdrop of their own historic experience, I have serious issues with the incessant talk about “fascism” and “democracy” in the current Israeli moment.

In fact, I think we should stop using the word “fascism” altogether. I know that the warnings about fascists and fascism sound very grave, but my feeling is that the word does not mean that much to anyone here. At best, it’s a sonorous warning against something general and obscure; more commonly, it’s simply isn’t scary enough.

It’s also a lousy base for political organization. Israel does not have a tradition of anti-fascism, like Greece or Germany. Maybe some of the Russian-speaking Israelis have anti-fascist consciousness, but if they do, it doesn’t seem the recent cries impress them overmuch. I just think that outside a very small circle, “fascism” is simply a code word used by one political camp. When it cries “fascism,” the Left just wants to say “help, I’m getting beaten up.” This is a legitimate statement, but there is no need to hide it behind generic terminology cribbed from an introductory political science class.

On a personal level, whenever I hear the word “fascism,” I see the European middle class – a kind of conservative bourgeoisie that goes berserk. This is why using this term to dub Israeli followers of Rabbi Meir Kahane – religious, messianic, hardly middle class – seems contrived. If anyone in Israel here reminds me of actual fascism it is the new political aristocracy with their European posturing and their nationalism: Gideon Sa’ar, Yair Lapid, Gilad Erdan.

There are many words that have a tighter link to Israeli political culture and to the Israeli experience which we should be using when we want to communicate political messages, even negative ones. For instance, Kahanism – a genuine political current in Israel; anyone over the age of 40 can recall the debates surrounding the movement, as well as the mass protests it provoked and violence that accompanied it. Of course we should be speaking about discrimination, violence, racism. But the interesting thing about these concepts is that they cannot be reduced to an attack exclusively against the political Right; they carry a broader political and social significance than that. (Perhaps this is precisely why people prefer to shout “fascists,” as it suggests that the target is right wing.)

Our liberal use of the word “democracy” has also devalued that concept. I used to write quite a lot about democracy and the threats to it. Now I try not to use the word unless I have to. Democracy is a very abstract word. Like “fascism,” it is little more than a code word for a specific political tribe and its allies abroad, and meaningless for everybody else. The result then is that we shout about “democracy,” and most people don’t understand what we want from them. (The lie about “Jewish & democratic” merits a separate discussion.)

The word “democracy” is problematic in yet another way. The call to “defend democracy” assumes there is something to defend, and that this something is in danger. This observation is entirely unique to the Zionist Left. The Palestinians in the occupied territories can hardly be expected to feel that there is a democracy worth defending here. Palestinians citizens might have their doubts too. (As MK Ahmed Tibi memorably put it: “Israel is Jewish and democratic. Democratic for the Jews and Jewish for everyone else.”)

On the Right, among the settlers or the veterans of the Revisionist movement, the situation actually feels more democratic than at any other point in Israeli history, during which they were the ones being suppressed, excluded and marginalized. In the 1950’s my grandmother could not work in education because everyone knew she used to be in the Irgun (a pre-state right-wing Zionist militia). For people like her, Israel became a lot more democratic over the past few decades.

To make a long story short, the Right feels Israel is more democratic, the Palestinians never felt it was democratic and the only ones crying about democracy going to the dogs is the Zionist Left. And it is doing it not because of its universalism, but because for once, it is the Zionist Left that’s on the run. This is obviously something to worry about, and I’m as concerned about this assault as anyone else, but let’s not claim to speak in the name of “democracy.” Let’s talk about persecution, about silencing and censorship, about nationalism, about community, about mutual responsibility, about “thou shalt not do unto others,” about rivalry or even about civil war.

I think the truly irritating thing about these two words is that they often hide a private or a collective interest behind something ostensibly universal and global. What’s more, the string of incidents held up as proof for the advancing-or-already-established “fascism” is light years from that grand and terrible word: a fired teacher, a suspended broadcaster, and so on. (Professor Sternhell is actually the only leftist voice in nearly two decades to be the victim of an assassination attempt, so as previously stated, I have no bone to pick with him.)

Each one of those incidents is ugly, and one can speak of a general phenomenon. But if you want to talk fascism, why talk about these unpleasant but relatively mild incidents, and not, say, October 2000, when police gunned down Palestinian citizens of Israel during demonstrations. Or why not discuss 17 Palestinian protesters that the IDF killed in the West Bank this past month alone? And how can we even begin to speak of democracy in a state where a huge chunk – nearly half – of the population under its effective sovereignty is administered by military rule? Why are we only waking up now?

At the end of the day, I think the two terms, fascism and democracy, are intended only for a tiny part of the Left. They are part of an internal language of mutual encouragement and reinforcement. This is an important survival tool for a persecuted minority, but on a larger scale they won’t do any good – and might actually make things worse.

You can watch me debate Prof. Sternhell  and Prof. Tamar Herman on those issues on Channel 10 here [Hebrew], our part starts at min 23:00. This post was originally published in Hebrew on Local Call; I thank Dimi Reider for translating it.

Related
The night it became dangerous to demonstrate in Tel Aviv
On the Adam Verete affair and anti-democratic trends: Three notes
Who gets to vote in Israel’s democracy? 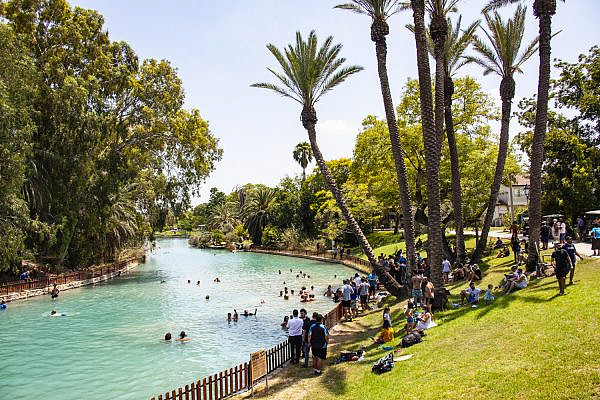