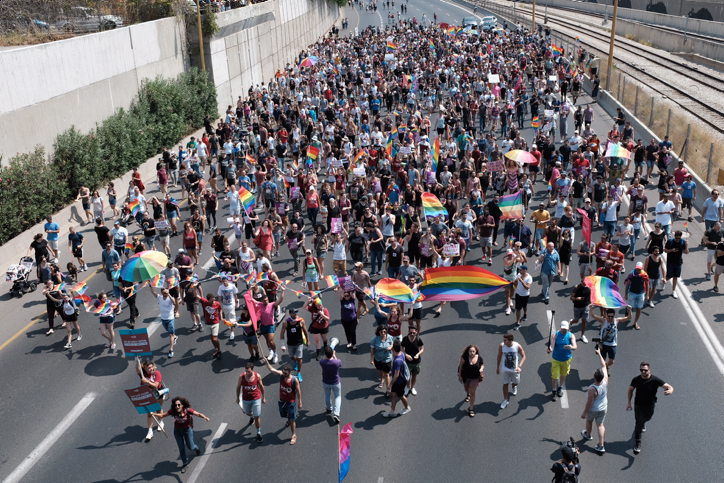 The Israeli LGBTQ community staged a nationwide strike on Sunday to protest discrimination and inequality, sparked by a new law to ease surrogacy regulations that left male gay couples without the ability to use a surrogate to have a child.

An estimated tens of thousands of members of the community joined the one-day strike to protest the law, tying the action to the broader discrimination many members of the LGBTQ community face.

More than 50 companies and businesses expressed their support for the strike and the protests, among them the local offices of Facebook, IBM, and Microsoft. Some companies said they would enact policies to help their workers become parents via a surrogate, regardless of sexual orientation.

Thousands blocked traffic on the streets of Tel Aviv Sunday morning before shutting down one of the country’s busiest freeways. Hundreds more protested in Jerusalem, where several people were arrested.

On Sunday night, an estimated 80,000 LGBTQ Israelis and allies filled Tel Aviv’s Rabin Square at a mass protest which capped off the day’s demonstrations and actions. 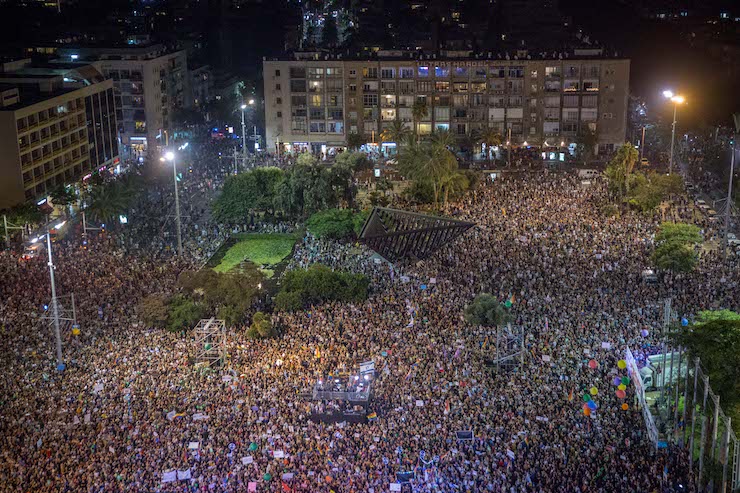 An estimated 80,000 LGBTQ Israelis and allies fill Tel Aviv’s Rabin Square at a mass protest capping off a day of protests and strikes demanding an end to discrimination against the queer community in Israel, July 22, 2018. (Miriam Alster/Flash90)

Thousands also took to the streets in the south Tel Aviv neighborhood of Florentin on Sunday evening for a separate demonstration, protesting the stabbing of a 23-year-old sex worker early last week, which left her in serious condition. The attacker was arrested and could be indicted on charges of attempted murder.

According to LGBTQ activists, Sunday’s strike and protests hearkens back to the 2011 social justice protests, in which hundreds of thousands of Israelis took to the streets to demand reforms over growing economic disparities. Many in the community have openly criticized the government for using LGBTQ rights in order to paint Israel as a haven for queer people in the Middle East, while simultaneously opposing legislation that would grant them full equality. 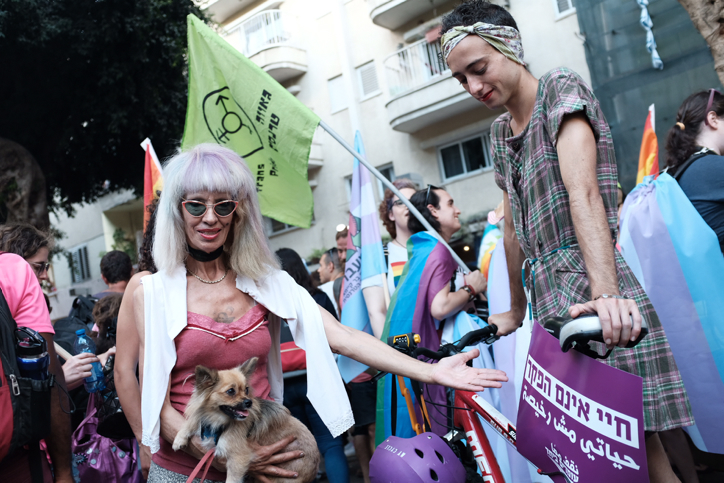 Prime Minister Netanyahu initially pledged his support for a change in the surrogacy law, proposed by MK Amir Ohana, an openly gay member of Netanyahu’s own Likud party, which would have allowed male gay couples to use a surrogate. (Lesbian couples are now allowed to use surrogates.) However, Netanyahu ended up voting against the measure, reportedly under pressure from ultra-Orthodox members of his government. Until the law was updated on Wednesday, the right to surrogacy had only been extended to married, heterosexual couples.

“For the first time ever, the gay community will go on a national strike,” the Agudah, the Israeli LGBTQ community’s umbrella organization, wrote in a statement last week. “Workers from the community, as well as our supporters and partners, will not be at work and will close their businesses to protest the blatant discrimination against the LGBTQ community.”