Liberal Zionism has had 65 years to prove Israel can indeed be both a Jewish state and a liberal democracy. Given its track record, is it time to put the ideology to rest? 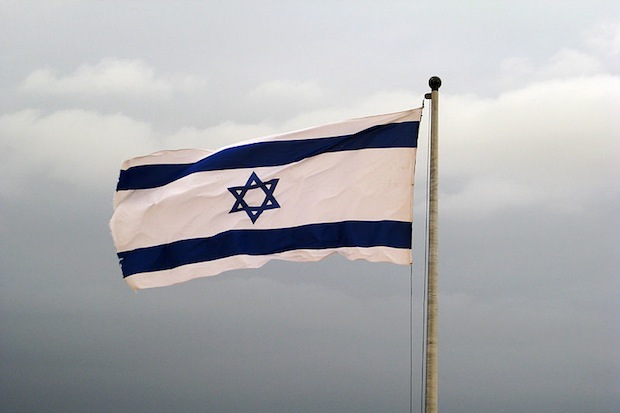 Imagine if you would, for a minute, that Liberal Zionists have been proven correct: that it is totally possible for a state that accords privileges to members of one specific ethnic group only – Jews, in this case – to be a flourishing democracy. Imagine that Israel is indeed a Light Unto the Nations, and that people from all the other nations who see the light can easily immigrate, date, mate and marry a local. Imagine that in the Holy Land, all human beings are treated equally; let’s pretend that we live in the State of “Librael.”

As in the State of Israel, the three weeks that take place during the end of March to the beginning of May (depending on the Hebrew date) are an important time here in the State of Librael. First we celebrate Passover, the holiday of redemption from slavery. Then comes Holocaust Remembrance Day, where we mourn for the victims of genocide. A week later is Memorial Day, where we honor those who fell in battle to fight for our homeland. And the next day is Independence Day, when we celebrate living in the land as free people.

Over the decades, as refugees returned and waves of immigrants ascended to Zion, peoples from all four corners of the globe have imbued these holy days with extra meaning. As the events they are meant to mark begin to recede into memory, people for whom their meanings resonate especially deeply, because of their recent histories, inject the jubilees with their renewed energy, fusing it with Jewish cultural traditions to create a uniquely Libraeli national identity.

Every Passover, when we mark the exodus from Egypt, we are joined by the African Hebrews of Dimona. At the height of the civil rights crisis of the 1960s, thousands of African-Americans left the United States to embrace a biblical way of life in the Land of Israel. The Hebrews remind us that during the trans-Atlantic slave trade, more than 50 million Africans were murdered in the Middle Passage alone, and that even today the American prison-industrial complex holds more Africans behind bars than there were slaves in the 1800s.

On Holocaust Remembrance Day, we remember the six million Jewish people who were killed by the Nazi death machine. The Filipino-Israelis who have immigrated to the country in last few decades remind us that their ancestors suffered the first industry genocide of a million-plus civilians of the 20th century. The Darfuri-Israelis who have arrived in recent years share their personal horror stories from Sudan. Many of them witnessed their families being butchered and the ethnic cleansing of whole villages.

On Memorial Day, the siren cries out all across the country and we stand at attention and give thanks for those who laid down their lives so that we would not have to. Throughout the country, the families of the fallen and shell-shocked survivors, Israelis and Palestinians, gather at the sites of bitterly fought battles to cry and comfort one another. Together, their descendants prove with their bodies and spirits that their sacrifices were not in vain, that they did not die for nothing. Here, no more blood will be spilled in the name of nationalism.

And on Independence Day – or as some call it, Interdependence Day – once the clock strikes 11 and Memorial Day officially ends, the streets erupt in cries of ecstasy. Every living soul – Jews, Druze, Christians, Muslims, Atheists, Asherah-worshippers, and all others – take to the streets and let loose, free from oppression, happy just to be alive and kicking. Nine months later, during the first half of February, in the run-up to Valentine’s Day, the hospital maternity wards are always full up with rainbow babies.

This is how the three weeks that overlap April are marked in the State of Librael. But this State of Librael exists only on an alternate Earth, in our imaginations. Here on the only earth we know, in the very real State of Israel, these three weeks are not a time to reflect on universal truths of heinous slavery, unfathomable genocide, the horrors of war and the struggle for freedom. Instead, they are a time of hyper-nationalist consensus-building, of sharpening the supposed differences between us and them with a race razor.

On Passover, Israelis recall the enslavement of their mythic ancestors thousands of years ago, but most don’t give a thought to the modern-day slavery in their midst. Two years ago, the Knesset amended its laws to restrict the rights of (mainly non-Jewish East Asian) migrant workers to choose where they work and who they work for. Last month, Israel’s High Court ruled that the country’s labor laws do not apply to these same workers, and that they need not be paid overtime for working extra hours.

On Holocaust Remembrance Day, Israelis remember the six million Jewish people murdered by the Nazis, and many curse the countries that refused to open their gates to Jews attempting to flee the bloodbath. But the hearts of most Israelis have hardened to the African survivors of ethnic cleansing campaigns and torture camps. In its determination to remove them from Israeli society, Israel has built the largest refugee jail in the Western world; a government report issued last month called for the African asylum-seekers to be “concentrated” there.

On Memorial Day, Israelis lionize the martyrs of the Israel Defense Force and the pre-state Jewish underground militias who paid the ultimate price to establish the sovereign State of Israel. But when any Palestinian person struggles to achieve the same for his own people – whether by taking up arms or just waving their arms, whether by slinging stones or shouting slogans – they are not called fighters or activists, but terrorists. They are tried in military kangaroo courts, put behind bars for years, and shot or bombed to bits.

And on Independence Day, Israelis rejoice in the streets, celebrating their hard-fought freedoms. But if you believe that Israel should be a state of all its citizens, and that non-Jewish people should not have been expelled and not permitted to return after the 1948 war – and that non-Jewish people should not be expelled today in 2013 – then your freedom of speech and your freedom of movement will be rescinded. Last Independence Day, I live-tweeted as a group of Israeli citizens who planned to speak this simple truth on the streets of Tel Aviv were cordoned off by police; anyone who tried to leave was immediately arrested.

Sixty-five years have now passed since the State of Israel was established. Liberal Zionists have had plenty of time to prove that it is possible for an ethnocracy to simultaneously be a liberal democracy. In this, they have failed miserably. Polls prove what any Israeli who understands Hebrew and has a heartbeat can tell you: that racism is rampant, and that the youth are even worse than their predecessors. Liberal Zionism has given birth to a state that relegates non-Jews to less than second-class status, and a generation of Israelis who believe that they should suffer their servitude in silence, or else leave.

With that kind of 65-year track record, isn’t it high time that Liberal Zionism retired?

David Sheen is a writer and film maker born in Canada and based in Israel. His website is www.davidsheen.com and he tweets at @davidsheen.