The members of Tel Aviv’s Fortuna Records have spent the last several years collecting some of the rarest records from the Middle East. The music runs the gamut from classical Egyptian to Palestinian folk to Greek-Israeli music. Check out a mixtape of their favorite rarities, accompanied by their stunning (and often strange) album covers. The debut album by Koko, an unknown singer on the Tel Aviv “Kol Dorit” label, and who sings in Greek, is without a doubt one of the best albums recorded in Israel during the 1970s. If you ask us, it’s also the best Greek album recorded in Israel, period. Koko, however, was never recognized as a “gifted” singer in the local scene at the time, as many claimed that he did not have the correct Greek accent.

On the cover: Koko dons a flowery, open shirt, flare pants and a golden Star of David necklace as he stands in the middle of “Mini Israel” in a million-dollar pose. No doubt one of the better album covers to come out of the genre. 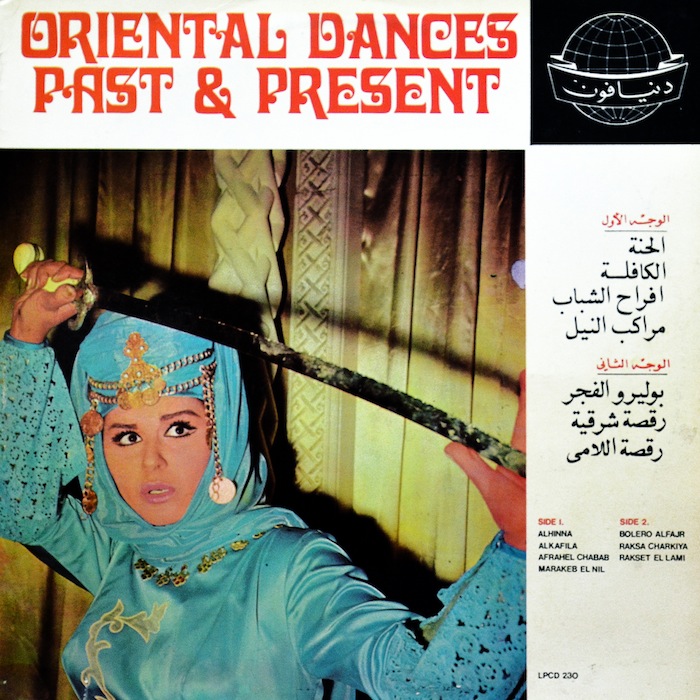 There is no information on this instrumental album that was released in 1974 on the Lebanese Duniaphon label. So little is know that even the name of the artist remains unknown. This is one of the strangest and most special albums that came out of Lebanon in the 70s. Trumpets and saxophones accompanies by darbukas and electric guitars. The beat is the traditional Arab one, but the mood is somewhere between Japan, Lebanon and Spain.

On the cover: The album was bought in a record store in Athens several months ago. Without listening, we just knew this album couldn’t remain in the story. Imagine a Lebanese version of Kill Bill. And it sounds just like it looks… killer! 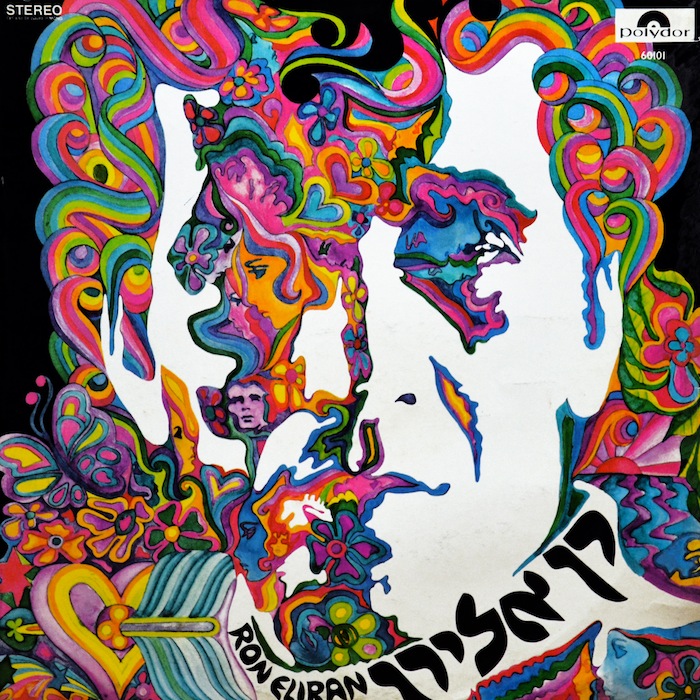 A singer, songwriter and composer, Ran Eliran was one of the most famous wartime singers in Israel. After releasing nearly 25 records in the 50s, he decided to put aside the accordion in 1969 and instead pick up the electric guitar. This album, which does not have a name, is one of the best psychedelic rock albums recorded in Israel. Drums and guitars that compete with the best American rock bands of the time are accompanied by Eliran’s clever and romantic singing.

On the cover: Roni Ben Arzi’s spectacular flower child illustration, likely reflecting Eliran’s use of LSD. Putting aside album covers from the Mizrahi genre, this is our favorite album cover of all time. Laila Nazmi belonged to a small group of Egyptian singers that used humor and satire in their songs. She was too much for the classical Egyptian tradition. Moaning, screaming and gibberish were essential to her music, but the people simply loved her. Despite a rather short career and a small number of records, Nazmi and her songs are still popular in Egypt, and have even been re-done. A sexy voice, light Arabic singing and words that don’t cause one to lose brain cells – all accompanied by a quick darbuka-led beat.

On the cover: A photo of the gorgeous Laila, with a clever smile and her head decorated with flowers. Perfectly reflective of the music on this album: fun, colorful and playful. One of the rarest singles in our collection. To our knowledge, Ajar “the soul child” released only two singles. He was 13 years old when his first single came out, and much to our surprise (or perhaps not), it didn’t make a big splash within the genre. Aside from the single itself, the record has a special value for collectors. There are those who claim that Ajar was the proper answer to Shareef, the Druze child singer who was part of the Azoulay Brothers’ “Koliphone” record company.

On the cover: They couldn’t have spent more than five minutes on this cover. A black-and-white xerox of Ajar. But that was enough for him. How wrong can you go with a song like “He Who Hates You Shall Die?” An exceptional record, out of the thousands of Arabic albums that were recorded over the years. On this album Baligh Hamdi, an Egyptian composer and songwriter, as well as the husband of the diva Warda (and at one point the husband of Lebanese diva Sabah) plays alongside Pakistani sitar guru Magid Kahan. It is a special album that perfectly combines the classical Egyptian sound with the hallucinatory sounds of Indian sitars and tablas. You wanted strange? You got it. Esther Jungreis, an American rabbi, resident of New York, Holocaust survivor and founder of the NGO Hineni is easily the weirdest entry on this list. This is a live recording of a performance at Madison Square Garden in front of a Hebrew-speaking Jewish audience, in which Esther tells a story of a young girl named Melanie. We’ll let you listen to the rest.

On the cover: This album has three different album covers: purple, blue and pale blue. Three covers for one album. The English version has the words “You are a Jew” on it, which made it impossible for us not to take it off the shelf. The Hebrew version that we chose is simply much more fun. In a thick American accent, Jungreis tells us that we are all Jewish. We stopped counting the number of times we bought an album without prior listening – simply because the cover compelled us to – only to come home disappointed. That’s basically what happened with this Faruk Salame record. Salame was an Egyptian musician with very pieces in his repertoire credited to his own name. But there is one song that lasts a minute-and-a-half (not so typical for Egyptian composers of his time) hidden at the end of the record. This made the purchase worth everything.

On the cover: A typical cover from the Egyptian Sono Karo record label. There were a few artists, Salame among them, who were so poorly treated by the label that their faces did not appear on their own record cover (unlike the aforementioned Nazmi). Instead the cover consists of Cairo’s Ramses Square. Sarah Badani was one of the greatest unsolved mysteries of Hebrew music. For years she was known as the “Indian singer who played the bulbul tarang.” Badani owes her fame in part to Rami Danoch, who heard her sing and sent her straight to the Azoulay Brothers to record her only record.

On the cover: Badani photographed next to a bulbul tarang. Dudi Patimer, one of the biggest record collectors in Israel, told us that despite what we previously thought, Sarah never learned how to play any instrument. In fact, it is famed Mizrahi singer Ahuva Ozeri who plays the bulbul tarang on the album. 10. Dancing and Singing Group of the P.L.O. – Palestinians Songs and Dances

Not far from Tel Aviv there is a small, dark and dirty room that, ironically, holds the most incredible collection of Arab records we have ever encountered. The owner has everything! Everything! Every record we have ever dreamed of seeing was just sitting on the shelf as if it just came out of the factory. This was the first record that caught our eye as we entered the room. Obviously it was important for us on a symbolic level. The record was pressed in Germany in the 1970s, and we still haven’t figured out whether this was a real band, or whether it is just a generic name for folk music from Palestine. The album itself is very diverse and includes songs praising the land of Palestine, Arabic folk songs and other interesting tunes. The specific song we chose is an instrumental piece composed of a darbuka and a zorna.

More from Café Gibraltar:
Re-learning history: A tribute to North Africa’s Jewish artists
LISTEN: Classic Lebanese sounds, from jazz to Fairouz
Outside the jukebox: Female sounds of the Middle East