MK Mitzna adds that he hopes the departure of his party from the coalition will lead to its downfall. 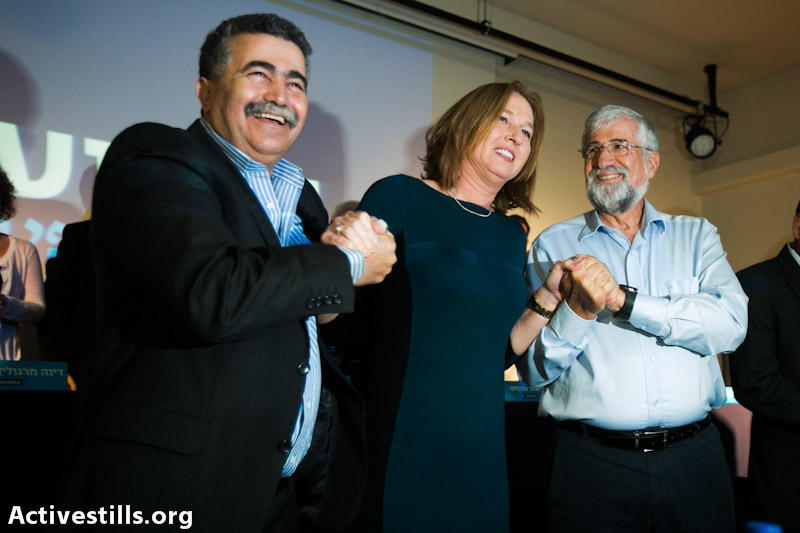 Amram Mitzna, former head of Labor party and currently number two in Tzipi Livni’s Tnuah party, called on his fellow party members to leave Netanyahu’s government due to the prime minister’s lack of commitment to the peace process. “I don’t believe Netanyahu anymore that he is interested in a settlement with the Palestinians,” said Mitzna in a public political event in Kfar Saba.

Mitzna added that he hopes the Tnuah’s departure from the coalition will make the government fall. Netanyahu’s collation has 68 members but without Livni it would only have 62, only one seat more than a Knesset majority. Estimates are that such a narrow government will either be highly dysfunctional or will collapse altogether.

This is a new position for Mitzna, suggesting the great depth of his disappointment with Netanayhu. Only recently, Mizna published an op-ed in Haaretz explaining that his party’s presence in the government puts checks on the extremism of the Jewish Home party, and it was thank to Livni that negotiations with the Palestinians took off in the first place. Recent events, such as Netanyahu’s response to the Palestinian unity government and the announcement of 1,500 new settlement housing units could have contributed to Mitzna’s change of heart.

On Friday, Channel 2 reported that leaders of the centrist parties – Lapid, Livni and Herzog – have begun secret talks on establishing a bloc that would challenge Netanyahu and Lieberman’s Likud-Beitenu party. Some early negotiations also included former Likud minister Moshe Kahlon. So far, no breakthrough has been reached.