Local Call wins NIS 25,000 for its persistent coverage of the joint feminist struggle between Arab and Jewish women against gender violence. 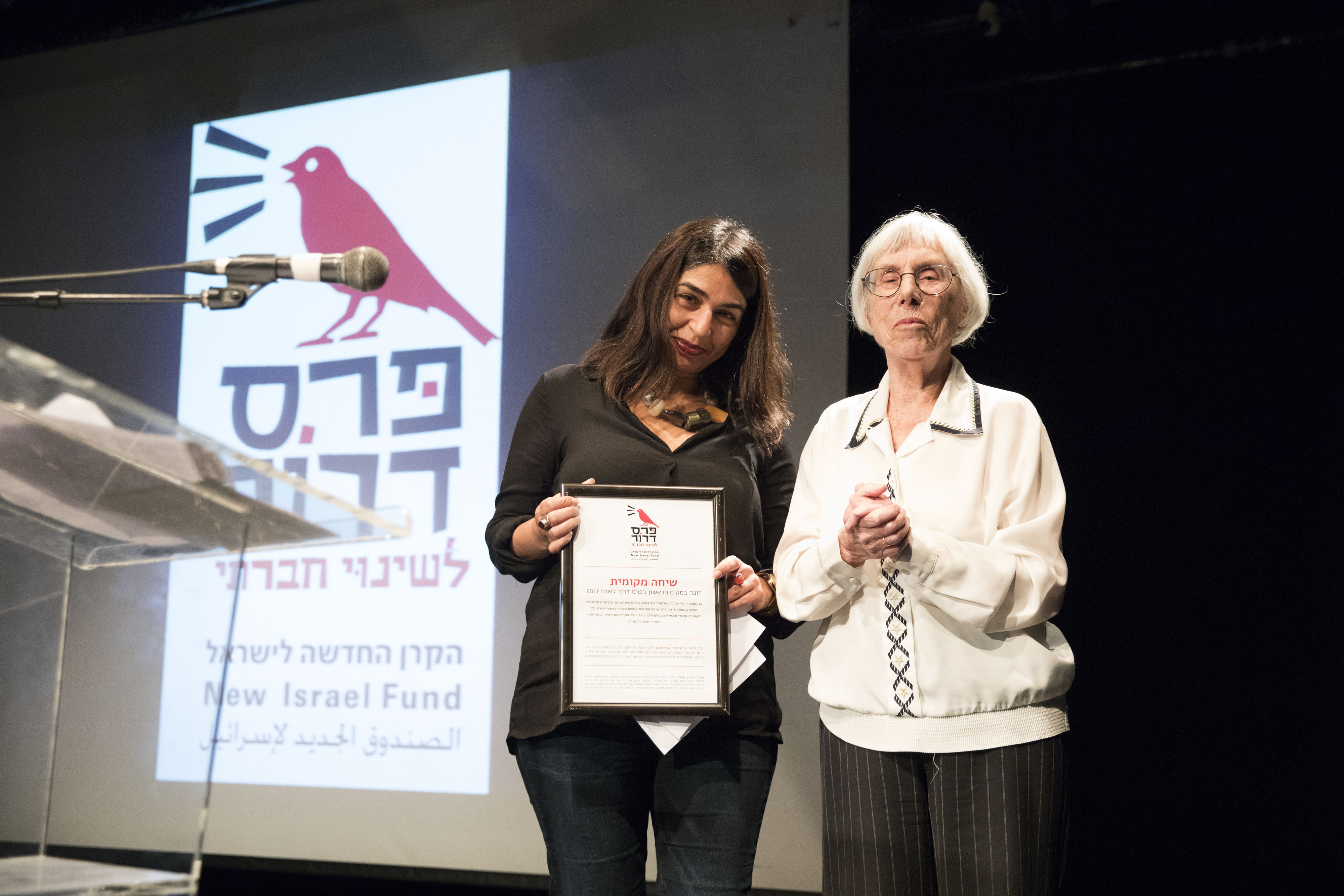 Hebrew-language site Local Call won the Dror Prize for social change, along with a NIS 25,000 cash prize, on Friday, for spotlighting the joint struggle between Jewish and Arab women against gender violence in Israel.

Spearheaded by Local Call and +972 writer Samah Salaime, along with Local Call’s editors Yael Marom and Orly Noy, the site published a series of articles in 2017 dedicated to the Arab women who often find themselves confronting not only gender violence, but a police force that does little to combat violence against women, a Jewish public that ascribes that violence to “Arab culture,” and a mainstream media that almost entirely ignores them.

In their decision, the committee, headed by former Supreme Court Justice and current president of the Israel Press Council Dalia Dorner, wrote that “Local Call’s persistent coverage of the issue has managed to affect central news outlets in Israel and across the world, and bring the mainstream closer to a joint feminist Jewish-Arab discourse.”

In 2017, Local Call — a project of ‘972-Advancement of Citizen Journalism’ (which also publishes +972 Magazine) Just Vision, and Activestills — exposed the murder of a Bedouin woman in the Negev village of Laqiya, as well as police harassment of a family that organized a protest against the police. It put a spotlight on the proliferation of weapons in all sectors of Israeli society, and the danger it poses to women. Meanwhile, Local Call writers were there to cover demonstrations organized by Arab women in Lod, Jaffa, Majd al-Krum, and other cities.

Local Call also dedicated much of its coverage to the struggle of Jewish women against gender violence in Jewish-Israeli society, including articles on initiatives to end sexual harassment in Israel’s nightlife scene, the hardships of economic violence, as well as a critical look at the Israeli policies that seek to bring an end to the murders. News articles were accompanied by op-eds that sought to understand the challenges of Jewish-Arab partnership in the struggle against violence against women.

The Dror Prize, which since 2014 has been sponsored by the New Israel Fund, is awarded annually to people or organizations that promote social change in Israel. This year, the committee sought to award the prize to initiatives and campaigns focused on building a joint society.

This year runners up awards were given to “Mirkam Ezori” for its project on citizenship, The Abraham Fund for providing Arabic courses to media outlets, and to the organization “Elifelet” for its work in south Tel Aviv in makeshift kindergartens. Past winners include media watchdog site The Seventh Eye, the joint Israeli-Palestinian activist group Standing Together, and Tag Meir, a coalition of Israeli groups that combat anti-Arab hate crimes.

Local Call editor and +972 writer Orly Noy, accepted the award on behalf of the site, thanked the committee and said the recognition was “especially moving,” calling the fight against violence against women is a “revolutionary one.” 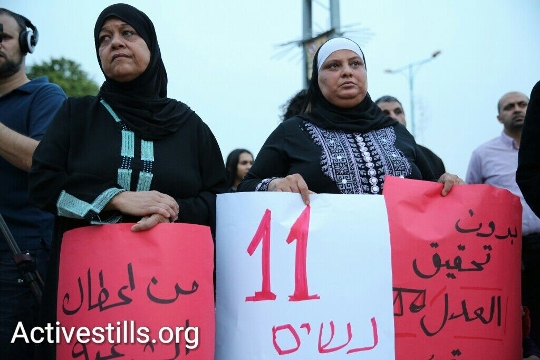 “Over the past few months, we have witnessed a wave of brave women who are speaking out about the sexual abuse they have faced, no longer as humiliated and silenced victims, but those who are creating a new agenda. Women who have learned to revolutionize the use of the media. We are very proud to be part of this revolution, and will continue to provide a platform and accompany those brave women who are leading it for a better world for all of us.”

Noy also read a speech prepared by Salaime, who could not attend the ceremony. For Salaime, neither the “feminist struggle of Palestinian women nor the fight for a “different kind of journalism” are over. “Local Call combined these two struggles and gave us, Arab and Jewish women, the stage to talk about violence against women — in Hebrew and not only in Arabic — as well as gender violence and other groups of women whose voices are not heard.”

“Thanks to Local Call’s continuous coverage of the issue,” Salaime continued, “we now have partners from all different population groups. I, along with the bereaved families and the victims of gender crimes in both Arab society and Jewish society no longer have to remain silent.”

At least 18 women have been murdered by their family members this past year, including women of all ages and religions, immigrants and Israeli-born. According to statistics, a woman is murdered by a member of her family every 16.5 days. Every 13 minutes, a woman or teenage girl calls a hotline for victims of sexual abuse. In 89 percent of those cases, the caller knows the attacker, whether he is a family member, partner, friend, neighbor, colleague, or teacher.